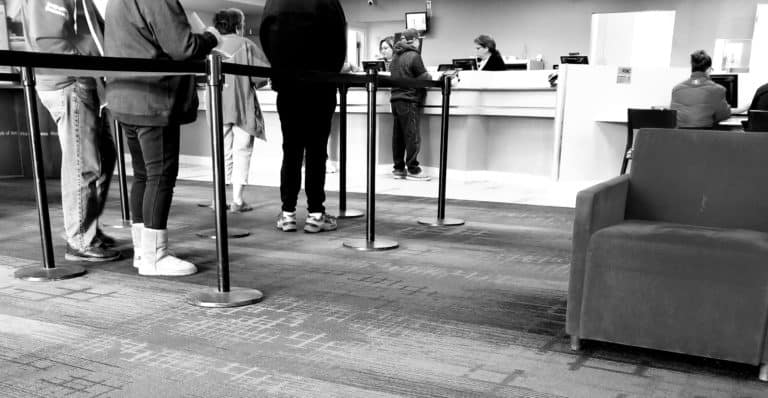 The Deficit Myth: Banking Between the Lines

“NOW, THE REST IS UP TO US BECAUSE WE ARE RESPONSIBLE FOR EACH OTHER AND TO EACH OTHER.

WE ARE RESPONSIBLE TO THE FUTURE, AND NOT TO CHASE MANHATTAN BANK.”

This post is part of our symposium on Stephanie Kelton’s The Deficit Myth. You can find the full symposium here.

Financiers pop up throughout TDM: as bond vultures, pension thieves, currency crashers, etc., as well as analytical experts. More importantly, they appear as payments systems operators, quantitative-easing counterparties, primary dealers, etc. As the title suggests, Stephanie Kelton has written a best-selling, counter-hegemonic book on “public finance.”  Kelton appropriately elevates the power of the public purse to create a “people’s economy” centered on care, rather than predation.

Mason declares that “[t]he book begins with a claim that all money originates with the government.” But in the very sentence Mason then quotes, Kelton merely writes, “MMT takes as its starting point a simple and incontrovertible fact: our national currency, the US dollar, comes from the US government, and it can’t come from anywhere else–at least not legally.” This is not a statement about all money, but one currency—the US dollar. As Chapter 5 clarifies, MMT recognizes a spectrum of monetary sovereignty, with the US, as a global currency hegemon, on one end, and many nation-states in the Global South, indebted in the hegemon’s dollars “to pay for food, medicines, and other critical imports,” on the other.

Yet here MMT even offers something new: grounding in constitutional and administrative law. For Mason, “[b]anks are money issuers every bit as much as the government.” This may seem intuitive for some; it is empirically untrue for, say, an unbanked person who needs an emergency COVID-19 payment (or is otherwise a victim of the “gentrification of payments”). That is to say, it is incoherent from a perspective that acknowledges financial hierarchy and the constitutive role of public law.

As Nathan Tankus has noted, MMT generally encourages analysts to consolidate the Fed as a legal subunit within the rest of the US government. When one integrates central banking….one definitionally brings banking into the picture. For instance, in Chapter 2, Kelton describes how the Fed issues bank reserves (the public monetary base of the broader banking system) and the Treasury issues bonds (the public monetary base for capital markets). Shespecifically argues monetary policy, which pushes the banking system to generate stable growth, is usually inferior to fiscal policy. As Kelton writes, banks can’t “…spend money directly into the economy, so the best they can do to promote employment is to try to establish financial conditions that will give rise to more borrowing and spending.”

Mason questions what powers the government actually has over “bank money.” Legally speaking: plenty. As Katharina Pistor argues, the legal tender the state issues sit above “bank money” in the hierarchy of moneyness, because it is “backed by the coercive powers of that state, including the power to unilaterally impose liabilities on others…” Contra Mason’s suggestion, the “function of the regulations and institutions of the financial system” actually do flow from what Kelton characterizes as “government’s monopoly on currency issuance.” In various ways, scholars have argued the government has delegated some of its money-creation power to banks. Indeed, 33 banking law scholars recently submitted an amicus brief to the Second Circuit Court of Appeals, arguing that “[c]reating deposit dollars is a delegated sovereign privilege” and that the Office of the Comptroller of the Currency (the national banking regulator) lacks the authority to charter Silicon Valley firms.

While Christine Desan (and Kelton!) generally approach money and banking as a small-c constitutional project, discussing TDM andMMT through the lens of administrative regulation helps us see how financial power flows from monetary design, fundamentally shaping our political economy.

Take the “finance franchise” view. Like MMTers, Saule Omarova and Bob Hockett argue banks can generate rather intermediate finance capital; this is why much banking regulation exists in the first place. Like Omarova and Hockett, all MMT economists support robust, precautionary financial regulation (especially in the form of price-stabilizers). Warren Mosler sees US banks as corrupted “public/private partnerships”, arguing for a bright-line barrier between vanilla banking and capital markets. Scott Fullwiler has long argued banks do not seek deposits to expand lending, asserting that “the only relevant quantity constraint on creating a loan is capital—assuming capital requirements are strictly enforced…,” ultimately agreeing with Omarova and Hockett that regulatory stricture is “social and legal practice.”

In the “money as infrastructure” view, Morgan Ricks frames bank chartering as procurement. Following the Civil War, only state-chartered or nationally-chartered institutions have been allowed to incur bank deposit liabilities, creating a logical site for regulation. MMT legal scholar and white-collar criminologist Bill Black agrees, but notes the Law and Economics movement has driven a race-to-the-bottom in charter-based enforcement.

Of course, the global financial crisis did not flow merely from chartered banks. In a 2012 law review article, MMT economist (and Hyman Minsky protégé) Randy Wray analyzed the role of “shadow banking” in the run-up. For Wray, as for Ricks, the popularity of the orthodox “intermediation view” of banking bears some blame for deregulation. Wray’s argument finds harmony with Omarova and Hockett, who argue shadow banks dangerously “amplify and replicate the core banking franchise”, necessarily taking advantage of the legal foundations constructed for chartered banks by the Fed and Treasury. We all agree shadow banking now creeps from Silicon Valley; MMT legal scholars are taking their shifts on the watchtower.

Oddly, accurately acknowledging what MMTsays about private finance hardly changes the mission. Around the world, MMTers and our allies are fighting to shift power from undemocratic banks and other corporations to domestic legislatures and treasuries. This is geopolitically crucial: as Pistor argues, capital’s international mobility is ultimately backed by the laws of England and New York State, “a few international treaties, and an extensive network of bilateral trade and investor regimes, which themselves are centered around a handful of advanced economies.” In Chapter 5, Kelton argues for the permanent regulation of international capital flows. More importantly, she follows MMT economist Fadhel Kaboub in promoting direct job creation, energy and food independence, and South-South trade partnerships.

TDM doesn’t ignore private finance—it fights for public finance. While the book doesn’t nakedly stoke class war, it’s not shy about power. Readers know the context. Today, Wall Street and Silicon Valley distribute the necessities of social reproduction—healthcare, housing, education, etc.—by shouldering everyday people with debt in racialized and gendered ways. This renders our economy especially vulnerable to the pandemic. As MMT economist Zdravka Todorova has argued: in a monetary production economy even carework can only continue for so long without public funding. Wall Street already lives in many of our heads — and charges us rent on our thoughts. TDM shows everyday folks how we can push private finance out of our lives and we can instead care directly for people, community, and planet.

1 thought on “The Deficit Myth: Banking Between the Lines”