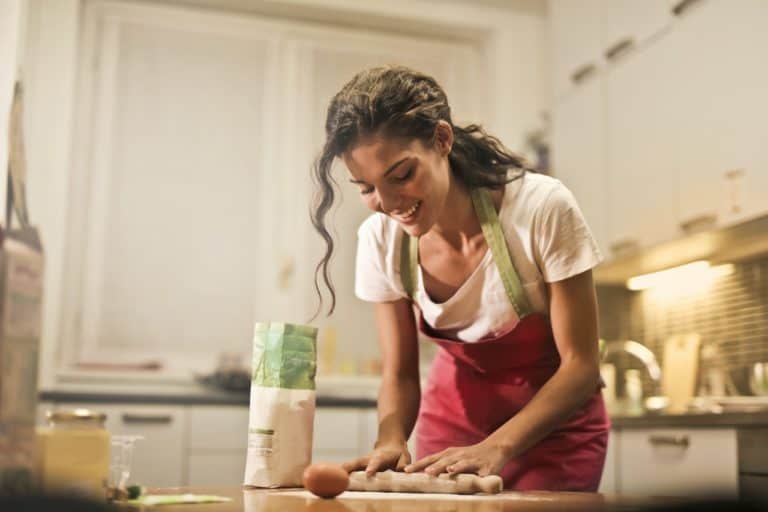 This post is part of our symposium on universal basic income.

“ONCE WE HAVE UNDERSTOOD HOUSEWORK, WE WILL UNDERSTAND THE ECONOMY.”

At its simplest, basic income is a social policy program–a cash transfer like Unemployment Insurance, Social Security, or the Earned Income Tax Credit. Each of these programs is meant to address a particular social and economic problem in an effective and efficient way. But, like each of those programs, basic income also embodies a normative perspective on capitalism, citizenship, and individual and collective responsibility for the basic economic security of individuals and groups. What distinguishes a basic income from other cash transfers is its universality, its unconditionality, and the individual, rather than household, basis of the benefit calculation. Rather than targeting specific demographic groups with different means tests and eligibility requirements, basic income targets economic insecurity through a single program open to all.

“Targeting through universalism” is counterintuitive and generates skepticism about the wisdom of sending checks to billionaires like Jeff Bezos. A similar skepticism is found in debates about basic income’s relation to care work, particularly the unpaid care work disproportionately performed by women. How could basic income compensate unpaid carers when it goes to everyone–men and women, carers and non-carers–alike? Wouldn’t it be more effective and efficient to compensate unpaid care work directly through a program specifically for caregivers? Or, alternatively, to institutionalize care for children, elders, and the disabled, thereby replacing unpaid work with paid work?

If the goal of a social policy is to promote economic security, no other program can beat basic income on effectiveness. Targeted programs cannot ensure that no one falls through the inevitable gaps in program eligibility. In the unprecedented economic crisis caused by the COVID pandemic the US government could not reach even all those eligible for the $1,200 stimulus payments authorized by the CARES Act despite having federal income tax, Social Security, and other policy program records for millions of Americans. Many of those eligible for the payment were not enrolled in existing programs or had incomes too low to owe income tax. The challenges of implementing the CARES Act’s stimulus payments demonstrates the effectiveness of having in place a mechanism for even a modest universal cash transfer that can be scaled up when crises occur.

The CARES Act’s stimulus payments also made clear that “universal” cash transfers can be efficient as well as effective. The universality of a basic income does not imply that every single person receives it. Rather, it means that it is not limited to particular demographic groups, such as workers, the unemployed, taxpayers, or parents, nor is it limited to the poor. Any cash transfer program has to be paid for somehow, and the way it is financed determines whether there are net recipients and net contributors, and where the line falls between those groups. The full stimulus payments were limited to individuals and families with income levels up to $75,000 or $150,000, respectively, with phase-outs above those levels–incomes far above the federal poverty threshold. Any income limit could be considered a form of means-testing, but a phase-out threshold this high means that about 90% of households were eligible for at least a partial payment, broadening its reach well beyond that of our other cash transfer programs.

These income limits embodied a recognition that the pandemic’s economic effects were broadly but unequally felt and that the payments were meant to address this inequality. The payments were funded out of general revenues, meaning that much of the cost would, at least in theory, be borne disproportionately by higher income taxpayers–including Jeff Bezos–through the progressive federal income tax. The stimulus payments program was imperfect in many ways, but it demonstrated how a “universal” cash transfer can be both effective in reaching those who need it while at the same time efficient in restricting it from those who don’t.

If we were to articulate the normative principle embedded in the stimulus payments, it would go something like this: during a time of economic crisis, all Americans–whether employed or actively job-seeking or not–should have access to at least some cash with which to meet their needs, and those who are comparatively well-off should be the ones to finance the transfer. If we consider the merits of some sort of compensation for care work, we need to ask not only who should get it and under what conditions, but who should pay for it.

A short-lived Marxist-feminist movement in the 1970s offered answers to these questions under the banner of a provocative slogan: Wages for Housework. The Wages for Housework movement was launched in Italy in 1972 by the International Feminist Collective (IFC), a group founded by Mariarosa Dalla Costa, Selma James, Silvia Federici, and Brigitte Galtier. In Federici’s words, its goal was “to open a process of international feminist mobilization that would force the state to recognize that domestic work is work” and to remunerate it accordingly (Federici, Revolution at Point Zero, 2012). The IFC brought a critical Marxist perspective to the analysis of the place of housework in the larger system of capitalist domination, arguing that the foundation of “productive,” waged, typically male, labor is unpaid, “reproductive,” typically female, labor in the home, and that the emancipation of waged labor could only come through this recognition.

The IFC’s slogan offended almost everyone, including the emerging women’s movement, whose leaders saw employment outside the home as the road to women’s emancipation; the labor movement, which saw its constituency as men working in factories; and at least one critic who bemoaned the encroachment of wage relations into the family sphere, which would no longer serve as a respite from capitalism domination. The movement never articulated a clear plan for how wages for housework would be calculated and paid, and Dalla Costa herself expressed ambivalence about the implications of the slogan and the possibility that it would “entrench the condition of institutionalized slavery.” “The demand for a wage for housework is only a basis, a perspective, from which to start, whose merit is essentially to link immediately female oppression, subordination and isolation to their material foundation: female exploitation. At this moment this is perhaps the major function of the demand for wages for housework.” (Dalla Costa, “Women and the Subversion of Community,” 1972) The translation of the slogan into a practical demand–a policy program–was yet to come and could only emerge from those who embraced this perspective and gained consciousness as part of a wider working class movement.

Federici and another IFC member, Nicole Cox, later extended the gendered division of labor into divisions by other characteristics–whites vs. blacks, youth vs. adults, First World vs. Third World–and to an underlying opposition of “a ‘working class’ to a ‘non-working’ proletariat, supposedly parasitic on the work of the former.” “Ultimately the social weakness of the wageless has been and is the weakness of the entire working class with respect to capital.” (Federici and Cox, “Counterplanning from the Kitchen Table,” 1975) In this way, they demonstrate that adopting the housewives’ perspective, rather than limiting their analysis to the comparatively narrow question of how women can be compensated for their unpaid labor, expands inevitably to the much broader question of how labor can advance its interests against capital.

[N]ot to see women’s work in the home is to be blind to the work and struggles of the overwhelming majority of the world’s population that is wageless. It is to ignore that American capital was built on slave labor as well as waged labor and, up to this day, it thrives on the unwaged labor of millions of women and men in the fields, kitchens, and prisons of the United States and throughout the world. (Federici and Cox, “Counterplanning from the Kitchen Table, 1975)

The “Wages for Housework” demand, on this view, is explicitly not a demand for a policy program to compensate housewives–not a “lump of money,” in Federici’s words–but a normative perspective critiquing capitalist domination of all labor–waged and unwaged. Unlike workers’ demands for higher wages, the demand of housewives for wages outside of waged labor “forces capital to restructure social relations in terms more favorable to us and consequently more favorable to the unity of the class.” (Federici, Wages Against Housework, 1975)

WAGES FOR HOUSEWORK AND BASIC INCOME

If we accept the perspective of the Wages for Housework critique of capitalism, what are the policy implications? Not, certainly, the restriction of compensation to those who perform a prescribed number of hours of state-approved care work. Nor does the answer lie in the outsourcing of care work to state-paid workers outside the home, with the cost socialized across all workers through payroll or income taxes. Rather, the clear implication is that capital must pay for reproductive as well as productive labor. Debates about whether basic income is good for women or not, or whether paid care workers should receive higher wages, or whether care should be provided in or outside the home all detract from this fundamental truth. Women’s emancipation–and indeed the emancipation of all members of the non-capitalist working class, domestically and internationally–requires not an increase in wages but a redistribution of capital.

Capital, in the contemporary economies of the world, can mean many things beyond the Marxian “means of production”–we now use the term to refer to immaterial human assets, including education and social networks, in addition to property and financial instruments. Marx and Engels, in the Communist Manifesto, define capital by its social power: it is accumulated labor, the surplus beyond what is required to reproduce labor, which has the power to command the labor of others for their own survival. A hallmark of capitalist societies is their division into those with no assets but their “living labor” power, in Marx and Engels words, and those who have accumulated labor–either their own, because their wages exceed their reproductive needs, or the accumulated labor of those whose labor they command. Just as an unconditional income independent of labor diminishes the power of accumulated labor over living labor, an individual income independent of household income diminishes the power of wage earners over unpaid caregivers.

A “lump of money” in the form of a basic income does not resolve the distributional or power inequalities between those with capital and those without, nor does it ensure an equitable distribution of the burdens and rewards of care work. But a basic income financed by taxes on capital has some advantages over both traditional laborist responses to capitalism, which tend to ignore care work, and over institutionalization of care work, which tends to reproduce gendered divisions of labor. A basic income diminishes the division between waged and unwaged labor, providing all recipients with the ability to combine care work with waged labor, rather than choosing one or the other. It makes visible the work that is the foundation of all income and wealth and demands its compensation from those who benefit from it, laying the groundwork for further mobilizations by a united working class against the inequities of capitalist economic systems.