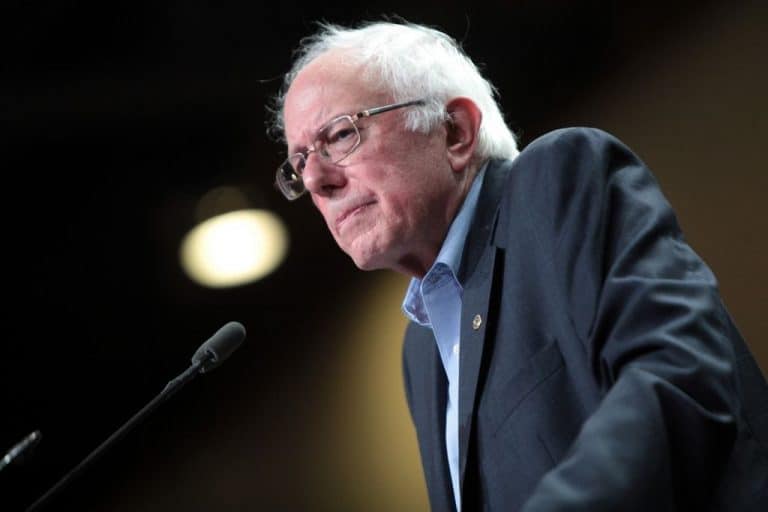 Bernie Sanders Has a Major Problem

Senator Bernie Sanders, Independent from the great state of Vermont and standard-bearer of today’s progressive movement, has a problem. It’s not a problem with his willingness to fight for the people, which is unmatched. It’s not a problem with his support for the progressive, democratic socialist values of FDR; in fact, their likeness in spirit is uncanny. It’s a problem that has grown in recent years since he was elevated into the national conciousness during the 2016 Presidential primaries. It has grown in tandem with his meteoric rise in popularity.Yes, Bernie has a major problem: his most loyal followers.
Like many popular politicians, Bernie Sanders has been worshiped to the point of quasi-sainthood by his most dedicated followers. To them, his every word is taken as the God-breathed, canonical truth. His every action is lauded as the unfolding strategy of a master chess player, besting his opponents with incomprehensibly complex calculations fit only for a prophet of the new age.

During the 2016 Democratic primary campaign, Bernie Sanders, the people’s champion, spoke frequently about his efforts not being about himself, but instead about the people. He told us not to vote as he suggested but to follow our own plans and hearts. He said, “Not me, us,” yet many still treat him as the second coming, infallible and beyond critique. Some go so far as saying anyone who speaks out against his positions, on anything from Russia to his intractably incorrect stances on federal taxes serving as revenue, is somehow “Bernie bashing.”

Bernie is about as good of a politician as we have seen in the US in the nearly 40 years he has served, but two things are certain: (1) Bernie is human (a.k.a. fallible), and (2) is a politician, not an economist, or a professional truth teller. Being a politician creates a series of difficult dichotomies that his most faithful followers make even more difficult to overcome.

Let’s look at a couple areas that we must consider to make the point.

First, the Russia-gate investigation. Bernie Sanders is attempting to make nice in the Democratic Party so he can use them to pass his agenda and move the country leftward. But the current Democratic Party despises progressives. It has been documented and is, at this point, indisputable. So, Bernie has agreed to push their nonsensical attacks on reality and to continue giving them a pass for their rigging of the primaries against him. While Bernie has played along with the party in exchange for a highly visible role within it, his followers have spent their time shouting down and whining about “Bernie bashing” when critical progressives bring up these issues. When they shut down critiques and refuse to see the truth, they create the very insulated echo chambers they decried Clinton and Trump supporters for retreating into.

This is unfortunate and prevents politicians like Bernie Sanders from altering the popular narrative because the circular logic presented by his adherents is to protect, make excuses for, and parrot the lines and themes. How unfortunate: Bernie loses, progressives lose and the establishment wins. Bravo.

Second, when asked how he will pay for his programs, he consistently talks about raising federal taxes to pay for domestic spending. He also talks about reducing the deficit while simultaneously ignoring that the federal sector deficit is a private sector surplus. Two sides of the ledger. The government spends the money into the economy. We need that money to keep flowing so that we avoid recessions. His top economist, Stephanie Kelton of Stony Brook University and the Sanders Institute, would tell you, in no uncertain terms, we must stop with seeking out the “pay fors” and remember that the answer to the question of how to pay for these programs will always be congressional appropriations. The United States is monetarily sovereign like Russia, Canada, Australia, UK, and Japan. It has no means to live within. Cutting spending and raising taxes are both forms of austerity and are unnecessary.

Yet, telling Bernie Sanders’ most passionate fans that their hero is wrong about needing to raise taxes to pay for stuff and that reducing the deficit is not only bad economics, but is the same neoliberal nonsense that the Hillary campaign wanted, is considered blasphemous.

For Bernie to change, his followers must change, but alas, they feel they must deflect, defend, and ignore anything not explicitly stated by Bernie, a politician who is stuck saying the things we believe so that he is not painted as a kook or excommunicated by the Neoliberal establishment. His followers are failing him miserably by ignoring truth to defend his false political statements.

This is unfortunate and prevents politicians like Bernie Sanders from altering the popular narrative because the circular logic presented by his adherents is to protect, make excuses for, and parrot the lines and themes. How unfortunate. Bernie loses, progressives lose and the establishment wins. Bravo…

Last, but certainly not least, Bernie is an Independent. He has always required independence to build strong coalitions across partisan divides. He was called the “Amendment King” because he was always seeking ways to sneak progressive laws into the mix. He was always able to work with the strangest collaborators across the entire political spectrum. His voracity was never questioned. Now, Bernie is working to perform outreach for the Democratic Party. His independence has been sullied a little with his endorsement of Hillary Clinton, the worst of all Neoliberals, and his efforts to pull Independents back into the Democratic Party.

Why is this a problem? Aside from the obvious partisan issues, his position is lessened by his chief supporters never missing an opportunity to knock third party efforts such as the Movement for a People’s Party (MPP) and the Green Party. These efforts outside the duopoly apply pressure to the establishment and increase the Senator’s standing by showing the people want what Bernie sold during the primaries. The people crave a truly progressive party that represents the people, the environment and our collective wellbeing. Progressives are looking for a party that represents their needs ahead of Wall Street speculators and corporations. That will never happen while the “DemEnter” crew continues to take a massive proverbial dump on the efforts of third parties. By their diminishing the voice of third parties and keeping primaries closed, the very Independent voters NOT represented by the duopoly will continue to check out of the political process and empower even more corporate Democrats and Republicans to run the nation into the sewer.

This is unfortunate and prevents politicians like Bernie Sanders from altering the popular narrative because the circular logic presented by his adherents is to protect, make excuses for and parrot the lines and themes. How unfortunate. Bernie loses, progressives lose and the establishment wins. Bravo…