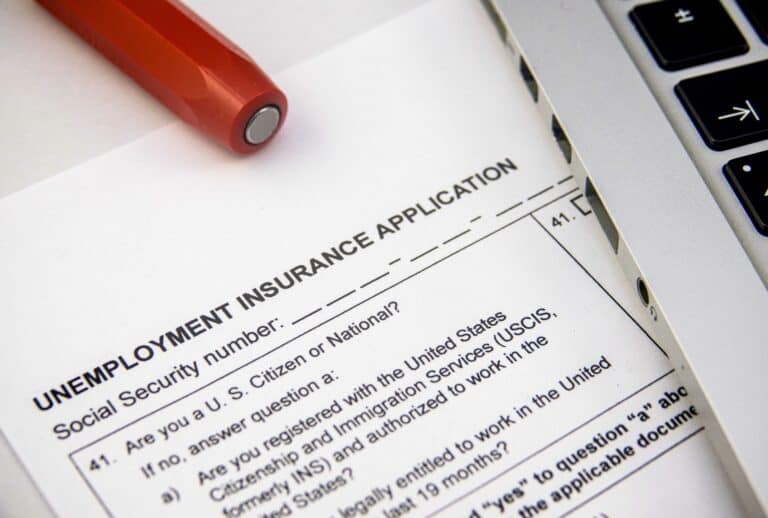 Unemployment numbers on TV and the front pages are advertisements, not information. Depending on which measure you use, they undercount the true number of unemployed workers by millions. There is little qualitative understanding of the employment situation. The infrastructure bill that became law in November 2021 illustrates why citizens need to know how to evaluate promises about jobs. The White House cites Moody’s Analytics, saying this bill will add 1.5 million jobs per year for ten years. At that rate, the Biden administration would eradicate unemployment (6 million in March) with several years to spare. If that bill is what it claims, why does this sound impossible? These spending bills are sold on the promise of creating good jobs, although it is safe to expect more inequality powered by Reaganomics. Before the pandemic, Donald Trump presided over a 3.5% unemployment rate and Joe Biden’s was as low as 3.6% in March. The assumption is less than 5 people out of 100 are out of work. However, some lesser-known indicators published by the Bureau of Labor Statistics (BLS) call the standard unemployment rate into question.

Eventually, long-term unemployment causes disillusionment and people find ways to survive outside of the above-ground job market.  People who want work but have given up trying are excluded from the labor force as “discouraged workers.” While it is true that these workers may not have searched for work in the previous 4 weeks, the word “discouraged” leads us to the conclusion that a little encouragement was the only missing ingredient that kept them from gainful employment the previous 12 months. These classifications justify policy choices that produce high unemployment.

Of the employment underutilization measures that the BLS publishes, the standard unemployment rate (U-3) is not even the most inclusive. U-6 measures Unemployment when you add back the people marginally attached to the labor force and involuntarily working less than full-time. The graph below shows the difference in the reporting of the two unemployment measures. None of these measures adequately track the scale of underemployment. Since employers can hold out for a labor cost that provides an attractive return on investment, power is disproportionately on the side of employers. The employee works to live and must eventually accept a job, even if the wage barely covers subsistence. Their need for more employment, commensurate with their experience, is not considered in the unemployed labor force. They are employed in the most limited definition.

Alternatively, Ludwig Institute for Shared Economic Prosperity publishes a true unemployment rate including people who are functionally unemployed. It was 22.5% in January. Jobs that are below subsistence wages are not functional. “Using data compiled by the federal government’s Bureau of Labor Statistics, the True Rate of Unemployment tracks the percentage of the U.S. labor force that does not have a full-time job (35+ hours a week) but wants one, has no job, or does not earn a living wage, conservatively pegged at $20,000 annually before taxes.”

No single measure of our job market can ever tell the entire story, but the standard unemployment rate has little utility because it is so exclusionary. Understanding the practical effects government spending has on the job market provides a way to fight back. There has been widespread misinformation blaming government spending and a tight job market for the recent inflation in some sectors of the economy. Clearly, these are supply issues which are commonly reported with video of freighters waiting to dock in a line stretching to the horizon. In response to inflation fear-mongering, Professor Fadhel Kaboub, President of the Global Institute for Sustainable Prosperity, recommends targeted spending. He explains inflation as predatory pricing. This is supported by a sudden and recent increase in corporate profits. Increasing government spending is only counterintuitive at first glance. When thinking of spending in terms of investment, $1 of productive value can become $2. If this were not true, there would be no private business and no financial markets. Well-targeted spending can expand productive capacity in areas of the economy that would otherwise see shortages, and new production would create competitive jobs. With fear of inflation assuaged, workers can confidently reject the new normal, high-unemployment policy.