This Land is My Land

Author:
James R. Skillen
Date Published:
09/01/2020
Among American conservatives, the right to own property free from the meddling hand of the state is one of the most sacred rights of all. But in the American West, the federal government owns and oversees vast patches of land, complicating the narrative of western individualism and private property rights. As a consequence, anti-federal government sentiment has animated conservative politics in the West for decades upon decades. 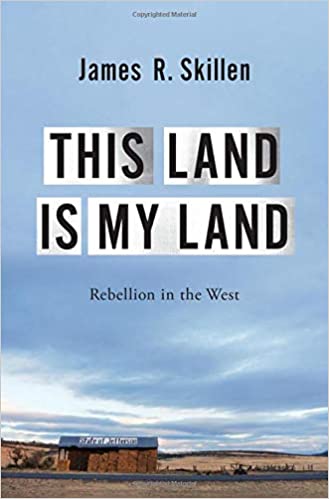 In This Land Is My Land, James R. Skillen tells the story of conservative rebellion-ranging from legal action to armed confrontations-against federal land management in the American West over the last forty years. He traces the successive waves of conservative insurgency against federal land
authority-the Sagebrush Rebellion (1979-1982), the War for the West (1991-2000), and the Patriot Rebellion (2009-2016)-and shows how they evolved from regional revolts waged by westerners with material interests in federal lands to a national rebellion against the federal administrative state.
Cumulatively, Skillen explains how ranchers, miners, and other traditional users of federal lands became powerful symbols of conservative America and inseparably linked to issues of property rights, gun rights, and religious expression.

Not just a book about property rights battles over Western lands, This Land is My Land reveals how the evolving land-based conflicts in the West since the 1980s reshaped the conservative coalition in America-a development that ultimately helped lead to the election of President Donald J. Trump in
2016.