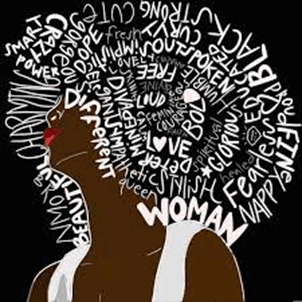 I May Be By Myself, But I Am Not Alone

I don’t remember how old I was when I realized I was a black girl. I do know that in high school I was told I was ‘pretty for a black girl’ and ‘you’re ‘black’, but not a n*gger.’ Before that, I was able to live in ignorant bliss with me and what my mother called a “rainbow coalition” of friends. I grew up in a diverse friend group: biracial, white, black, Hispanic. Race was never an issue. Then we combined with other neighborhood schools for middle and high school. Things changed then, but still not enough to weigh on me. The occasional racist comments were made by outliers, whom I could easily identify as jerks not worth my time of day. For college, I attended one of the most diverse PWIs (predominately white institutions) in the south where I was still judged by the content of my character and not the color of my skin amongst my immediate friend group. I was able to find such joy in these times from what I perceived as a post-racial world. My tiny, post-racial, illusion of a world.

The real world was just around the corner.

After graduation, I entered the workforce in an area that is mostly white female dominated. I thought nothing of this when going into this career, since I had previously been employed there as unlicensed personnel. I tried my best to make friends just as I always had in previous years, but I found it very difficult to foster true friendships with my coworkers. “Maybe it just takes some time for everyone to warm up to me,” I thought as I tried to ease my new-kid-on-the-block jitters.

My outlook changed when my best friend entered the same career field. For reference, she’s biracial, but easily passes as white. We live in the South, so sometimes it’s easier to just pick a side – and if white is an option, it’s one that I find most of my peers were willing to choose and identify with. That is no fault of her own; just the path of least resistance. All of which is to say, I was so surprised when she became so close with her coworkers within just a few months of being hired. I was happy for her, and I was a little jealous. She suddenly had a network of support that I felt I was still struggling to build after a year at my own job. Her bad nights at work didn’t seem so bad with her new- found friends. In comparison, my good nights were lonely and tolerable, while my bad nights were lonely and miserable. I vented to my sister about my frustrations, and she told me,

“Oh, they’re all really quick to be friends because they’re all white. They have that in common”.

At that time in my life, this was not something that had crossed my mind. I questioned my own personality and my ability to foster deeper relationships with my coworkers. I rejected her advice at first, but the more I thought about it, the more I realized how her opinion wasn’t that outlandish.

Fast forward six years – I’ve successfully created an alternate version of my personality that I believe is the most acceptable among my coworkers. That loneliness never went away, it just changed forms. I feel watered-down, boxed-in, and buried under the expectation to not fit any stereotypes facing black women.

I can’t stand up for myself without being perceived as too aggressive. I can’t correct actions that go against company policy without being seen as too bossy.

I just can’t do anything, it seems.

I retreat back into my box where they expect me to stay. I have to choose which hill to die on daily, and believe me I have options.  I could choose the shifts where every woman of color on the unit has ten, eight, or six years of experience, but management chooses the young, white girl who has been on the job for nine months to be in charge.

There’s also the group message thread where people vent about their racist perceptions of clients. The coworker who assumes any client of color is leeching off of her taxes, but doesn’t acknowledge that white people also benefit from government assistance. The suggestion to forgo donating to the company’s official United Way fund in fear that money will be directed towards Planned Parenthood. The options are endless.

For my own peace of mind, I must pick and choose what causes are the most worth correcting and tackling head-on. I feel alone in my fight on my small unit, but I know I’m not alone on a larger scale. There’s someone just one floor above me going through the same thing. Someone just across town struggling with microaggressions from their coworkers. We are everywhere. I guess that’s what helps me keep going. I can’t do it alone, and there are hundreds of other black women and women of color doing their best to overcome stereotypes while refusing to lose what makes them unique. I am not alone.