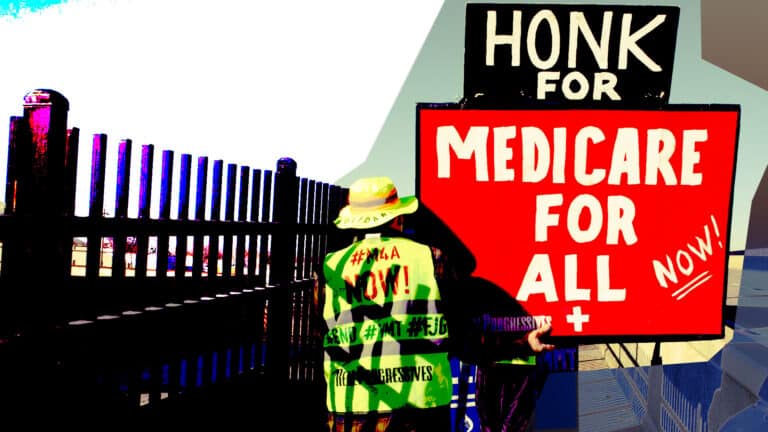 CalCare’s Failure is a Teachable Moment

In fact, I covered Salt Lake City’s local “March for Medicare for All”. The crowd there ran a political gamut. There were some libertarians who advocate for the “medical liberty” a single-payer system provides. Many conservative Republicans who recognize the cost-savings for the federal government involved in a single-payer healthcare system were present. Even self-proclaimed socialists who work towards a Medicare for All system as a step on the path to a fully nationalized health and pharmaceutical system were there, in unison. In short, I saw a landscape of supporters for the same style of healthcare reform – single-payer – that mirrored Utah’s own political landscape.

The recent surge of political projects to pass a “single-payer” healthcare system at the state level has been fueled by hope and beset by deceptions and defeat. The forced failure of CalCare by a single state legislator despite it being a citizen initiative with overwhelming grassroots support, is a learnable moment for the healthcare reform movement.

If we learn the basics of the hyper-accurate, scientific understanding of the USA’s current monetary system known as modern monetary theory (MMT), we are better equipped to analyze policy and strategy.  This makes it easier to realize why, specifically, state-based “single-payer” bills are burdensome and economically unworkable. By contrast, a federal single-payer system is entirely achievable. States are cash-strapped currency users and absolutely must impose taxes in order to spend. Politically and economically, “pay- fors” will always exist at the state level. The US federal government, as sovereign currency issuer, only has two restrictions on spending: the political will of the Congress and availability of real resources.

In 2002, Governor of the Federal Reserve, Ben S. Bernanke, remarked “But the U.S. government has a technology, called a printing press (or, today, its electronic equivalent), that allows it to produce as many U.S. dollars as it wishes at essentially no cost.”

Inflation, while real, isn’t caused by “printing money”, it is caused by an unbalanced fiscal policy. As federal taxes are deleted upon receipt, they are not used to “pay for” anything.  Federal taxation and the mechanisms involved are what give the federal currency, the US dollar, value. Bad monetary policy can lead to inflation, but there is not a singular culprit as neoclassical economists would have you believe.

Alan Greenspan, former chair of the Federal Reserve, had this to say about the concept of federal insolvency, back in 1997: “…government cannot become insolvent with respect to obligations in its own currency. A fiat money system, like the ones we have today, can produce such claims without limit.”

Economically, the federal government can afford to pay for Medicare for All or even PatriotCare, an American NHS, because it can access the real resources and construct the real infrastructure necessary to create and maintain such systems.  All it takes is an act of Congress. Therein lies the rub.

Many activists who are frustrated by the status-quo incrementalism of Congress believe that it is better to bypass it through state initiatives. However, they are strategically wrong. State “single-payer” bills all require federal waivers to existing legislation and must be stop-gapped with federal funding from existing programs like TRICARE, Medicare, and the Affordable Care Act. Those waivers and that redirection of funding must be approved by an act of Congress for each state that requests such policy.

Why on earth would those in favor of single-payer healthcare reform choose to fight Congress fifty times and in fifty smaller groups? Instead, they could unite as one nation across all fifty states and force Congress’ hand just once. The rational answer is that they wouldn’t if they understood the strategic and economic pitfalls involved in a “state-by-state” approach to healthcare reform.

The lesson? If Americans are inclined to advocate for healthcare reforms such as Medicare for All or PatriotCare, an American NHS, we must work smarter and unified, rather than harder and divided.

1 thought on “CalCare’s Failure is a Teachable Moment”