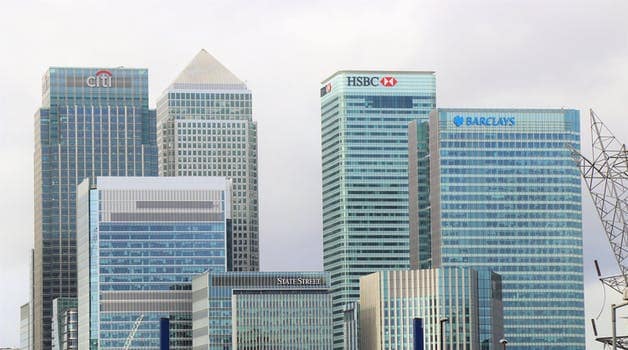 This article was written by Prof. Robert Hockett and originally published on 10/6/20 at https://lpeproject.org/blog/the-capital-commons-part-1-why-we-must-separate-public-and-private-capital-management/

Most investment capital in ‘developed’ nations is public capital. Public capital is not pre-accumulated and ‘intermediated’ like private capital, but publicly generated and indefinitely extensible as endogenous credit-money. Publicly licensed banks and bank-equivalents (‘shadow banks’) play a key role in generating and allocating this form of monetized capital.

You can verify this by reminding yourself (a) that banks open deposits by lending, not the other way round; and (b) that these loan-opened deposits are monetized from the get-go, since drafts drawn on them ‘count’ for ‘all obligations, public and private’ in our Fed-administered national payments system. That is, banks’ obligations are as good as the government’s obligation. And since investment capital in monetary exchange economies like ours is just purchasing power – it is monetary – this loan-opened spendable credit is public capital.

Here is the source of Wicksellian ‘bank money‘ and ‘loanable funds’ – the driver of business cycles in both ‘Swedish’ and ‘Austrian School’ accounts of capital. These accounts are far better informed, legally and institutionally speaking, than are their Anglo-American counterparts. Indeed, J.M. Keynes’ most important work short of the General Theory – his Treatise on Money – is Keynes’s forthrightly late-to-the-game introduction of Wicksell to Anglophone readers.

Where Wicksell’s best-known Austrian followers go wrong is not in their descriptions, but in their prescriptions. Thanks to historical, not logical, reasons – this was inept imperial, then fascist Austria, after all, not to mention the home of Freud’s ‘Oedipus Complex’ – they seem to have dreaded the very idea of public management of anything, including public capital. But there is no alternative. The only way to get public capital allocation right, and thus to get credit modulation and long-term productive investment right, is to manage public capital publicly and private capital privately (more on both of those terms below). In other, more detailed work, I show how to do this through the organizing framework of a public balance sheet—which I call our Capital Commons. Here, I will try to do likewise in short form, linking to the longer works for anyone interested in probing further.

Private management of public capital inevitably results in misallocation (under-investment), ineffective modulation (over-speculation), and secular stagnation (under-production and under-development). That is thanks to (a) the monetization of capital in all non-barter exchange economies, combined with (b) recursive collective action predicaments that pervade all ‘privately ordered’ – that is, decentralized – capital and money markets. The first enables profit to be decoupled from production; the second ensures that private sector capital and money managers will ‘prioritize’ the former over the latter.

All markets are rife with choice scenarios in which individually rational decisions aggregate into collectively irrational outcomes (let’s call them collective action predicaments, or ‘CAPs’). Markets in which payment media are endogenously generated like ours, moreover, are prone to a particularly destructive subspecies of CAP that I call the Recursive Collective Action Predicament (‘ReCAP’). ReCAPS are CAPs with feedback effects – each round of decision-making worsens the problem to which the decisions respond.

A moment’s reflection reveals that CAPs pervade all decentralized market arrangements, while ReCAPS pervade all such arrangements in monetary exchange economies. It also reveals why I say ‘predicament,’ not ‘problem’: these problems are not accidental – they’re features, not bugs. They’re coded into the structure of market exchange, and are amplified by monetized market exchange.

The most salient non-recursive CAPs where production – our policy focus here – is concerned stem from what I call ‘controllability’ and ‘capturability’ problems, respectively, in economies where production is left to decentralized private ordering. Controllability problems induce collectively irrational underinvestment in productive industry – why individually invest in a firm if underemployment, deflation, or inflation in the macro-environment make future profits uncertain notwhithstanding the value of the good or service invested in? Capturability problems induce collectively irrational underinvestment in infrastructures necessary to production – why individually invest if the benefits of the investment are so widely shared that nothing close to their value cannot be captured as private profit?

While CAPs and some ReCAPs as thus far described could afflict even barter economies, ReCAPS are supercharged by endogenous money. Examples in contemporary monetary exchange economies abound: Inflation: you and I see prices rising, hence rationally buy now rather than later; our doing this accelerates the price rise. Deflation: You and I see prices falling, hence rationally defer buying or hiring till later; this makes prices fall further and unemployment rise faster. Bank Run: You and I hear that our bank has liquidity trouble, hence rationally ‘run’ to withdraw our funds; this hastens, or even causes, the eventuality we fear. Asset Price Bubble: Simply a hyperinflation in capital markets. Market Crash or Asset ‘Fire Sale’: Simply a debt-deflation or ‘bank run’ on assets. And so on…

As I’ve described in  Meta-Markets and The Dialectic of Finance, the mother of (or, better, the sum of) all ReCAPs in privately controlled public capital is ‘financialization’. The process of financialization begins when private managers of public capital attempt to re-socialize the investment risk attendant on decentralized privately ordered production. Offloading risk in this way quickly turns capital markets into sites of individually rational, collectively irrational ‘feedback’ dynamics at which capital managers find greater profit in gambling on price movements in ‘capital markets’ than in investing in productive capital projects. (Financialization is in this sense the ‘foam’ of which Keynes speaks in the justly celebrated 12th Chapter of the General Theory.)

These commonplace facts, when combined with what Steps (2) and (3) just above bring to light, yield a striking conclusion:

Owing to its endogeneity and consequent vulnerability to both CAPs and ReCAPS, monetized public capital must, if it is to be productively rather than merely speculatively deployed, be publicly managed, while privately intermediated capital may be privately managed.

‘Narrow banking’ proposals like Irving Fisher’s 100% Money plan of the 1930s and its contemporary ‘limited purpose banking’ retreads , many proffered by conservative economists, reflect understanding of one side of this two-sided ‘coin,’ but not the other. They ‘get’ the ‘shalt not’ of privately managed public capital, a.k.a. ‘crony capitalism,’ but are silent about the ‘thou shalt’ of publicly managed public capital.

This is why, incidentally, Keynes politely declined Fisher’s invitation to endorse his ‘100% Money’ plan, and why Keynes made both halting remarks about ‘the socialization of investment’ and halting plans for a ‘Board of National Investment’ back in the ‘20s and ‘30s. It is also why I am presenting this essay, which will now indicate how to manage American public capital with existing American public institutions.

But public capital issuance and management are critically necessary. Public management of public capital can be helpfully modeled – and, I think, even best implemented – as a central bank balance sheet. In the U.S., that is the Federal Reserve (‘Fed’) Balance Sheet.

Public reclamation of responsibility for managing the public share of the nation’s capital stock will accordingly register as an augmentation or ‘upgrade’ of the Fed balance sheet, growing its asset and liability ‘sides’ in tandem. We can call the resultant upgraded Fed a Peoples’ Fed, or Citizens’ Fed, tasked with publicly managing our Republic’s investment capital – the wealth of our Commonwealth. The upshot will be what I call Citizens’ Finance – our common management of our Capital Commons.

Fully blueprinting what Citizens’ Finance and a well-managed Capital Commons will look like, then, starts with sequential specification of the asset and liability side upgrades to the Fed Balance Sheet it will entail. I turn to that task in Part 2, which also prescribes a few complementary tweaks to other federal agencies aimed at synchronizing their operations with the newly augmented Fed operations.