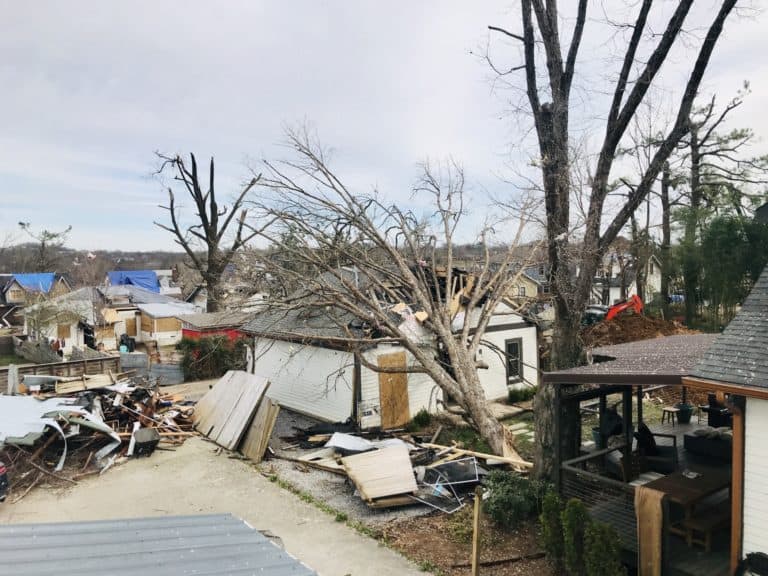 What is the meaning of “catastrophic” anyways? The sheer amount of death, suffering and misery caused by the neoliberal world order serving the whims of transnational capital is unending. It’s so normalized that most people don’t even consider the depravity; most people can’t, since it’s too much to handle. But is It catastrophic?

We’re told, “communism killed 100,000,000 in a century” whenever the conversation about making things remotely better or changing our system comes up. Even if that claim, which comes from thinkers and historians diametrically opposed to communism, were true, capitalism kills 20,000,000+ from solely extreme poverty-related causes every single year. Is that catastrophic?

Thinking about the global death toll of capitalism stretches the mind to its limit. Instead, why don’t we focus on one country: The United States. The USA has always been capitalist and,, short of a radical, homegrown, mass coalition of the poor and labor forces across all identities and axes of oppression, will always be capitalist.

Deaths under capitalism due to what is now the United States of America and its influence:

“Hitler’s concept of concentration camps, as well as the practicality of genocide, owed much, so he claimed, to his studies of English and United States history. He admired the camps for Boer prisoners in South Africa and for the Indians in the wild west; and often praised to his inner circle the efficiency of America’s extermination–by starvation and uneven combat–of the red savages who could not be tamed by captivity.”

Wars and chattel slavery are obvious, and easy to find examples of deaths under U.S. capitalism. However, there are far more subversive means of keeping capitalism afloat in exchange for blood. There are deaths due to extreme poverty, causing at least 20,000,000 lives traded at the altar of global capital every year. There are deaths due to lack of healthcare, totaling about 68,000+ per year in the pre-COVID era. In the COVID-era, deaths due to America’s collective lack of healthcare and directly attributable to COVID-19 in the first year alone totaled 339,934 people. FDR’s Social Security Act of 1935 originally had universal healthcare. It was dropped in order to pass the remaining aspects of the bill. Figuring 68,000 deaths per year since 1935, American capitalism has caused an additional 5,848,000 deaths. That’s nearly six million deaths from lack of healthcare in 86 years, excluding COVID-19 data and other pandemics.

So, from ‘just’ wars and conflicts, American and American-influenced capitalism has killed at least 19,366,900 people. Once we include the genocide of the Indigenous tribes and First Nations and the Africans that died as slaves in the area that is now the United States of America, the death toll is now at least 169,619,900 people and counting. Every COVID-19 death in America is a death due to American capitalism. Every death in America due to starvation, homelessness, or other poverty, is a death due to American capitalism. This is because we hide food, medicine, and housing behind green paper and choose not to provide enough green paper so everyone can live freely.

Furthermore, America is only “the greatest country in the world” for the flow of transnational capital and right-wing politics. By definition, anything supporting  any form of capitalism is right-wing in the political sphere. America is so far right that most Americans are conned into thinking their taxes and/or welfare programs are “socialism” and that liberals are the left.

Now, the narratives are promoted that “liberals are the left” because liberalism is the furthest left you can go without threatening the power of corporations and capital itself. Furthermore, fascism relies on liberals to function. It relies on their diffusion of support from radicals in grassroots movements. It relies on their eagerness to compromise. It relies on their obsession with bourgeoisie electoralism.

We saw that in real-time with the earth-shaking #BLM protests in defense of Black lives over the last summer. We went from a real, grassroots demand to abolish the police, to defunding them, to liberals watering down the latter to mean basically nothing. With the Black Lives Matter movement marrying itself nationally to Democrat party, the movement has become a shell of its former self. The same thing happened with the Sunrise Movement. Earlier in Sunrise’s existence, they organized sit-ins in congressional offices, once Biden won, their organizing meant a postcard campaign outside Biden’s campaign offices and the DNC office building.

Liberals are not the left. They support reforming capitalism and its oppressive subsystems. They support gun control and disarming the masses. They generally support the flow of global capital as long as they can feign blindness to its effects, such as poverty, homelessness, starvation, and lack of healthcare. In other words, liberals and even “lefter” social democrats like Bernie Sanders and Alexandria Ocasio-Cortez (AOC) are the moderate wing of fascism.

Leftists, on the other hand, want to replace capitalism with something better. We support universal armament of the masses, particularly the working class, and we support programs that better society and help everyone do better. We’re fans of universality in social programs rather than the means-testing both liberals and conservatives love. Furthermore, we recognize that taxes aren’t ‘socialism,’ and neither is welfare-state capitalism, oftentimes called social democracy. Welfare programs are good, but they are only band aids on the larger disease of capitalism and are always at risk of cuts, means-testing, and privatization.

“Under no pretext should arms and ammunition be surrendered; any attempt to disarm the workers must be frustrated, by force if necessary”

“Privatization is a neoliberal and imperialist plan. Health can’t be privatized because it is a fundamental human right, nor can education, water, electricity and other public services. They can’t be surrendered to private capital that denies the people from their rights.”

To reiterate: liberals are not the left. They are center-right at the furthest left, and that’s only with Social Democrat-style liberals like AOC and Bernie Sanders. Mainstream liberals and rank-and-file conservatives agree on very much, other than optics. They both agree on cutting aid to the poor, they both agree on maintaining for-profit ‘deathcare’ (I mean the American healthcare system) and they both agree on doing essentially nothing about our impending, self-caused extinction due to the climate crisis. The red team pretends it doesn’t exist in words, the blue team in policy.

The policy choices of Democrats under Obama and Biden in 2008-2010 led to the loss of their super majority and control of all three branches of government, as well as over 1000 seats lost nationwide. It also led directly to the Trump presidency of the 2016 election.

By failing to legislate to solve material conditions and improve the lives of everyday Americans, Democrats were responsible for the rise of Trump and his subsequent policies. Furthermore, they did nothing to meaningfully resist Trump’s worse offenses. Instead, House Democrats, under Pelosi, shepherded the Space Force, all of Trump’s military budgets, more funding for ICE and its detention facilities, and so on. Remember when liberals aptly called out ICE for putting kids in cages? I do. However, liberals and the media are now referring to them as “unaccompanied minors in overflow facilities.”

Of course, other adjustments to the narrative are necessary to successfully manufacture consent for blue fascism. The chart above is a handy, albeit abbreviated reference to the changed terms.

As can be determined by the statistics, thus far, fully ascertaining the deaths due to capitalism, even capitalism isolated to one country’s influence is utterly impossible. What is possible is realizing that capitalism runs on blood and rewards the worst tendencies of humanity, especially greed, avarice, and the lust for power.

So, what is “catastrophic,” really? Capitalism is.