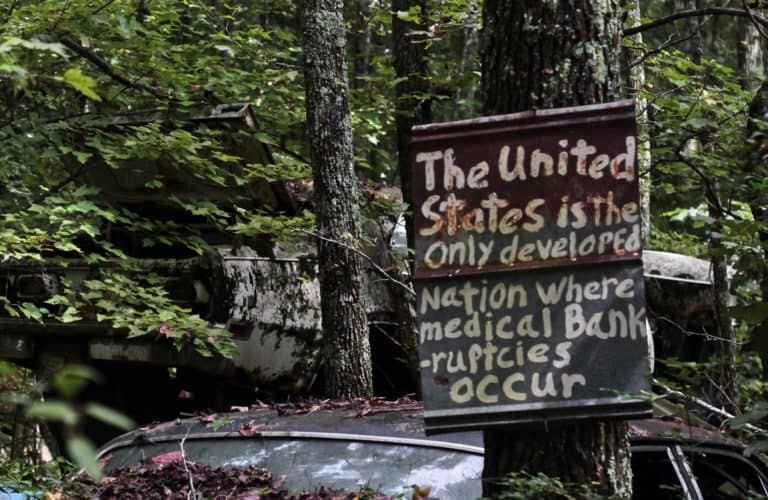 Create a Legacy with Medicare For All!

Legacy means everything to a leader, especially U.S. presidents. From Franklin D. Roosevelt giving us the New Deal, a series of public works projects, financial reforms and regulations to Lyndon B. Johnson giving us Medicare health insurance for the elderly, and Medicaid for the poor. From President Barack Obama showing us Medicare For All was popular enough to help lead him to his eventual nomination to presidential candidate Senator Bernie Sanders forcing Medicare for all upon our national consciousness. What might President Joe Biden’s legacy be?

Over the past decade, I have done my homework and written four columns speaking to our nation’s absolute need to finally join the rest of the industrialized world for our government to abide by the General Welfare Clause of the U.S. Constitution by providing national health care in the form of a single payer Medicare For All insurance program. One where hospitals, doctors, nurses, and facilities where medicine is performed would remain as privately run, profit driven entities that would need only submit their medical bills to one place: Medicare, rather than any one of dozens of players within our inefficient and rapacious for-profit driven health care insurance system currently in place.

When, then Senator Obama was running for president back in 2008, he initially ran on Medicare For All . At that time, there was a single- payer bill in our Congress titled HR676. The bill had some flaws, but it was an otherwise solid bill. Unfortunately, once Mr. Obama became the nominee, he barely mentioned Medicare for all whatsoever and instead wasted most of his political capital by pushing for a right-wing Heritage Foundation idea that we know today as the Affordable Care Act, (aka: ACA or “Obamacare”).

As such, we still have upwards of 45,000 Americans dying due to a lack of proper access to health care and thousands more declaring bankruptcy over medical bills each year. We can and we must be better than this. So, President Obama gave us a Republican idea, the ACA and of course Republicans hated him for it. Would he have been better off fighting for HR676? Maybe, maybe not. Since Republicans were going to vote no anyway, then he would have been better off?

Then we had President Trump, who seemed to have spent every waking moment over his four-year term doing everything in his power to undermine what little good the ACA provided, but without offering up a viable replacement. I knew there was no chance of Medicare For All happening under him, but I still tried getting his attention to invoke a hardly known section within the Social Security Act.

A couple of years ago, Rep. Pramila Jayapal (D-WA) crafted a much better Medicare For All bill titled HR 1384, and Senator Bernie Sanders (I-VT) crafted a Senate “sister” bill titled S1804, both allow for a phase- in over a three-year period. Covid-19 is still a big issue, with more than 325,000 Americans dying from its worst effects. Meanwhile, Section 1881A of the Social Security Act allows for an expansion of Medicare as it currently exists to every American during a national health emergency.

If President Biden is interested in his legacy being on par with the great Tommy Douglas in Canada, he should immediately invoke section 1881A, and then pound on his bully pulpit from the Oval Office and demand the Democratic Party led Congress to get HR1384 on his desk. Otherwise, Joe Biden risks his legacy being the president who allowed the very door which allowed Donald Trump to step through be kicked off its hinges – because if you do not think someone like Marjorie Taylor Greene cannot pick up where Trump left off, then you are not paying attention.