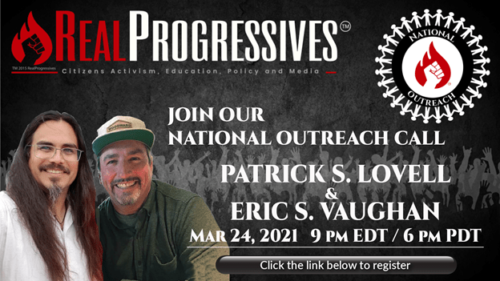 What’s past is prologue: The heist of our democracy that includes fraudulent practices, massive credit card debt, student loans, auto loans, and the revolving door between finance and government, is still going on and will become even worse than before.

Patrick and Eric have devoted years of their lives and work meticulously detailing the rampant financial fraud that has been poisoning our economy for the last century.  Their creations, The Con and The New Untouchables, are just the beginning.  These investigations finally answer the “who dunnit?” of the corruption eating away at our dreams.

Now… what are we going to do about it?  Join them on our National Outreach Call!

Patrick is a 30-year veteran of media production. He is producer and protagonist of the recent documentary limited series: THE CON.

Eric is an award-winning commercial director/producer with extensive experience in leading-edge media production from narrative films to VR/immersive experiences. THE CON is his long-form documentary series directorial debut.