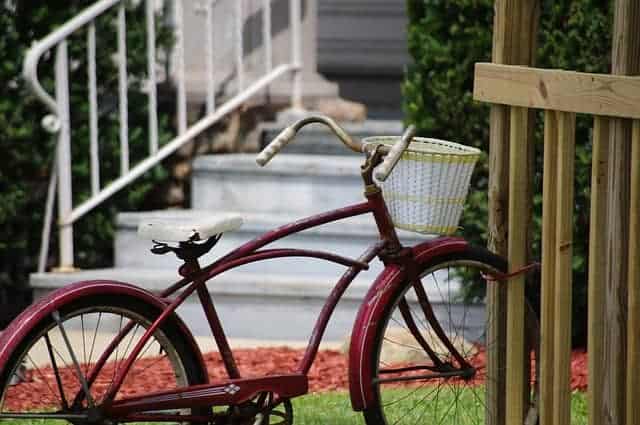 Republished with permission from LPE Project.
NB: This post is part of a series in our Race for Profit symposium. Read all posts here.

Keeanga-Yamahtta Taylor’s Race for Profit is an essential read not just for anyone interested in racism, housing segregation and post-Civil Rights era racial politics, but for anyone interested in understanding the American economy. It is impossible to understand contracts, property deeds, government guarantees, homeowner’s associations, or lending without knowing how each of these building blocks of the market can be used for race-based exploitation.   Taylor describes the relationship between exploitation and inclusion as real estate players shaping government policies “in ways beneficial to the industry and not the public.” Throughout the book, Taylor comes back to further refine her exploration of exploitation that differentiate and contrast her theory from other theorists who link exploitation to the higher prices, higher interest, or worse terms offered to Black homeowners.

As I highlight in my book, the definition of exploitation was pivotal in Alan Greenspan and President Nixon’s rejection of claims for reparations. Greenspan explained that because lending in segregated Black neighborhoods was “higher risk,” the lender had to charge more in interest and thus claims of exploitation were unjustified. Whether this was a cynical rhetorical move or not, this limited view of exploitation was adopted by Nixon and most administrations thereafter and was used to block remedial demands to rectify unequal housing. Taylor’s definition of exploitation is both more refined and more expansive. She finds exploitation in the government-guaranteed avoidance of risk in lending to and insuring low-income black buyers and exploitation in government programs that targeted Black homeowners with products that produced more debt rather than wealth.

When I was researching Black banking, I realized that with every act of exclusion came a far more insidious act of exploitation. Deprivation leads to exploitation, I kept writing at the end of each chapter. Taylor’s book drills down on each and every aspect of exploitation – not just the denial of mortgage loans due to redlining, but the contract sales, sham contracts, the extraction of rents and payments from a population trying repeatedly to secure a bit of the American dream of homeownership. In fact, redlining is just the surface problem.  One of the central themes of Taylor’s book – one that makes it so relevant to an LPE audience – is the emphasis on the cooperative, mutually constitutive role of government and market actors. Government redlining was a problem, but it was merely one facilitating facet in a broader scheme that included segregated credit markets (installment lending in Black spaces and revolving lending in the suburbs), disinvestment, defunding public facilities, and of course an increased police presence in Black spaces and the related rise of the carceral state. In the background, housing prices continued to increase and decrease according to the race of the owner and the surrounding neighborhood, which is hard to describe as exploitation on the surface, but very easy to link it to a history of racial exploitation—as Taylor does masterfully.

As Taylor tells it, some of the most pernicious programs of exploitation occurred during the post-Civil Rights era when race-based exclusions had already been outlawed.  Prior to the end of formal segregation, exclusion served as a means of exploitation. A passage in Drake & Cayton’s Black Metropolis is illustrative: “the…color-line…marks Negroes off as a segregated group deemed undesirable for free association with white people in many types of relationships. The color-line also serves to subordinate Negroes by denying them the right to complete, as individuals, on equal terms with white people for economic and political power.” Part of Taylor’s story is how the end of formal exclusion, through what she calls “predatory inclusion,” from the broader real estate and credit markets comes with its own costs.  Taylor lists the “web of actors” who “benefited from” the inclusion and exploitation of black people, and black women especially, in the real estate market. In doing so, Taylor highlights not only the the role of the federal government, but also of private market actors, realtors, mortgage brokers and lenders.

What Taylor adds to this picture is that it is also profitable to prey on the poor. And it is indeed predation when developers, bankers, and government bureaucrats coordinate exploitation or look away.  Taylor’s villains are not racists  – they don’t care if you are black or white  – they are out to make a profit. Predation may not even be their goal. It just so happens that the most innovative profit-making “opportunities”  are in bilking poor Black women’s hard-earned savings. In the deregulatory era when the subprime crisis was mounting and regulators were unleashing the free market, the segregated “inner cities” were being stripped of what little capital the residents had been able to accrue. The looting came in the form of legally valid yet ethically unsound contractual “sales.” Residents were sold dilapidated homes for a higher price than anyone else was paying. As Baldwin explained, “It’s expensive to be poor.”

As this blog and the LPE project repeatedly points out, the economy is not neutral. Neither are laws or contracts or government guarantees. As Taylor powerfully shows, “The sustenance and spatial integrity of residential segregation, along with its apparent imperviousness to civil rights rules and regulations, stemmed from its profitability in white as well as African-American communities — even as dramatically different outcomes were produced. . . . This was evidence not of a dual housing market but of a single American housing market that tied race to risk, linking both to the rise and fall of property values and generating profits that grew into the sinew binding it all together.” In other words, once a system of race-based power is set up, it will self-propagate. Capital is like water: it will flow where profits are available. It just so happens that, for many years, the highest returns on investment happened to be in Black segregated ghettos  – poor residents, deprived of good credit, were low hanging fruit for lucrative high-priced credit. And instead of reforms, capital, or aid, the ghetto was sent entrepreneurs and these “innovators.”