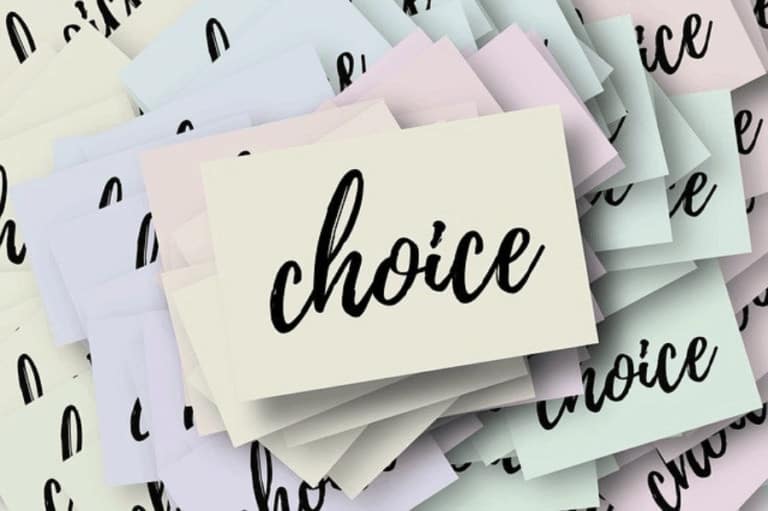 To really understand how fickle a party’s political alignment can be, we must first study the history of the parties we have today.  It is too easy to look at the parties over our lifetime and see them as an unmovable monolith, but that’s not the case in the long run.

In the Trump era, we are seeing the Republican party embracing a lot of what had been previously unspoken racism and prejudice, and their base seems to be eating it all up.  We see the Republicans shifting hard to the right in real-time, so it’s a little odd, to say the least, that we still think of our two-party system as some permanent paradigm.  Since George Washington, who had no party affiliation, we’ve had Presidents representing six different parties.

The Democrats were established before the Republican Party and even compared to the Whigs, who are a bit more prototypical of today’s Republican party, they had a strong Pro-Slavery bias.  The Republican Party was formed in 1854 in opposition to the expansion of slavery following the Kansas-Nebraska Act.  They were also interested in the expansion of voting rights.  In just six years they were able to elect a President who could put some of that vision into action, even amidst the Civil War.  This is not to say that Lincoln himself was any sort of abolitionist, but actions speak louder than words.  Women also got the right to vote fairly soon after and the party, distinctly to the social left of the Democrats, had achieved its foundational social goals.

Lincoln himself exchanged letters with Marx, and one thing I doubt you’d expect about the early Republican party is that many of them took political leads from the social democratic movement that was forming around the turn of the century in Europe, largely centered in Germany.  The overlap went both ways, as American Socialists often gathered under large portraits of Lincoln, which is weird considering how the modern Republican party is an ongoing red scare in and of itself.

Around the same time, Democrats, especially ones in southern states, began passing what are known today as Jim Crow Laws and holding “whites only” primaries as Republicans were electing and putting into political office people of color, even in the south.

The Southern Democrats of the time were heavily aligned with the KKK, and there was lethal backlash to Republicans electing black politicians. The Kirk–Holden War was a struggle against the Ku Klux Klan in the state of North Carolina in 1870. The Klan was using murder and intimidation to prevent recently-freed slaves from exercising their right to vote.

This started in 1870, when Wyatt Outlaw, the African-American town commissioner and constable of Graham, NC, was hung in a tree across from the courthouse.   A Memorial Statue for the Confederacy now marks the spot, because white supremacy is a cruel bastard. They also murdered a Republican State senator in neighboring Caswell county.  Martial law was imposed in two counties as the Republican governor fought the Klan.

A few years later, and about 3 hours East, there was the Wilmington Insurrection of 1898, also known as the Wilmington Massacre of 1898 or the Wilmington Coup of 1898, depending on who you thought was in the right.  Until just recently, North Carolina only acknowledged it as a “race riot”.

The coup occurred after the state’s white Southern Democrats conspired and led a mob of 2,000 white men to overthrow the legitimately elected local government. They expelled opposition black and white political leaders from the city, destroyed the property and businesses of black citizens built up since the Civil War, including the only black newspaper in the city, and killed an estimated 60 to more than 300 people.

Why did this happen?  Wilmington was booming, and it was, at the time, one of the few large majority-black cities.  Unlike much of the south with their localization of Jim Crow Laws, Wilmington was very racially progressive for its time.  It was a place where a freed slave really had a chance at living the American Dream.  A black man in Wilmington at the time was well represented in the local government through the Republican party.

Unlike in many other jurisdictions, black people in Wilmington were elected to local office, and also gained prominent positions in the community. For example, three of the city’s aldermen were black. Of the five members on the constituent board of audit and finance, one was black. Black people were also in positions of justice of the peace, deputy clerk of court, street superintendent, coroners, mail clerks, and mail carriers.  Note I didn’t mention black police; more on that later.

The long story short is that fragile white egos couldn’t handle Wilmington becoming a symbol of black prosperity.  So, they brought a mob, and in what might be is the only successful coup on our soil in American history, they completely overthrew the government.  And a lot of people, very disproportionately black, died.  They died defending their institutions, their government, and their community.

And then the police came.  The very white police came.  And they sided with the Klan and helped them burn a series of buildings in Wilmington that day.

Obviously, things are pretty different today.  I’m not saying there aren’t Klansmen in the Democratic party, but their preferred party is certainly the Republicans.

One big change happened during the Great Depression.  The Republicans were electing fewer black people into government and they were losing the South, especially in the presidential elections, where the South was reliably solid blue.  When FDR showed the people what a real progressive president might look like, people took notice. Notably, the poor and lower class, who were the most direct beneficiaries of his most famous policies, began to trend more toward voting Democrat after that, at least in the north.  Because of systemic racism and the fact that there were still freed slaves alive at that time, this meant that a lot of the black vote shifted over time to be more reliably Democratic in loyalty.

In the Civil Rights era, we see the second strong pivot.  The Southern Democrats break away from the significantly less racist Democrats in the north and try to make it their own party in the Presidential election of 1960, splitting the southern vote by running Senator Harry Byrd of Virginia. Despite this challenge, Kennedy was still able to defeat Nixon.  In ‘68, when Nixon ran again after the Democrat’s successes within the Civil Rights movement, George Wallace of Alabama was able to take the core southern states from the Democrats and split the vote so that Nixon could win this time.

I don’t mean to oversimplify, but a lot of the reason this was possible was that politics in the South has always been steeped in racism, and that hasn’t changed much since.  Reliably Democratic voters in these southern states then felt politically homeless when the Democratic party as a whole embraced the civil rights movement.  But the Republicans still had a recent history of being somewhat anti-racist as well.

As voters in the south abandoned the Democrats, it wasn’t long before Lee Atwater, who had been a democratic strategist from back when the Democrats could reliably win the south, waltzed into a Republican headquarters with a plan to win the southern states.

I like to imagine that he showed up to their offices with a big box that he drops on the table in front of them as he enters the room.  “I have a foolproof plan to lock up the South for the Republicans for a long time,” he says in my imagination, and they reply, “Sure, that sounds good, but what’s up with the box of dog whistles?”

Atwater was a master at commanding the openly-to-closet racist vote through strategic policy decisions designed purely to further institutionalize racism. When Nixon ran in ‘72, the map looked about the same as it did in ‘68, but thanks to the southern strategy, the South was solid red, along with much of the country.

Much of the modern Republican party today are the inheritors of the racism that animated the Southern Democrats, followed by the economic policy introduced under Reagan.  The Democrats shifted into centrist neoliberalism with Clinton, abandoning any progressive economic connection they had with their past through FDR while carrying through a basic level of support for civil rights.  While Obama may have made it possible for gays to marry, the Democrat just before him pushed for the legislation “don’t ask don’t tell,” so currently the Democrats only support civil rights when it suits them.

What this should teach us is that, for better or for worse, the thing that really changes parties is upheaval in the voter base just as much as shifts in presidential policy.  Often, these two things go hand in hand.  We should also learn that even a party that at one time supports radical changes might shift to guarding the status quo they built even from future progressive generations.

What this tells me is that to maximize revolutionary changes in our parties, we need to better enable competition within the system, which is uncompetitive as it is.  Presidents, even in divisive races, usually win at least 48-49% of the vote.  The Democrats and Republicans have carved the country in two, supporting just enough of the things that people desire to differentiate their party from the other.  Like landlords, they coordinate to only give us so much positive change, because they know their opponents will hold fast to the status quo as well.

If we want change, we have to build up competitive and different third parties who can challenge the status quo and force the parties to change.  As we saw in ‘68 and ‘72, this can have dramatic effects on both parties even without a third-party victory.  All they have to do is be able to split the vote and they will force the major parties to co-opt their stances.

We need to be doing three things at once to achieve this.  Vote third-party in state and local elections.  This is the best way to send a challenging message to our major parties.  Third parties can win state and local positions of power.  It doesn’t happen often, but it’s far more possible to win on the smaller levels than the highly controlled presidential election.  Second is advocating that your state change to a ranked-choice voting system more hospitable to multiple parties.  America is a diverse country of well over 300 million people; giving us only two choices for President is a crime against democracy.  It hasn’t always been this way, even in America, and it shouldn’t stay this way either.  When you do vote for an established party, vote for rebellious party challengers and get them elected.  Having more unorthodox party members slowly shifts their priorities and might help encourage sudden changes in the party platform.  So, vote for those party members that might be supportive of adopting third-party ideals.

But also realize that time and power have a corrupting influence of political parties.  The revolutionary party you build up today could find itself behind the times in 40 years, and if you’re alive to see it, remember to give way for the next set of revolutionaries instead of becoming an old guard who insists that change stops here.