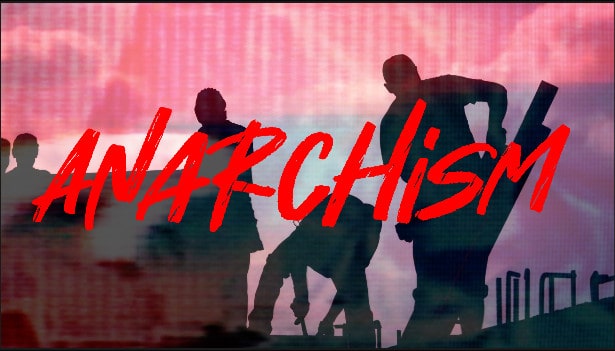 This is a transcript of the video shown below.

Recently I was trying to find some common ground with a right-lib friend of mine and as a part of that exchange, I felt that I should explain my take on leftism, so he wouldn’t make right-wing assumptions.  I basically wrote an essay on the topic, so I figured it might be enlightening to share it with you.

And so it begins:

I consider myself an anarchist more than anything else, or a libertarian if you go with the more general original definition before it was redefined as a purely capitalist position.  I like to think I have a fairly good understanding of this as a concept, and I often argue with other “anarchists” about what the term means.

For example, here’s an argument I’m making in a video where I was talking to another “anarchist.”
Click here for a deeper look at this discussion.

So you don’t assume, I’ll give you my definition of what it means to me, because it guides how I search for answers to such huge problems.  I’m quoting Wikipedia here because their top line answer was surprisingly decent and nuanced:

I focus on the first part of that definition and use it to understand the second.  To me “rejects all involuntary, coercive forms of hierarchy” doesn’t mean the same thing as “no government” but instead says any form of governance MUST be justified to the people under its power.  This requires a very direct model of democracy that uses consent and decentralization to mitigate a “tyranny of the majority.”  You could make the argument that a form of government that would be so different from what “the state” is now that you shouldn’t even use modern terminology to describe it, but that’s just getting into semantics, isn’t it?

The total abolition of government while retaining capitalism is just feudalism with extra steps.  If you still societally value the individual accumulation of resources, what’s to stop someone from purchasing a state and ruling like a king?  Or buying an army and steamrolling their neighbors with sheer force?

The non-aggression principle is a cool idea, but without a mechanism of enforcement, it’s utopian to think it wouldn’t just devolve into warlords and feudal states.

So, in that case, I think it’s justified to have a state with a standing, voluntary militia to mitigate the danger of this or of a foreign force.

Though, once you start using that army to expand your borders via force, it’s no longer justifiable.  Another example of a justified use of state power might be establishing building codes to protect people from deathtrap housing.

So, in thinking about the way things could be changed, I’d like to see more direct democratic power given to the people. I think that concept is appealing under the right conditions to the left and the right.  I get the fear of “tyranny of the majority” which, as I said above, is why I’d advocate that consent be factored in as well.  Instead of representatives, we could use the internet to vote on everything, but not a yes/no vote, more like yes, no, and absolutely not.

You’d get action through a majority/supermajority yes vote, but if and only if there wasn’t a significant “absolutely not” vote.  The definition of “majority” or “significant” would probably have to be something we figure out through trial and error, so I’d also say that fundamental things like that could be determined by general approval.

If that approval falls below a certain level, we should rethink our foundational ideas in a way that seeks to boost approval.

I think decentralization is important as well.

In the US it’s practically impossible to make countless, specific rules that work across such a diverse population. It would become important to break down monopolies of governmental power such as our federal government, to a certain extent.  This would confer power to the states and might make some places less hospitable in some ways to some people.

This is where freedom of movement and ease of immigration become important, and while this is something right-libs talk about, I think they’re missing a crucial idea that makes this work for people; the recognition of housing and jobs for those who want them as a human right.  Otherwise, freedom of movement is only a freedom if you can afford it.  Breaking that barrier creates societies that allow people to find their own utopia.  Overall, it means the majority generally gets what they want, so long as it doesn’t harm a significant minority, and if you’re not large enough to meet the definition of significant, you can FREELY (in every sense of the word) move to a place where you are more significant or are even in the majority.  And while I think capitalism has serious inherent flaws preventing much of this (for example, it seems to require the power of an authoritarian state to enforce) and think that socialism (when the state controls the means of production and allows free access to all workers equitably) but especially communism (where workers control the means of production, with no state*) would be an ideal way of moving close to utopia. I’d want these anarchic ideals put in place first, and then allow people to make that choice freely for themselves.

I’m not well versed enough in communist theory to know whether “no state” is similar to that in the previous definition of anarchy, where a governmental system is in place, but its power dynamics would be so fundamentally different from current governments that it’s not really correct to still call it a state anymore.  This probably differs between different conceptions of what Communism is as the term itself suffers from being even less narrowly defined than socialism.

Also, here’s a link to the essay I used snapshots from throughout this article.  It does a great job of explaining how democratic processes would work under Anarchism.