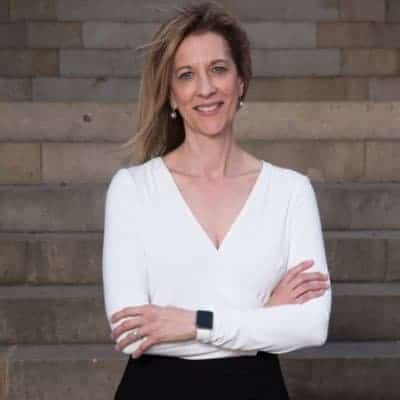 I promise to stop when the battle is won. Until then, here’s another attempt to improve understanding and shift our broken thinking about government “deficits.”

First, the word deficit.
It’s a terrible word because it suggests a shortfall. A deficiency.
A problem.

It’s none of those things.
But that’s how we usually think of the word. Like when the announcer says, “If the Rays are going to come back and win this game, they’re going to need to overcome a three-run deficit against the Dodgers.”
The team with the deficit loses the game.

We talk about Uncle Sam as if he’s just another player in the economic game. He’s not.
He’s not playing against the rest of us.
He doesn’t lose anything when he’s in deficit. He’s the scorekeeper.

The scorekeeper sits outside the game. He can add and subtract points that appear and disappear from OUR scorecards. His points are called “US dollars,” and he spends them into existence the same way the stadium awards points to the teams in the #WorldSeries
What we currently label a government “deficit” is simply the difference between two numbers.

When he adds more dollars than he subtracts, we’re told that the government’s scorecard is “in deficit.” But that’s a meaningless concept.

The scorekeeper (like the stadium) neither has nor needs any points. The rest of us do!
The government can award points to help scientists develop vaccines/therapeutics to fight COVID-19. It can award points to people who are willing to build hospitals, schools, and bridges.

Those points matter. They were a lifeline for tens of millions of struggling families.
CARES points were used to pay rent & utilities, buy food, and cover other household expenses. That spending helped to support other jobs in the economy. That is the game the rest of us are playing. The game of LIFE.

This year, the government’s so-called “deficit” came in at $3.1 trillion. That scares many people. It shouldn’t. It just tells you that Congress contributed 3.1 trillion points to our scorecards, to help the rest of us play the game.

As long as the points can be exchanged for something of value (now or later), there is no reason for alarm.

Can Congress award too many points? Yes, but right now we have the opposite problem—not enough points!

There are limits -inflation- but we’re not close. Can the points be allocated inefficiently? Sure!

Reasonable people can disagree about what is worthwhile government spending. Bottom line:
The thing we call “the deficit” is nothing more than the government’s FINANCIAL CONTRIBUTION to a giant scorecard that matters for all of us who are the real players in the game.
•••