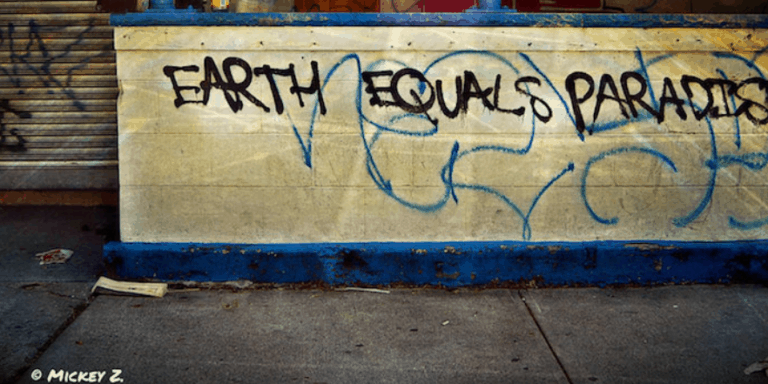 Mass Violence of the Continuing Status-Quo

Never, ever lose your sense of outrage. More importantly, don’t tie it to the  electoral system of the US . We are seeing, in real time, as we have seen in the past, the futility of using the electoral system to achieve change in the USA. In spite of the imperial propaganda that “Biden is the next FDR”, the only thing they have in common is the concentration camps.

So, on kids in cages, Biden is the greater evil.

The Biden/Harris administration was arguing in front of the SCOTUS that, to serve the public interest, warrants are unnecessary for police to raid homes and seize guns. Seeing as that took too long for their liking, Biden signed an executive order mandating that police have the authority to raid homes and seize guns without a warrant, along with 5 other 2A restricting executive orders.

Anyone actually on the left understands that self-defense, including contemporary weaponry, is a human right. We also understand that in a system so racist and genocidal that it inspired Hitler’s Nazi regime in their implementation of eugenics and concentration camps, police abuses will always inherently and disproportionately effect black and indigenous people far more than anyone else.

So, on the second, fourth, and fifth amendments, Biden is the greater evil.

Given just these two issue summaries, it can be (correctly) surmised that #BlueMAGA is far more racist in action and policy than Trump’s #MAGA. And, yes, the blue team has MAGA hats.

Ultimately, despite the littering of broken and ignored promises to the electorate, Biden is fulfilling the only campaign promise that ever mattered: “nothing will fundamentally change”. This promise was made to the inordinately wealthy ruling class, and as such, is the only promise Biden is concerned with fulfilling. At the end of the day, Biden and Harris took more big money donations and had more billionaire donors than Trump (and Pence) in the general election. They are, and have been, bought by the capitalist ruling class.

In the capitalist system, evil always accelerates and entrenches itself. Therefore, with no energy spent on reformism, nothing changing actually means all the existing problems and evils get worse. This is especially true in the USA, as we are the imperial core of the global capitalist hegemony.

As you can see, Biden’s lust for power has always meant he’d trade anything for the money it takes to attain power. His real ideology is one of service to the capitalist ruling class. In Biden’s case, that takes the form of racism, xenophobia, misogyny, white supremacy, and many other personal evils. Yet it’s the systemic stuff that really matters here.

Senator Biden created modern mass incarceration and mass surveillance in the USA. He also paved the way for the current levels of over-militarization in the police force. Even further, President Biden has sped up the flow of military equipment to the police. Not to mention the hollow and broken promise to defund police.

The country with the third highest military budget in the world is the United States police department. pic.twitter.com/t1O3jWQiYY

It took the Biden/Harris administration the space of two weeks to literally triple the kids in cages under ICE/CBP custody. That was less than two months in to the current administration.

Less than 30 days in, Biden broke another promise concerning immigration. He gave ICE/CBP more powers to deport, despite his promise of a halt in deportations during his first 100 days.

In their first 100 days, Biden and Harris also deliberately chose not to whip Joe Manchin’s vote nor overrule the senate parliamentarian, respectively, to ensure that millions of Americans living below the any true metric of the “poverty level” received an inadequate, but much-needed, pay raise. Furthermore, the original study stating the Biden/Harris administration’s failure of a “relief bill” would “cut child poverty in half” factored in the much-needed $15 per hour minimum wage.

For emphasis: once the White House overtly gave-up on the pay raise for millions of disproportionately BIPOC Americans, the Center on Poverty & Social Policy of Columbia University literally changed their study to fit the establishment narrative and maintain the “evidence” the mainstream media was and has been using to claim Biden’s presidency is “ambitious”.

And, of course, the approved narrative is everywhere. From news outlets to rank-and-file liberals on Twitter, it’s all about Biden’s “ambitious” nature as president. Or, that’s what we are being led to believe.

In reality, the things Biden and Harris are ambitiously pursuing range from vaccine apartheid to kill the predominantly brown-skinned people in India to blowing up the predominantly brown-skinned people in Syria. There’s also the propping up economic warfare and a fascist puppet in predominantly-brown-skinned Venezuela and ramping up the “new Cold War” with predominantly not-white (Asian) China. Not to mention, again, the full and total privatization of the war against the primarily brown-skinned population of Afghanistan. In case you didn’t get the memo, yes, Biden is a racist and xenophobe. So, too, is Vice-President Harris. Their policy choices are killing, nay, mass-murdering in a scope that will likely be millions of brown, black, and Asian people here in the United States and across the globe.

In case that death count seems unnecessarily aggrandizing, the Iraq War alone, which Senator Biden was an architect of and key whipping voice for, has killed millions of innocent Iraqis. Unfortunately, they don’t matter to the US system because they were brown and their deaths meant profits and crude oil.

It may be easy to assume that this is the best Biden and Harris can do, or what Biden and Harris believe to be good for this nation. In fact, they know that their policy decisions aren’t best for the people of this, or any, nation. What matters to them, however, is the flow of transnational capital. The decisions Biden and Harris make are what they believe is the best for profits and the preservation of capital, with little thought to the public acceptability of their policy choices. After all, the media is and has been sowing nonstop an unprecedented level of consent manufacturing.

From a layman’s perspective, here are some choices a “good man” with “empathy” would make as President under existing constitutional confines and executive powers:

Biden has the executive authority to:

A “decent” person as President would also whip their party’s complete control of Congress to do the following, at bare minimum:

And so much more. In case it isn’t obvious, the POTUS has the world’s biggest and most powerful bully pulpit. Any president could choose to make it political suicide for members of their party to refuse to pass their agenda by whipping public pressure, holding press conferences, traveling to key legislators home states and holding rallies, replace heads of agencies that won’t comply with the agenda, and so on.

The effects of the above potential executive actions would include; increased pressure to pass universal healthcare, because once the population has it, they won’t quietly go without again, freeing two and a half generations from the shackles of unending debt, buy time against the climate crisis, de-escalate global tension, end the racist policing of drug crimes (to a large degree), allow Cuba to trade things like its lung cancer or COVID-19 vaccines on the global market (if Cuba wants to), and highly demilitarize the very racist police forces of the United States.

Biden and Harris are the two most powerful people on the planet, especially when they want be. They wake up every day and choose mass violence and the preservation of a status-quo that will end all known complex life in the universe.

Originally published by Phelan Acheson on the Lighthouse Tribune