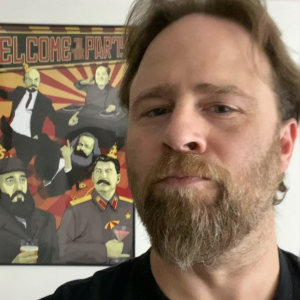 For many Americans, ‘Debt,’ is the dirty D word keeping us up at night, and as a member of the Gen X club, I grew up learning remedial, obsolete economics, believing debt is what happens when people live irresponsibly outside of their means, and not necessarily a ubiquitous systemic fleecing the working class. But looking at things from classical economic perspectives — curiously absent from our current econ curriculums — things get a bit more convoluted, especially pertaining to debt purpose, debt service, debt deflation and the relation to economic health indicators, like GDP (Gross Domestic Product), as thoroughly dissected in the recent Macro N Cheese podcast interview with Michael Hudson.

In classical economics, the purpose of debt, or borrowing, was to invest in societal growth through factory construction, business development, land and other resources. In other words, banks were to lend for socially worthwhile purposes. According to Hudson, it all changed after WWI:

“Instead of banking being industrialized, industry was financialized.”

Debt gradually decoupled from the economy at large, no longer financing the communal means of production and distribution. It became a wealth extraction tool of the 1% and an economic burden on American families for things that were once considered public goods or services like education, medical care, and housing. This was not accidental.

One would think some of this economic fuckery would show up in the numbers and statistical analysis of our economy, but according to mainstream media and economists, when the GDP goes up, the economy is good, and that’s where the analysis ends.

When Steve Grumbine and Michael Hudson take a deeper look into the numbers — which are intentionally misrepresented and impossible to calculate — they expose that things detrimental to an economy dependent on consumer spending, like debt service fees (high interest fees, late fees, overdraft fees, rent, mortgage interest) are actually ADDED to the GDP. It creates an illusion of economic health and growth, which in turn allows the monopolists to raise prices. Meanwhile, purchasing power for goods and services in the REAL economy – for housing, food, consumer goods – is significantly reduced.

In reality, the economy is rapidly shrinking for 90% of the population and just as rapidly growing for the top 10%. Especially in this new economic age of Covid, the 90% are waking to this reality, seeing rising rents and debt alongside falling incomes.

As they feel the pressure bearing down, people turn the blame inward, not toward the system. This attitude can snowball into increased mental illness, self-medication, even suicides. We collectively need to understand a ‘reality-based’ economics that exposes the capitalists and the system they’ve created as the real problem, not moral failings of the individual.

Michael Hudson elaborates further that this economic marginalization of the working class is nothing new. It could be described as feudalism modernized, with the poor giving most of their economic surplus to the capitalists/landlords. Monopolies benefit from almost all economic growth, playing the role of the feudal landlord class in the middle ages when serfs were tied to the land they worked. Today’s workers are tied to the financial class through mortgage or rent, which similarly restricts leverage and mobility. The need for privatize medical insurance creates a dependence on employer (a “job lock”), putting the working class is completely at the mercy of capitalist employers and creditors

The natural result (if you can call it “natural”), as the wealth inequality gap widens and poverty exacerbates, is increased misery, death, and deterioration of our society. But what is to be done?

An idea pulled from classical economic theory that Michael Hudson discusses in this Macro N Cheese episode, is the proposition of a ‘debt jubilee,’ or a mass forgiveness of personal debt that can’t otherwise be paid without plunging people into bankruptcy and poverty. Loan forgiveness is, in turn, a huge boon for the REAL economy, restoring some purchasing power and capital to the people, at the expense of the financier class.

Speaking of classical economics, Marx spoke of ’rent’ being not only an economic poison, but a free lunch for capitalists; a “transfer payment” from wage earners to property owners, which doesn’t produce anything or help the economy; quite the opposite, as gouged renters obviously have less money to spend in the real economy.