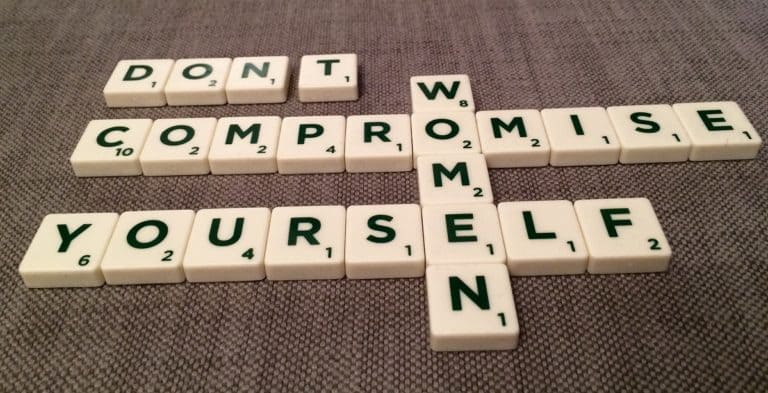 Why A Minimum Acceptable Compromise Matters

“Designed to leave the world’s economic destiny at the mercy of bankers and multinational corporations, Globalization is a logical extension of imperialism, a victory of empire over republic, international finance capital over democracy.”

I want to start by defining a term. I know it is fully possible others have thought of this concept, but as of yet, I haven’t seen the concept enter progressive, leftist, or mainstream discourse. The term is ‘minimum acceptable compromise.’ The definition I am coining is inherently tied to politics and the idea of progress.

The MAC is an essential litmus test. Voting and advocating for vague ‘lesser evil’ or ‘harm reduction’ has directly dragged America right since at least Reagan. In 2021, the effects of ‘harm reduction’ voting are already being felt by the Biden/Harris administration.

Biden has used executive power to, among other things, issue 31 new oil permits and expand the kids in cages (now called the shiny term ‘unaccompanied migrant children in overflow facilities’) – including at a facility Trump closed, and we’re barely two weeks in.

He’s also refused to use executive power to unilaterally cancel all student loan debt, something he or the secretary of education can do without Congress. So many promises broken already, and we haven’t gotten into the $2,000 checks debacle.

Supporting Biden was below my personal MAC, and it should have been the same for all progressives. We need to get serious about strategy. Frankly, Trump was far easier to push around and far less imperialistic than Biden and Harris. Trump was the only modern president to ramp down the endless wars, pulling troops out of Afghanistan, Germany, and Somalia, failing at coup attempts, and not starting a single new war.

Biden has been President for less than three weeks, and has already halted orders to remove troops from Germany and ordered a review of troop withdrawals in Afghanistan, refused to recognize the rightfully elected president of Venezuela – only recognizing the puppet we installed in a coup attempt, and so much worse.

Former defense lobbyist and Raytheon Board member turned Defense Secretary Lloyd Austin was put in charge of reviewing the troop withdrawal from Afghanistan and his department is claiming Al-Qaeda has grown in strength and supporters. Is it not odd that a defense lobbyist, now in charge of the world’s largest and most powerful military (in most respects) and his department are indirectly banging the drums for more deployment of troops and increased conflict? War, after all, is a racket, a great business opportunity.

We are also supposed to believe top Biden officials saying Iran is, once again, “weeks away” from having a “nuclear bomb.”

Biden is getting ready to start more conflicts that will likely lead to WWIII, and once he starts them, he will accomplish what Trump could not: war with Iran.

In the context of the Democratic Primaries and the presidency, Bernie Sanders was the minimum acceptable compromise. Voting ‘blue no matter who’ has led to expanded fascism and imperialism and it hasn’t even been three weeks yet. Don’t forget, Biden wants to sacrifice kids and teachers at the altar of the almighty stocks and is rushing the country into re-opening schools. Biden’s CDC director is gaslighting the nation into believing schools can be safely re-opened without vaccines.

The science states that kids are super spreaders. Logic then dictates that re-opening schools now, or at any point before the pandemic is over, will lead to more unnecessary death and suffering. While Trump fought mask mandates, and tried to mess with the CDC’s reporting data, he didn’t coerce a CDC director to publicly speak against the grain of actual science. Trump also pushed for larger stimulus checks both before and after his defeat in the 2020 election. His efforts and the deal he offered were killed by Speaker Pelosi, who is the Democrat in control of the House of Representatives, then and now.

Biden was below the minimum acceptable compromise and supporting him meant a ramping up of the kids in cages, wars and imperialism, and climate devastation, as well as sacrificing children and teachers to the stock market before week 4 of his presidency. Even further, liberals and normies are going back to sleep, lulled into apathy and political unconsciousness by the mainstream media.

“Any dictator would admire the uniformity and obedience of the U.S. media.”

Supporting Biden meant a greater evil in 2021-24, in large part due to less mass pushback, and will mean a competent version of Trump will take the reins after Biden’s first term. By reneging on the $2000 checks and ruling for the corporate overlords, Democrats have already cost themselves the ’22 and ’24 cycles.

But do not worry about a single evil I’ve outlined. After all, blue fascism is the bees’ knees!

Do you see now why a minimum acceptable compromise is necessary for progressive causes and left organizing? If we do not carve a line in the rock of political discourse, we risk our positions being swept up by neoliberals. When that happens, material conditions worsen as the status-quo perpetuates, directly empowering fascism and its power to appeal, to recruit. We need to define our MACs. As long as the left caves to the lowest bar of ‘better than Trump’ or ‘better than a Republican,’ we will never wield institutional power, and we will never end the neoliberal world order that leads to fascism, genocide, and ecocide.

We must go scorched earth on any politician that does not support our minimum acceptable compromise. A good rule of thumb is Bernie’s 2020 platform and a better one is the Rose Caucus platform. Anything less, and they, blue or red, can win without our time, money, and support, or lose to the ‘scary’ and ‘worse’ neoliberal. The only way to take over the duopoly is to force a power vacuum within it. Both parties govern in essentially the same manner, especially for the most marginalized. Only if you intersect with the middle-class or higher will you feel the difference in governing between Democrats and Republicans.  After all, neoliberalism and corporate rule (aka fascism) are a bipartisan consensus.

I know it seems frightening to withhold all support from a ‘lesser evil’ candidate. We’ve been propagandized into believing that red and blue are the only real options. The thing is, for the Presidential race alone, both the Libertarian and Green parties have had enough ballot access to get 270 or more electoral votes and win since at least 2008. In 2008 itself, the Constitution Party also had enough ballot access to have a path to 270+ electoral votes. Independents are more than either party’s membership combined, and in the 2016 election, less than 42% of America actually voted across all candidates, including independents and tabulated write ins. Roughly 38.7% of America voted for the duopoly. That means 61.3% of America opted out of our duopolistic politics.

We live in an era with worse inequality than the Great Depression and the period of time immediately prior to the French revolution.

And this inequality has only grown with the pandemic. Billionaires have gained nearly 4 trillion as a group of individuals while the working class has lost 3.7 trillion collectively, both due to the effects of the pandemic in 2020.

“We had to struggle with the old enemies of peace—business and financial monopoly, speculation, reckless banking, class antagonism, sectionalism, war profiteering.

Never before in all our history have these forces been so united against one candidate as they stand today. They are unanimous in their hate for me—and I welcome their hatred.”

The roaring twenties are back, in all the un-fun ways. We face a global liberal hegemony driving levels of poverty and economic collapse unseen for 100 years. Last time, it led to the near-global ascent of fascism and one of the worst genocides in history. Last time, American communists bailed out America by forcing FDR to implement the New Deal to stave off revolution, saving global capitalism. Soviet communists liberated Auschwitz, beat America at every space race metric except ‘first man on the moon’, and saved the world at-large from Hitler and his Nazis. The time has come to engage in solidarity and educate the masses in class consciousness. It’s not white vs black or conservative vs leftist, it’s the bottom 90% vs the top 10%.

Voting in Biden, a candidate below the minimum acceptable compromise has done and will do nothing enough to meaningfully change material conditions. As long as material conditions stay the same or worsen, which, again, they will under Biden and Harris, fascism will remain ascendant and burn ever more powerfully. Unless we start sticking to MACs, our insane world will lead us to extinction and ruin. Resisting imperialism, austerity, and social murder doesn’t make you radical, it means you’ve kept your sanity in an illogical, insensible, psychotic world order.

“As we view the achievements of aggregated capital, we discover the existence of trusts, combinations, and monopolies, while the citizen is struggling far in the rear or is trampled to death beneath an iron heel. Corporations, which should be the carefully constrained creatures of the law and the servants of the people, are fast becoming the people’s masters.”

It’s time to wake up and realize that the American Dream was always just a dream.