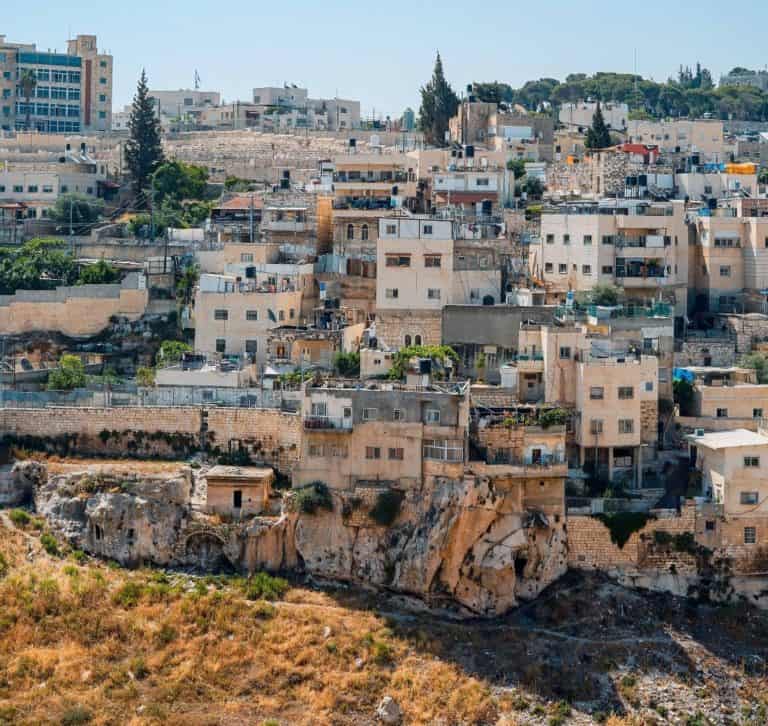 The State of Israel has, over its 70-year history, violated the Palestinian people’s internationally accepted right of self-determination. It has violated their ability to live freely in the land they have long called home, and the enjoyment of amicable relations with their neighbors inside those same borders. Israel has done this with a systemic implementation of an apartheid society challenging the inhumanity of the Indian culture of castes and the American treatment of the indigenous peoples for brutal cruelty.

After the German Nazis tried genocide with little condemnation from other Christian nations, many Jews joined the Zionist movement to return to their former homeland in the land now called Palestine. Often, I read or hear persons blame the “Zionist” Israeli government for the treatment of Palestinians. The framing of all Jewish persons that believe the Israeli state has a right to exist as “Zionists” and all Zionists are OK with the Israeli treatment of the Palestinians is a frame that is anti-Semitic. It is in fact a prejudice steeped in ignorance that continues the 2000-year denigration of all Jews, primarily by Christians.

Zionism as a movement did not exist until late in the 19th Century, but the connection of the Jewish people to the land known as Israel in Biblical times (Old Testament) is confirmed by historical records and stories. Among those stories are the ones placing both Jesus and Mohammed in ancient Israel where the inhabitants were mostly Jews. Jesus himself was Jewish, while Mohammed came later and founded his own faith but used the Jewish faith as his foundation. Jesus’ followers created a new religion and used less Judaism and more borrowed from other religions as their foundation.

I find it odd that there are many anti-Zionists doubting that the Jewish people ever lived in the same land as Palestine. Prior to WW I the land was part of the Ottoman Empire, and the native population consisted mostly of Arab and Jewish Palestinians. After the war and the Ottoman Empire was dissolved Palestine was placed under British rule during the post-war attempt to reimagine border lines. As European antagonism grew, the Zionist movement gained traction and many Jews began migrating to Palestine. The British themselves aimed to minimize the number of Jews that migrated, but they were complicit with Zionist aims and designated Palestine as a future “home” for Jews. It was certainly a more humane response than Nazi Germany’s “Final Solution.” But one cannot deny the anti-Jewish attitude, nor can one deny the betrayal of the Arab Palestinians.

It is important to look at not just the immediate past, but also the historical story. History has taught us that a homogenous people carry past grudges, and those grudges die a slow, long death, costing countless lives over centuries. Early Christians first steps to set up themselves as a faith all its own was to disavow itself as a Jewish sect. Christianity’s unique nature was made clear by the Christian teaching that the Jews killed Jesus. This claim became the justification for systemic maltreatment of Jews. This belief persisted across all Christian sects until the latter half of the 20th Century. Throughout history Christians treated Jews as useful tools to enrich themselves when they were not treating them as less than human. Many Christian nations would welcome them in, then after a time toss them out. The result was that Jewish religion and culture blended so deeply that the two are indistinguishable. Mohammed himself tried to convince the Jewish people to join his faith, but history reports and the Quran affirms that Mohammed only attacked Jews militarily over resources, while praising and emulating their religious practices.

Over the centuries the two religions did not have a peaceful relationship, but they were not at war either. Christians and Muslims, on the other hand, spent most of their joint history at war. The situation in Palestine prior to WW II reflected this historical narrative. Christian nations pushed Jews out the door making them into international wanderers while treating the Muslim people as mortal enemies.

As Jews flooded into Palestine in the wake of the Holocaust, it became clear early on that Palestine-cum-Israel would continue the long history of Christians vs. Muslims and the Jews would be pushed into the middle. It is easy to forget that today, 70 years after the concentration camps, gas chambers, daily dehumanizing treatment, and starvation the surviving Jewish people were angry, and after 1500 years as Pariahs they just wanted to go “home” and be left alone. So, when the Arab Palestinians objected forcefully to their overwhelming immigrant numbers, both sides were ready for a fight. The Western nations, all of which are politically and culturally Christian, sided with the Jews, while Middle Eastern nations sided with the Arab Palestinians, a large part of the other Muslim nations did not want any refugees. Most Arab Palestinians really did not want to leave their homes.

Western nations chose the Jews for two conflicting reasons, and neither was a love of the Jewish people. First, was their own guilt over allowing the Nazi genocide to continue unabated, even after learning  it was going on. Second was a desire to prevent the entire Middle East to be controlled by Muslims – that long animosity between Christianity and Muslims. The control of oil fields played a significant incentive as well. The Muslim nations reacted to the control over the Middle East that European colonial powers had held over their lands and people throughout much of the Christian era and especially so after WWI. The two longtime enemies, instead of fighting each other are using the Jews and the Arab Palestinians as proxies. Each side funding and supplying weapons to make sure a battle raged. It has been so for 70 years. On both the Israeli and the Palestinian side, leaders seeking compromise were ignored and unsupported by the larger powers.

Any American not recognizing the responsibility the United States and other Western powers have in the continuation of the conflict, and instead placing all the blame on Zionists, are promoting anti-Semitic behavior, even if they have a Jewish best friend. Zionism is not a call to battle; it is a call to go home. Israel’s so-called friends are not going to abandon a fight that has persisted for centuries. It is upon Israel and the Palestinians to choose peace. As in any forced confrontation, one side must go first. Israel, as the group with political control of the shared nation and the military might, should take on that burden, one that will take years and may even be hard to bear at times. It is obvious after 70 years that escalation and punishment is not working.

I am a Zionist. The Jewish people have an historical right to live in a land they fled from over the past 2000 years. I believe the Jewish people of Israel can show why they are “The Chosen” by choosing peace over combat. To continue wanton killing is an abomination to the Jewish faith. The leaders of Israel inflicting deadly punishment for a protest do not act as Jews. Zionist Jews are not creating this mess, although some use Zionism as an ill-founded reason to spread hate and death. The problem is the leadership of the Israeli government and its followers. Blaming Zionism, which is a desire for Jews to return to the ancient lands of Canaan makes no sense. While Zionism only became a formal policy in the 19th Century, the yearning began in the 15th Century. Zionism is not a recent part of Judaism – it has been there since the diaspora. The Jewish people and the Arab Palestinians share more than just a claim to mysterious piece of land that has somehow become Holy and the focus of war for as long as written history. A Zionist supports a Jewish existence in Israel, but not by using the tactics of Egyptians who enslaved us, the European Christian nations that used us for their bankers and other shady business transactions, or the Germans that tried to exterminate us. Instead, Israel must take the entire meaning of Torah to heart. As Rabbi Hillel noted when asked the meaning of Torah he responded “What is hateful to you, do not do to your neighbor. That is the whole Torah…”

This article was originally posted on GiveUsTruth.com