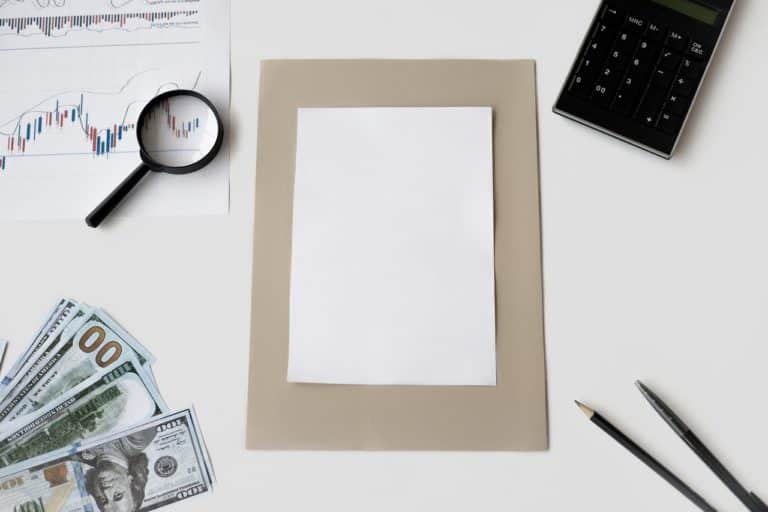 There has been a lot of talk recently about Modern Monetary Theory (MMT), much of that talk due to the economic disruptions caused by COVID-19. The coincidental publication of Prof. Stephanie Kelton’s book The Deficit Myth, the dire need to respond to global climate disruption and the entropy induced collapse of our infrastructure also contributed mightily to the attention MMT has drawn.

It is often described by its opponents as a dangerous invitation to push the economy into an inflationary spiral at worst and a valid, but temporary, solution at best. For those of us who are familiar with MMT, it is neither dangerous nor temporary. Instead, MMT is a description of how an economy operates, specifically  regarding one such as the United States.

The US and most other nation states issue their own currency by fiat. Which means that the government says by law that pieces of worthless paper (just numbers in a ‘spreadsheet’) that may only be created under the authority of the government can be used to settle any debts with the government. The currency established by a sovereign nation must be free of any linkage to another currency or commodity, such as gold or banana peels. Each dollar created is a credit from the government issued into it’s economy with the understanding that the credit is the only way to pay off a future tax obligation.

To make sure you have those dollars to pay your taxes, the government must first spend dollars into existence. That is the key observation that creates the basis of Modern Monetary Theory. As an observation that has not been disproven, it stands as a ‘theory’ in an academic sense. Just as Einstein’s Theory of Relativity has been proven true repeatedly, we still see that there are new applications of Einstein’s equations that reveal something new or proves an expected phenomenon.

To summarize, MMT is a description that provides a lens that we can use to focus on policy choices in nation states that meet the following criteria:

Most notably, among nations that do not meet the above criteria is the nations of the European Union, the individual US states and the Canadian provinces among others, including smaller resource-constrained nations.

The MMT lens comes into play when a policy that impacts the economy is evaluated. It is important to understand that all policy impacts the economy in some social or systemic way. The MMT lens demands that all policy is viewed holistically to capture any economic impact. In the US (and most of the world) the policy objectives are driven by an economic philosophy known as neoliberalism. It is akin to another more recognizable economic philosophy called free market capitalism. It has added to that philosophy the ideas of Milton Friedman.

The neoliberals, while denying the validity of the MMT analysis, have used the lens to focus on their objectives. For example, we only need to look at how neoliberals approach two economic issues and use them both to meet their objectives via the MMT lens. Their objective is that an economy operates best when the private sector has a role in every aspect of the economy. In conjunction with that, neoliberalism considers that the only economic stakeholder in the economy is the ownership class.

Since the onset of neoliberal philosophy as the consensus economic philosophy in the 1980s these objectives have led to oligarchy, monopolies, minimal regulation, and the commodification of the working class. Through the lens of MMT, we get policy that creates income inequality and high unemployment. This is possible because with oligarchical wealth comes oligarchical power, and that includes the power to mislead. The neoliberals, while using the MMT lens, have intentionally misdirected our political and economic discourse away from a progressive philosophy while using  MMT to impose their philosophy.

Neoliberal objective #1 is putting the private sector in control of all aspects of the economy. Here are some examples: charter Schools, private/public infrastructure investment, banking and lending, Private prisons, International trade agreements and minimal anti-trust enforcement. Objective #2 High unemployment and Income inequality. Involuntary unemployment is cooked into economic policy by a calculation called the NAIRU (Non-Accelerating Rate of Unemployment). Income inequality along with unemployment are both directly driven by the NAIRU calculation and lower taxes for the owner class.

When one chooses to look through the MMT lens with a progressive economic philosophy simply described as the “public purpose,” it is easy to  realize that all neoliberal objectives are not in the interest of supporting the objectives of progressive policies. It also illuminates  the obstacles to any policy by demanding a holistic approach. The purpose of progressives learning about MMT is not to teach economics to the masses but  to understand the misdirection used to protect the Oligarchical system. Progressive ideas through the MMT lens shows us  we can have Free Enterprise Capitalism co-existing with Socialism. The reason is simple: anything that benefits the public but is not profitable for the private sector can be socialized.

This is possible based on the foundation of MMT as described earlier.

When the federal government passes into law legislation requiring spending of any amount and for whatever purpose, instructions are sent from the Treasury to the Fed to pay for it. A check is sent to the recipient’s bank account. Nobody needs to check the balance at the Fed. That is because the money paid only comes into existence when it is added into the recipient’s account. There is no stash of dollars physical or digital to be drawn down. No tax collection involved. Taxes cannot fund spending because spending precedes taxation. When the owner class gets a tax cut, all that means is that they have more money to spend (or hide). And since tax dollars do not fund spending, when a tax is paid, the taxpayer’s debt is zeroed out and that dollar (or more) no longer exists.

The impact of the owner class paying less taxes increases income inequality. If you are a neoliberal and want the owner class to have all the wealth and power, lower their taxes. The lens of MMT tells them that. What it tells progressives is that their economic philosophy can be paid for. The oligarchs use misdirection when they tell us that taxes pay for what the government spends.

Not only does the MMT lens show us  we can have Medicare For All, a Green New Deal, federally funded housing for the poor (just like in the 50’s) and many other things. It also shows us the obstacles to every single policy initiative. Neoliberalism pushes the narrative that we practice tax and spend, not spend and tax as we have seen. They also push the idea that running a deficit that adds to the national debt is bad for a nation’s future. They tell us  the debt must eventually be paid back. Usually they guilt trip us with stories about bankrupting our grandchildren. But the US has run deficits about 90% of the time, and so far, I have yet to get a bill from my grandfather. This is just another misdirection allowing  the owner class to monopolize (another neoliberal objective!) nearly all federal spending to end up in their own bank accounts.

The biggest scare neoliberals put into people is the fear of inflation, so much so that it is the foremost argument they present against MMT. In their false narrative regarding MMT, they tell us if MMT is implemented it will result in irresponsible spending by politicians creating an environment ripe for runaway inflation. Often, they even state  MMT ignores inflation. Nothing could be further from the truth. MMT economists have identified that inflation is the constraint on spending, and to make sure that inflation does not occur, they use the lens to see what to do to both prevent it and how to address inflation if it does occur. Most MMT opponents tell us  tax increases are how MMT prescribes dealing with inflation. MMT prescribes a Federal Job Guarantee as a hedge against inflation – note  it would negate the neoliberal objective of encouraging some involuntary unemployment. The other tool is when a policy proposal is made, the holistic approach discovers any resource shortage of trained individuals, machinery, infrastructure, and anything else that is identified as having limited availability. This allows a policy proposal to address these shortages first  to avoid creating inflation. Instead of ignoring inflation, the MMT lens lets progressives see how to manage it for the public purpose.

In closing, I have covered a lot of MMT lens territory. The point has been to make it clear that using the MMT lens and choosing to look for public purpose solutions yields full employment and a path to a progressive society.