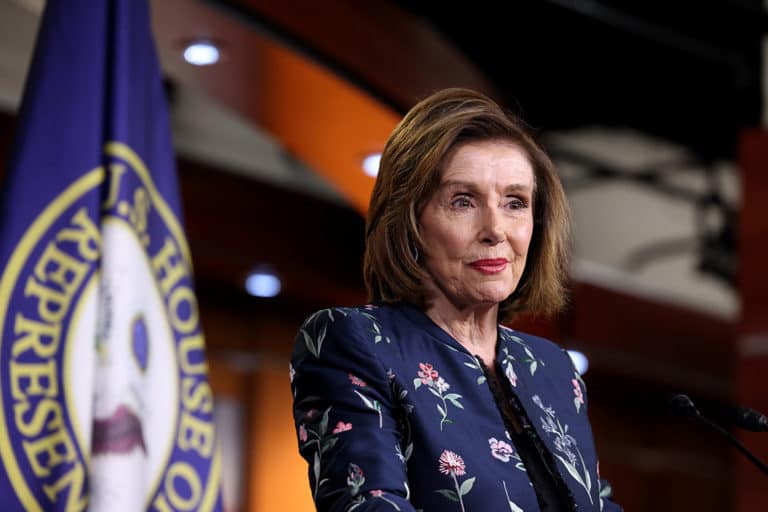 In the capitalist system, the working class provides the labor while the capitalist class reaps the benefits. One method the system uses to keep the working class in poverty is student loan debt. Debbie Baker went to college to become a teacher. After graduating in 1999, she had a student loan debt of $35,000. She has faithfully been making payments of $300/month on her debt for 16 years. She describes her current situation, “Almost 20 years after my college graduation and 16 years of on time payments I now owe over $81,000. It is unbelievable to me that no one at the federal level wants to help people like me.” She is just one of over 45 million citizens who have student loan debt. The total amount of student loan debt is currently over $1.7 trillion. According to the latest Survey of Consumer Finances in 2019:

This debt is not spread equally throughout the population. As is typical in a racial capitalist system, minorities are the hardest hit by student loan debt.

23% of Blacks are behind on their student loan payments as compared to only 6% of whites.

“You’re paying taxes to forgive someone else’s obligations. You might not be happy about that.”

This is an outright lie. As Warren Mosler explained in his classic 7 Deadly Innocent Frauds of Economic Policy:

Government spending is NOT operationally limited or in any way constrained by taxing or borrowing.

Taxes do not pay for student loans. Forgiving student loans would not in any way increase the tax burden on citizens. Nancy Pelosi does not even need to go outside of Congress to know this. All she needs to do is talk to the Chairman of the House Committee of the Budget, John Yarmuth. As he recently said:

We can afford it because we determine how much money is in the system. The Federal Government is not like any other user of currency, not any local or state government. We issue our own currency and we can spend enough to meet the needs of the American people.

The Senate Armed Services Committee just approved a $25 billion increase to Biden’s proposed military budget. If it passes, this increase would not be tied to taxing. Others in Congress have hit back against Nancy Pelosi’s refusal to consider student loan debt forgiveness:

The argument made by Rashida Tlaib is invalid and perpetuates the taxpayer myth. Taxes do not pay for the defense budget. The National Defense Authorization Acts that are passed every year are not constrained by pay-fors. We should absolutely cut the military budget, but not because it presents a tax burden. Rather we should cut the military budget because it represents the single largest threat to world peace in the world. It also is the world’s largest polluter. But it has nothing to do with taxes.

Cancelling student loans would only have a positive impact. The Federal Government does not rely on student loans for any revenue as it has the power to create its own money. In fact, the bulk of student loans will never even be paid.

Taxes are not needed to “pay for” government spending. Further, the logic is reversed: government must spend (or lend) the currency into the economy before taxpayers can pay taxes in the form of the currency. Spend first, tax later is the logical sequence.

In addition to her lies about taxes, Nancy Pelosi also claimed the president does not have the power to forgive student loan debt.

“The president can only postpone, delay, but not forgive.”

This is another lie. The Higher Education Act of 1965 gives the following power to the Secretary of Education:

The Secretary may enforce, pay compromise, waive, or release any right, title, claim, lien, or demand, however acquired, including any equity or any right of redemption. (a)(6) (Part B, FFEL)

The Biden administration has already used this power to forgive $1.5 billion in student loans, the latest of which was $500 million to students defrauded by ITT tech. President Trump used an executive order to expedite student loan forgiveness for about 25,000 veterans. A study by Luke Herrine of Yale University confirms this power:

A Secretary committed to student debt cancellation, working in an administration with the same commitment, could cancel some or all public student debt, which, recall, is 95% of outstanding student debt.

Nancy Pelosi’s statement is in opposition to both the law and the practice. The president absolutely does have the power to forgive student loans. These lies by Pelosi are just a part of a long line of her indifference to the plight of the working class. This is a woman whose net worth is $114.7 million. Her response to the Chauvin verdict was to thank George Floyd for being murdered. Her response to the pandemic was to eat ice cream from her $12,000 freezer, ice cream delivered to her place by essential workers at $12/pint plus shipping. This was a move so crass even Donald Trump of the $100 million dollar penthouse was able to make an attack ad based around it.

Nancy continued her lies when the House failed to act on the eviction moratorium on Friday, July 30. When asked about this failure, Nancy Pelosi claimed, “Really, we only learned about this yesterday.” And added, “Not really enough time to socialize it within our caucus to build… the consensus necessary.”  This is another clear lie; the eviction moratorium has been looming large in the minds of U.S. citizens across the country. To claim the Speaker of the House did not know this deadline was coming is ludicrous. Even with the majority in the House, Nancy Pelosi was unable to put together enough votes to pass the bill. Instead of forcing a vote on it, “House Majority Leader Steny Hoyer attempted to pass a bill to extend the eviction moratorium by unanimous consent, but it was rejected by Republicans.” This was a clear strategy so they could blame the Republicans for the failure. As she was leaving for vacation, Nancy Pelosi tweeted:

If the Democratic Party was truly united over “Ensuring every American has a roof overhead…” then they would have had the votes to extend the moratorium without Republicans. Once again, Nancy Pelosi was lying and deflecting the blame. When this tactic failed, Nancy shifted and decided to blame the Center for Disease Control and Prevention (CDC).

This is yet another blatant falsehood. White House Press Secretary Jenn Psaki stated on July 29, “In June, when CDC extended the eviction moratorium until July 31st, the Supreme Court’s ruling stated that ‘clear and specific congressional authorization (via new legislation) would be necessary for the CDC to extend the moratorium past July 31.’” Congress had from June 24th, when the CDC extended the moratorium until now to pass legislation to extend it further. Nancy Pelosi ignored this fact and tried to pass the blame on once again.

For the millions who are about to be evicted, Nancy Pelosi’s lies will be little consolation as they look for a safe place to stay. In Los Angeles County, California, over 66,000 people were homeless in 2020. The Los Angeles City Council just passed a law banning “sitting, lying, sleeping or storing personal property that blocks sidewalks, streets and bike lanes or near driveways, fire hydrants, schools, day care centers, libraries, homeless shelters and parks” on September 3. Los Angeles will join 34% of cities in the United States that have urban camping bans. A study by Roots Clinic found it would cost the government approximately $12,800 per person (about the cost of one of Nancy Pelosi’s freezers) per year to provide permanent supportive housing for the homeless. Rather than criminalizing the homeless, the Federal Government ought to be providing the funds and the housing to end this crisis. Yet Nancy Pelosi sent Ilhan Omar’s Homes for All Act  to committee to die.

With this kind of leadership, it is no wonder the Democrats lost House seats in the highest turn out election of all time. The worst part about Pelosi’s latest lies is the fact she still remains the Speaker of the House. House progressives had a historic opportunity to block her reelection in January. As the Speaker vote requires an absolute majority of the votes cast, Pelosi required 214/427 votes to win. A total of 218 Democrats and 209 Republicans voted in the election. This means five progressives withholding their votes would have been enough to block her nomination indefinitely. None of them stood up to the neoliberal establishment. Now she is free to use the bully pulpit of the Speaker position to spread lies about student loan debt forgiveness.

1 thought on “Nancy Pelosi Lies While the Working Class Dies”