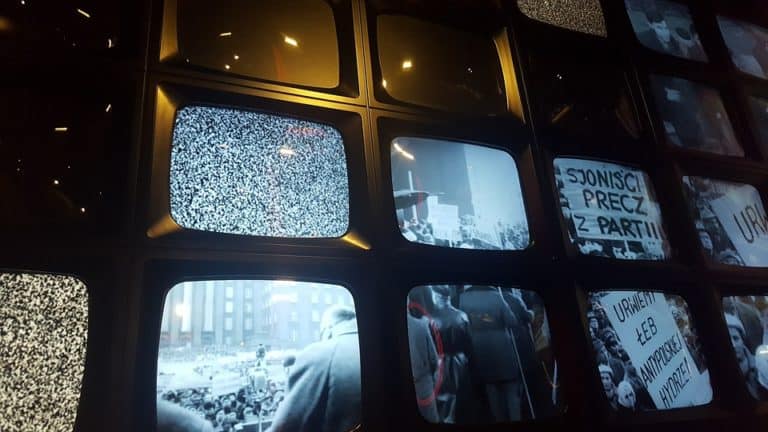 If the United States was democratic, things would be massively different.

Fifty-eight percent of Americans – including 40% of Republicans – support replacing the ACA with a federally-funded health care system. Sixty-seven percent support lifting the payroll tax cap. More Americans support cutting the national defense budget than Medicare or Medicaid. Sixty-one percent of us believe that upper-income earners pay too little in taxes. Sixty-four percent believe that corporations don’t pay their fair share of taxes. Sixty-three percent of us support the Green New Deal proposal (including 86% of Democrats and 64% of Independents).

None of these policies are on the table.

How is it that we have a Presidential candidate in Joe Biden that laughs off a policy with 86% of his own party base’s support? This outrageous state of affairs should demonstrate the utter lack of democracy in our country. Alas, the oligarchic charade has come again: we are being asked – cajoled, berated  – to choose between Joe Biden and Donald Trump – neither of whom have the slightest interest in any of these critical policies. This choice is so bad that once again many people will refuse to make it.

The sad truth is, though, barring an absolute miracle,in January of 2021, the President of the United States will be an oligarchy-supporting nationalist or an oligarchy-supporting neoliberal. This is no small matter, and no small source of anguish for anyone opposed to our broken power structure; what Americans want and desperately need is definitely going to be ignored for at least another four years by the executive branch. This is happening, whether or not we participate in the “democratic process.”

We at Real Progress in Action have been clear in our contempt for Joe Biden. Biden was outspoken in his segregationism, very fond of Klan leaders, fiercely advocated for our broken and racist criminal justice system, and behaved shamefully toward Anita Hill – just to name a few of our major issues with him. Perhaps this fondness for racism is why Obama saw him as a way to soothe and placate southern conservatives in 2008.

Considering the pain and suffering in the black community that Joe Biden is directly responsible for, Joe “Shoot-’Em-In-The-Leg” Biden’s statement that “you ain’t black” if you don’t vote for him is especially insulting.

While Biden is being fed donations from big oil companies and his climate advisor makes millions from the fossil fuel industry, his half-hearted climate response is, predictably, catastrophically underwhelming.

The problems with Joe Biden are many, and very serious. There is nothing appropriate about downplaying how severe his problems are – even with Donald Trump as the alternative. Each of these major problems represents another reason to not vote for him.

So when we are shamed and cajoled to vote for Biden, it is because removing Donald Trump from the White House is believed to be paramount – at almost any cost. Even Bernie Sanders, who is quite opposite Joe Biden in many respects, has called not voting for him to remove Trump – “the most dangerous president in the modern history of this country” – “irresponsible.”

We owe it to ourselves to determine if Bernie is right about this. Normally “lesser-evil-ism” is a trap. When George W. Bush had clearly outed himself as a war criminal, many on the left flocked to corrupt neoliberal John Kerry in an attempt to stop him and bring back ‘sanity.’ When Barack Obama betrayed the message he ran on, the left was too scared of Mitt Romney to vote against Obama’s corrupt neoliberal behavior. When Hillary Clinton went up against Donald Trump, many were so scared of Trump that they admonished us to vote for corrupt neoliberal Clinton in a bid to keep him away from power.

The end result of voting for “the lesser of two evils” is that we have institutionalized evil, normalized it, created the expectation of evil and shown that we will tolerate it – thereby pushing the Overton Window even further to the right. This is well-known by all of us – especially to evil politicians, who see no incentive to change their ways and every incentive to continue. Little by little, dangerous precedents are set, outrageous behavior is normalized, and we move closer and closer to outright tyranny.

Is there, however, a situation so extreme, so dire, that it is appropriate to “bite the bullet,” “hold your nose,” and vote for a “lesser evil?” If there is, we have two questions to answer: first, does Trump represent such an extreme evil that we should suspend our standards for basic decency? And second, is Biden actually a lesser evil?

It is the precedent being set and the normalization of bad behavior that must take priority in such an examination (normally, it would be policy; but neither has good policy). In this examination, it is clear that establishing Trump’s behavior as normalized precedent is unacceptable. From attacking civil rights to quoting Mussolini to inciting violence at his rallies, emoluments violations, incubating a culture of violent racism, relentlessly attacking the free press, to hiding his financial records, to showing his admiration for dictators like Duterte, Kim Jong Un, el-Sisi, Xi, Erdogan, and Putin, Trump has shown himself to be an authoritarian nationalist with admiration for very bad people at the very least and a would-be dictator at worst. While the rest of the world – including long-time allies – is losing confidence in the USA very quickly, our President is praising and saluting dictators.

These are new behaviors, a new low we have sunk to. Allowing this behavior to become accepted precedent would be disastrous. Make no mistake: it is the DNC’s fault that Trump is in office (they cheated their way to nominating a heavily disliked establishment neoliberal, Hillary Clinton), and it will be the DNC’s fault if Trump remains in office (they did it again with Biden). But assigning blame does not help materially. If we do not elect Joe Biden, the sad and outrageous truth is that we will expand the range of acceptable behavior to include authoritarian nationalism and, arguably, fascism.

The cost of doing this, though, would be extreme. The message and precedent set by electing Joe Biden would be deadly to the progressive cause, because if rigging and oligarchy can be shrugged off and countenanced, corrupt neoliberalism will be emboldened and act with impunity; and progressives will lose much of our hard-earned influence when the DNC does not face consequences for its behavior.

Also not to be underestimated is the “brunch effect.” As horrific as Trump is, his grossness, childishness, classlessness, and offhanded self-aggrandizing lies are catalysts for action. People who were comfortably uninvolved for years are finally awake and angry – and it’s making a difference. The George Floyd protests arguably accomplished more for justice in a month than the entire DNC accomplished in the past twenty years. Our government is not going to change its ways any time soon, but we have seen what we can accomplish with direct action. When and if Biden makes it in, though, he will bring back the platitude; a heavy sigh of relief will sweep the nation, and there will be a massive decline in the push for justice. America will go back to sleep, never again bothering to address the crises of climate change, health care, racial justice, mass surveillance, or war.

In the meantime, the 40-year slide into neoliberalism is precisely what created Trumpism in the first place.The election of Trump was a reactionary indictment of the failures of neoliberalism. Finding sanctuary from Trump in the very people who created him is short-sighted indeed. America wants fundamental change – Trump represented to many a chance to achieve that change. Biden assures us in soft and pleasant tones that “nothing will fundamentally change,” but the appetite for that change has not gone away. In other words, there may well be “another Trump” if we continue on our neoliberal path.

Having come from a family that was decimated in World War II, I know which catastrophe is more alarming to me. It’s a close call, but I know. Importantly, the neoliberal precedent has already been set; the other is about to be set if we re-elect Trump. I cannot in good conscience advocate for Joe Biden, but I cannot advocate allowing Trumpism to become accepted precedent. I place blame where it belongs, but I am still responsible for my single vote even if the options are abhorrent.

This is not an argument to vote for Joe Biden, but a reminder that Trump’s conduct is unethical and dangerous in extremely frightening and unprecedented ways, and our response should reflect the unusual nature of our current situation. It is up to us to determine whether allowing America to countenance de-facto fascist authoritarianism is worse than taking a time-out to probably breed more of it. This is an incredibly infuriating situation and should illustrate quite well the fundamental problem with “lesser-evil” voting.

More importantly, one thing is clear: we will have to fight for what is right and what is true no matter which president we have because neither will be an ally to the people. In the absence of good voting choices, it is hard to blame anyone for voting for Biden or for a third-party candidate. We will have Biden or Trump in 2021, though; and thus we will have to stay involved. If this is a dispensation special enough to even consider someone like Biden, it’s certainly a dispensation special enough to commit to fighting that dispensation tirelessly. Infuriatingly, we have no choice.

No matter who we vote for, democracy will continue to be conspicuously absent in our government. We should not expect representation from our government at this time. We must create justice ourselves in local politics, protests, and direct action. Whoever the President is in 2021, America will need us. Cliche’ though it may sound, we are the ones we’ve been waiting for.