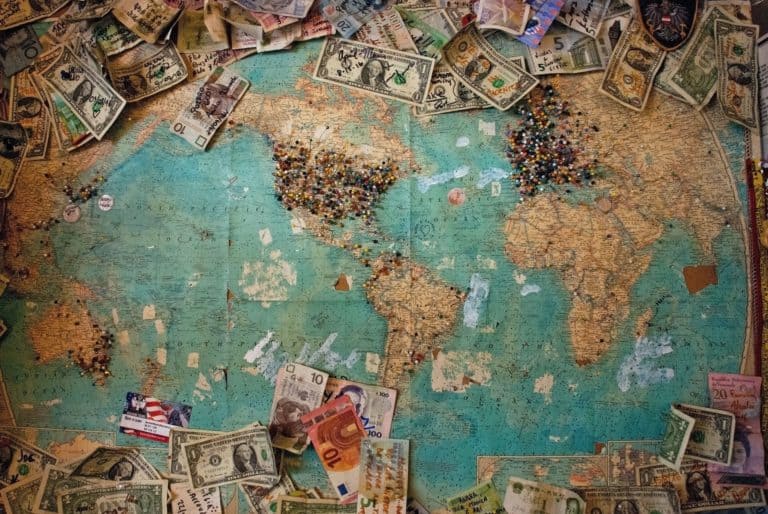 Payments to Alaskans are Not a UBI

Supporters of a federally funded Universal Basic Income (UBI) often incorrectly point to the dividends paid from Alaska’s Permanent Fund Corporation (APFC) as a proof of concept. This view is detached from reality in both scale and operation. Looking at Alaska for a federal model does not utilize our existing capability to provide a better life for all people and looking elsewhere for a federal model requires the study of macroeconomics and oppression. Further, calls for a UBI should not be conflated with a basic income underneath the umbrella of a Federal Job Guarantee (FJG), and alongside enshrined universal basic services.

In 1980 the Alaska Permanent Fund Corporation (APFC) was created. Alaska began sequestering a portion of the state’s energy and mineral tax revenue for diversified long-term investments in stocks, bonds, real estate, etc., and on every continent except Antarctica. Its aim was to provide an annual dividend payment directly to Alaskans, to supplement the state budget, and to continue to grow long after the oil wells ran dry. The APFC has been largely successful in improving the quality of life in Alaska. Over the past 40 years since the Fund’s inception, oil taxes have accounted for “an average of 85% of all unrestricted state revenue,” but in 2021 that figure is forecasted at only 17%. With oil finally imploding, the state has decided to deviate from the fund’s dividend formula for the past several years, reducing payments to citizens to maintain spending elsewhere. This has turned Alaska’s payments into something of a political spectacle with candidates dishonestly waving dollars at voters. The fund is worth about 70 billion dollars (as of November 2020); the pandemic drove its value below 59 billion dollars as of March 2020, but the federal bailouts for Wall Street are trickling up to Alaska even as tax revenue flounders. Alaska is successfully redistributing a small portion of the state’s raging natural resource exploitation back to its citizens. Of course, natural resource exploitation is not the only type, and in the absence of adequate federal protection states from California to Maine could and perhaps should tax (for immediate redistribution, or for a fuel and weapons divested version of the APFC) any sources of natural or human resource exploitation (e.g., timber harvesting or gig work), at whatever rate policy-makers and voters decide will not stifle anticipated outside investment.

While Alaska’s program makes sense for the individual states, when it comes to the spending capacities of the federal government there is no reason to attach society’s needs to any arbitrary tax or imagined dependence on private fortunes. We should tax public harm (e.g., pollution), but that money does not then sit in any account. It is deleted. We should also strive to improve public goods (e.g., education, health, transportation), but the money we need is not waiting in anyone’s account. Its creation is ordered by the vote of Congress. This is not how Alaska works at all, and that is important. In the face of this pandemic, individual states are at risk of bankruptcy, just like you. The United States government can never go bankrupt, can never involuntarily default, but Alaska could.

The United States is monetarily sovereign and its individual states are not. The federal government has legal control over a fiat currency, meaning they spend in their own units (dollars) that are no longer attached to any real resource, they have a floating exchange rate (their dollar is not attached to any other currency), and they do not need to borrow in any outside currency. They, therefore, lack the “pay for” requirement that restrains everything else in this country from the state of Alaska or California all the way down to the readers of this piece. Only a monetarily sovereign state can deficit spend through prolonged economic downturns when tax collection is reduced but people’s needs have increased. This full legal control over the dollar means our federal government’s and Alaska’s orders of fiscal operations are in reverse. The difference here is technical, not semantical. Alaska, like you and me, needs to gather or borrow dollars before they can spend them, whereas the creators of the currency need to put dollars into existence before they could possibly tax them. Which raises the question, why would the federal government do what Alaska does? The spending of public money to alleviate economic downturns makes perfect sense, however, legislating to avoid those downturns as much as possible makes even more sense. Pretending the federal government is financially constrained like the state of Alaska does not make any sense at all. So, why should they not use their monetary sovereignty to provide a Universal Basic Income (UBI)? Why would a Federal Jobs Guarantee (FJG) increase well-being and economic stability and why is a standalone Universal Basic Income destabilizing and inflationary?

Money is infinite to a sovereign government, but everything else (e.g., water, cropland, labor, minerals, energy) is still finite. The goods and services made available for consumption are “supply,” and the spending of money is “demand.”  A rise in demand can cause demand-pull inflation, a drop in supply can cause cost-push inflation. Falling demand or rising supply can cause deflation. This is why Professor Stephanie Kelton says it is Congress’s job to “balance the economy, not the budget.”

Picture a scale with supply and demand sitting on opposite sides. The federal government’s aim is to keep the scale just barely tipping toward demand, as 2% inflation annually is their stated goal. Remember they, unlike you and Alaska, are a currency issuer, which is why existing federal taxes and entitlement spending are already designed to move counter-cyclically to the cycles of the economy. Known in economics as automatic stabilizers, by affecting overall demand they lessen the destructive extremes of a teetering scale.

Our government can also influence the supply side (with the demand stimulation secondary), and they already do so whenever they spend money to provide us with things like education, healthcare, housing, or infrastructure. They could do even better with a Federal Job Guarantee. UBI suggests we just put upward pressure on demand, and then cross our fingers and hope the monopolists abandon neoliberalism and finally stop creating artificial scarcity. Which is to say, that UBI suggests holding our wishes in one hand and letting the plutocrats crap in the other. With a FJG we can take control of both sides of the scale, by using the power of our communities and our fiat dollar to makes sure no one ever again wants for bread and roses.

In recent years, Alaska has distributed to its citizens between under $1,000to just over $2,000 paid annually in September. Meanwhile, most calls for a federal UBI are in the neighborhood of $1,000 to $2,000 per month, not year. A population of 330 million Americans multiplied by $12,000 is just shy of $4 trillion per year ($8 trillion if we go up to payments of $2,000 per month, while US annual GDP is currently at about $20 trillion). That is an amount of demand that could and should be absorbed without inflation now with the economy in recession, but one that is likely to be inflationary during periods of economic prosperity. On the other hand, that spending might be absorbed not just in recession but all the time if we do it in a productive rather than wishful way. In short, UBI could drive significant inflation because it only increases demand and naively ignores the real problems with supply. Whereas the FJG would directly improve our lives while also controlling for inflation because it increases both demand and supply.

People are being exploited and need help but taxing our exploiters for what should have been ours in the first place would still leave intact harmful monopolies and the artificial scarcities they feed on, and it will not significantly elevate working people, because it will not even begin to get us out from under the heels of our oppressors. We need policy that directly ensures we have enough actual goods and services available to meet the public’s full needs, and then money to match. Elevating demand while doing nothing about intentional supply shortages, such as in housing, will just perpetuate our problems. The FJG stabilizes the system while directly improving our lives. A UBI does not stabilize the system and will cause inflation during economic peaks. We need to keep more of the value we produce in our own pockets before we even consider what and how much should be taxed. We need to throw away the neoliberal narrative of growth through austerity, the lie that poverty is in any way necessary. We need to realize that ending our exploitation up front is a different strategy from taxing it more on the back end.