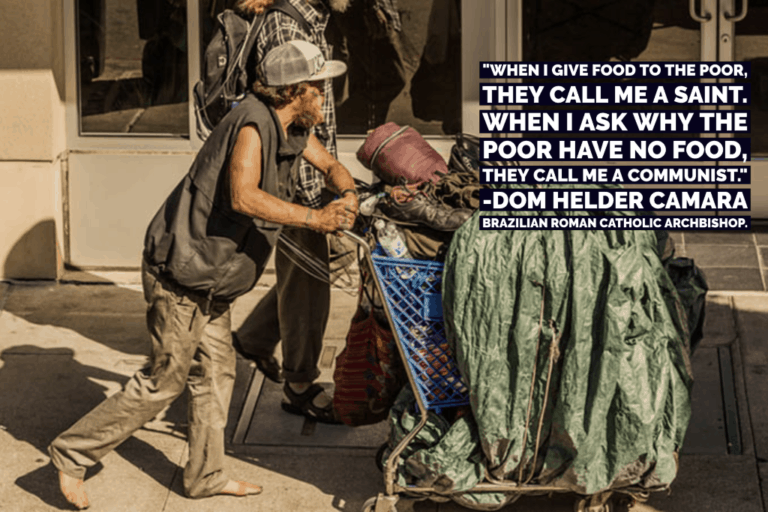 PHAD: A MMT Solution to Homelessness

Do you know of the constitutional power of ’eminent domain’?

“Eminent domain refers to the power of the government to take private property and convert it into public use. The Fifth Amendment provides that the government may only exercise this power if they provide just compensation to the property owners.”

In Kohl v. United States, 91 U.S. 367 (1875), the Supreme Court held that the government may seize property through the use of eminent domain, as long as it appropriates just compensation the owner of the property. In Loretto v. Teleprompter Manhattan CATV Corp. 458 US 419 (1982), the Supreme Court clarified that when the government engages in a taking and implements a permanent physical occupation of the property, it must provide the property owner with just compensation, even if the area is small and the government’s use does not greatly affect the owner’s economic interest.

In Kelo v. City of New London, Connecticut, 545 U.S. 469 (2005), the Supreme Court held that general benefits which a community would enjoy from the furthering of economic development is sufficient to qualify as a ‘public use’.

In other words, the Federal Government has the constitutional power to seize private property, at any time, as it sees fit to benefit the public.

As a Congressional candidate myself, albeit for the 2022 cycle, I similarly advocate for the seizure of golf courses but propose they be used for the construction of multi-unit hybrid housing structures in what I call the “Patriot Homes And Dignity Initiative”, also known as PHAD.

Based on current homelessness levels, the PHAD would construct 1.5 million publicly owned and locally administered no-cost housing units with elected committees for accountability. This number of homes would immediately end homelessness in America, based on known numbers of our neighbors without homes. This number of units isn’t random. It’s roughly triple the number of known unhoused people in America. The Patriot Homes and Dignity Initiative is designed to maintain more no-cost homes than unhoused people, so there’s always a home for those who need it.

In addition to that, these buildings would also have space for publicly funded educational facilities such as Head Start and after school programs, as well as retail and small business spaces. The nominal facility rents for each of those would be used to subsidize any costs to the municipality in which the PHAD facility was built, increasing local and state funding for other projects. The operations, construction, and upkeep of the PHAD facility itself would be sovereignly funded by the U.S. Federal Government. Those who live in a no-cost unit may stay there indefinitely, however after they achieve income above the poverty line (which needs to be drastically changed upward), they’ll be encouraged to opt-in to a ‘rent’ in an amount of their choosing. This ‘rent’ will be redistributed to a non-profit or community action organization of that tenant’s choice.

No-cost housing solves the primary factor driving homelessness: lack of a home. However, to promote fair rents and competition in the housing market, PHAD would create a base of 15 million homes with the additional benefit of preventing people from becoming homeless. This is five million more homes than even former presidential candidate Bernie Sanders called for in his 2020 campaign.

Under the proposed PHAD model, these low-cost housing units will have rent indexed to local minimum wage and household size, ensuring that rent is never more than 15% of the primary income-earner’s income. The low-cost housing facilities will also have hybrid spaces for businesses and community or educational facilities, with incentives for small businesses to set up shop in a PHAD building, just like the no-cost housing buildings. The result of this competition would be the driving down of artificially high rents in privately-owned rentals, ending the false scarcity driving the housing market bubbles and crashes.

Additionally, the Federal Government would establish an independent review board to evaluate homelessness and poverty levels, in addition to the housing market to determine when new units need to be built on a rolling basis. The PHAD facilities would be federally protected against privatization and repurposing, ensuring that, once built and implemented, these homes are always available. In other words, the PHAD program can only expand, and never shrinks.

Of course, other services will be necessary in many cases to help the formerly unhoused become stable members of society. Two examples:

Both of these are solved by other aspects of my congressional platform, such as Patriot Care (an American NHS) and an expanded and fully funded VA.

The Patriot Homes and Dignity Initiative would be mandated to preserve individual freedoms and privacy. Social workers or other agents wouldn’t be allowed to operate like abusive landlords or any form of landlord. There would be no mandate allowing them to force a certain lifestyle on tenants, nor regulation prescribing them to invade tenants’ homes. Any legitimate reason for a social worker or other person to enter the tenant’s house is easily covered under existing social work and criminal justice programs. However, those programs also need to be reformed.

The point of my visionary policies, in this case the Patriot Homes and Dignity Initiative, is to ensure that human needs are human rights, freely accessible to all. In this context, the need for shelter and a place to call home is readily covered by the proposed PHAD model. Not everyone can afford housing, so not every house should require money. It’s that simple.

I consider my position on this to be the moderate one. You go further left and you’ll find people advocating for the direct seizure and redistribution of existing vacant homes. You go towards what most Americans think is the “center” and you’ll find people moralizing about homelessness being a problem while bureaucrats hide behind “it’s a very complicated problem to solve” and nothing ever gets done except police raids. If you go further right than that, you’ll find hostile, anti-homeless architecture and a non-profit industrial complex encouraging donations going to the “right” organizations rather than directly helping those who are unhoused.

Coupled with the Patriot Jobs Act, often referred to as the “Federal Jobs Guarantee,” these two policies would provide homes and jobs for every American. Furthermore, the maintenance, construction, and operation of PHAD buildings will require workers. This means these two policies feed into each other in a positive-feedback loop. PHAD makes housing accessible, affordable and competitive while providing jobs. The Patriot Jobs Act provides jobs, making housing and other needs accessible and affordable while making wages competitive in both the public and private sectors. Here’s a graphic describing the fundamentals behind the Patriot Jobs Act:

On a personal note, my mother and I were homeless when I was an infant and toddler. My first memories are of my Nana’s house, not of a family home of our own. And, I was a lucky one. I had a Nana who could take care of me while my mother worked 80+ hours a week to get us out of the situation of homelessness.

Dignity is a word thrown around a lot but rarely considered. I believe every human life has an inherent dignity, and that dignity should be honored by a society that becomes increasingly better, with a baseline of every human need being a human right. Unfortunately, the rampant policy violence and social murder of capitalist societies means that the inherent dignity of each human is discarded in exchange for commodification of their bodies and minds. Capitalists rent our bodies and minds in exchange for a pittance of wages while they keep the lion’s share of the wealth generated by our productivity. By ensuring fair wages and housing to all in America, every American will have the ability to access their inherent dignity throughout their lives.

Everyone deserves a home to call their own. Full stop.