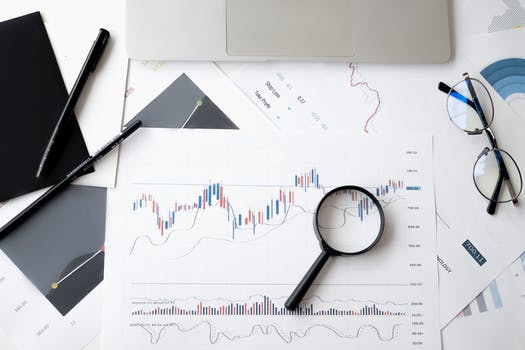 Public Banks: The Path to Freedom

Just over a year ago, Congress passed the CARES act in response to the COVID-19 pandemic and the resulting economic crisis. Of the total $2.2 trillion dollar stimulus package authorized by the act, large corporations and small businesses pocketed $870 billion of cold, hard, key-stroke created cash.

Congress placed no requirements on recipients of the corporate bailout money in terms of job preservation, stock buybacks, or executive pay. Congress also placed trust in private banks to allocate the funds set aside for small businesses. But banking giants like JPMorgan Chase, Wells Fargo and Bank of America and corporations like American Airlines and Hilton proved yet again that they could not be trusted to act in the public’s interest.

Instead of directing aid to small businesses, banks made loans to larger companies with the resources to more easily navigate the legal and bureaucratic processes of obtaining loans. Smaller operations that couldn’t get aid continued to lay off employees or permanently close, while the big guys (who first used their available cash to buy back their stock at bargain prices and then looked to the government with their pockets turned out) took the federal aid and positioned themselves to further invest in markets and property left behind by now defunct competition.

Add to this the fact CARES only allocated $560 billion to individual citizens. Of that, only $300 billion would go to direct payments. The other $260 Billion went to unemployment programs, which were so overwhelmed with applications from laid-off workers that millions of Americans entitled to those benefits were unable to claim them. As unemployment soared as high as 14.7% in April 2020, tens of millions of newly unemployed Americans were expected to get by on a $1200 check. Some would not even receive that.

As has been pointed out by great modern thinkers Louis C.K. and Steve Grumbine, it is ridiculously expensive to be poor in this country. Many struggling Americans received their check in theory, but saw their stimulus seized by banks or private debt collectors before the money ever hit their accounts.

The decision by Congress to prioritize aid to businesses over individuals, and the actions by private banks, which ensured that aid would go to already wealthy corporations and individuals, should surprise no one. Chalk it up to another one in a long line of policy decisions that demonstrate how the wealthy have rigged our economic and political systems to their benefit. It’s trickle-up economics disguised as public aid and democracy over and over again.

What can we honestly expect from a political establishment that bailed out and refused to prosecute the obvious fraud responsible for the 2008 housing crisis, fraud committed by occupants of the highest echelons of private banking? How can we expect an economic system to operate for the good of the majority when its advisors and architects are so inextricably tied a minority of grotesquely wealthy, private interests?

Maybe it’s time to accept that we can’t. If our entire political establishment continues to embrace neoliberal/libertarian economic theory and the advice of economic advisors who are linked financially to the interests of private banking, and if Congress refuses to prioritize spending on programs that directly benefit working class individuals over those that benefit big business, then our entire economic system will remain at the mercy of private banking institutions. To break free from the will and power of unelected banking interests, maybe it’s time to consider publicly owned and operated banking options.

Public banks offer freedom to individuals and communities in a variety of ways. Removing the profit motive frees banks to make loans for projects that do not have to generate income for a bank’s owners. With operating costs as its sole earning requirement, a public bank could realistically offer rock bottom interest rates for individual homes or for sustainable community projects like public housing, education or healthcare. Most importantly, a public bank would offer working class individuals another option for storing their money and financing their needs and dreams which is separate and safe from the crashes and corruption of volatile, private investment markets.

Pursuing public banking options provides a much-needed means to separate the savings and financing needs of working class individuals and local communities from the greed and recklessness of predatory private investors. If the entire housing market wasn’t tied to the continued existence of the banks deemed “too big to fail” in 2008,  then we could have let them fail. If we create a separate banking system which operates by design in the public’s interest rather than for private gain, we will never again have to be lectured on “moral hazard” by absurdly rich assholes who rewarded themselves bonuses and private jets for committing fraud and kicking 10 million Americans out of their homes.

For more information on how public banks could operate and what they could offer you, check out Real Progressives’ Macro N Cheese podcast episodes #93 “The Public Banking Act”  and #34 “The Legal Nature of Money and the History of the Federal Reserve.” Both episodes feature discussions with host Steve Grumbine and economist, lawyer, and public banking advocate Rohan Grey. Each serves as a great introduction to both Steve and Rohan’s fantastic and extensive work on these subjects and to how initiatives like public banking can help to break us free from the stranglehold corporations and private banking institutions have on our lives and democracy.