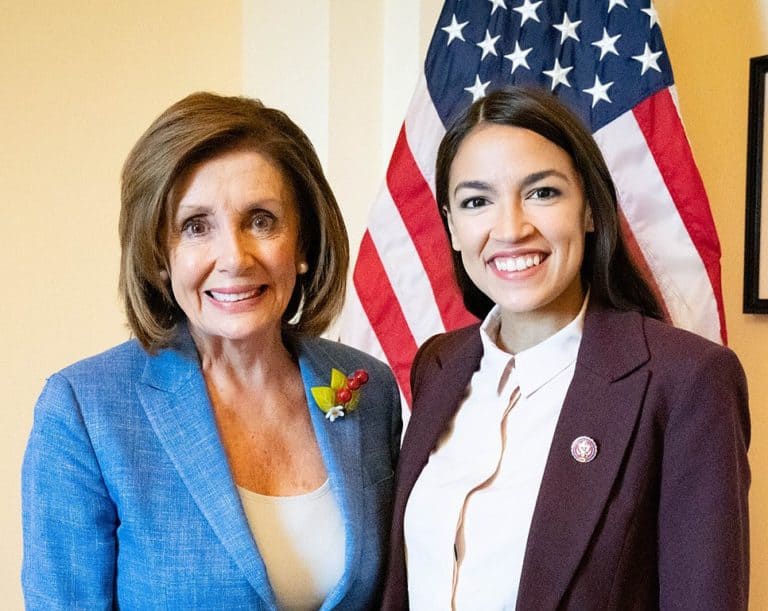 Push Blue No Matter Who

This sole focus on Alexandria Ocasio-Cortez (AOC) is ridiculous. She’s not the only “progressive“ in Congress. She can’t do anything on her own even if one operates under the woefully absurd assumption that all change must come from within the capital. “The squad“ is up to, what, seven members now? I think we can start including other names in our critique. Having said that…

Everyone who defends AOC is guilty of a variety of sins. We don’t have any time left for a cult of personality. These people are not heroes. They’re not rock stars. We are not supposed to be fans.

This did not just start happening.

So, every defense of AOC is guilty of this greatest of sins: telling us to “wait.”

To even imply that is the most cardinal of sins.

We have the GOP actively trying to kill us. We have corporate Democrats happily helping them out by putting their arms around us, smiling at us, and then stabbing us in the back, all while expecting us to love them as they do so and demanding our votes.

We have a significant portion of the population that only wants to “win elections.” They don’t care what it looks like after they win. And the next election starts the day after the last one ended. They’re not invested in policy. As long as “their team“ wins, they’re good. They love pointing the finger at the “other team” and blaming them for everything because “how can our side be responsible? We’re the good guys!”

Jockeying for committee assignments is a joke. That doesn’t meaningfully make our lives any better even on the massive assumption that anyone on “the squad” would get “Primo positions.” That’s not what corporate Democrats want. They will find a way to make that not happen or make it irrelevant. They don’t want to change. They don’t want to be threatened in any way.

The only thing that matters is how hard are WE willing to fight? Not “Progressives in Congress” – us. Against the Oligarchy. Know your enemy. That very much includes Pelosi and all the other corporate Democrats.

If you’re not willing to push AOC and the squad then I don’t consider you to be an ally. Maybe you’re not an enemy, maybe you are. But if you’re not pushing them, during a pandemic, during an economic depression, I will, at the very least, question your values. For you are, willingly or unwillingly, by default allowing gratuitous suffering to continue unnecessarily. Why? Because you don’t want to push too hard?

Look, if you want to make that choice for yourself, fine. But we see you. So, don’t be surprised if, when you tell others to stand down, to wait, or God help you, to trust “the squad,” that you will get slapped down. Hard.

We’re done waiting. We’re not waiting for the squad. We’re waiting on you. The only way we’re going to get the change we need is for all of us to rise up and demand that our elected officials, ALL our elected officials, act in our best interest. It’s too late to wait for them. It’s damn near too late for all of it. But there are too few in Congress who want to do good things, too many who feel they can’t so they won’t try (hello Andy Kim), and way, way too many who are actively trying to go the other way.

If you’re not going to rise up, then I actively encourage you to sit down and stop having opinions. The life of my children is on the line, and if you think I’m going to defend you and throw them under the bus, you’re out of your fucking mind.

Don’t be a fan. Be a storm. AOC, herself, suggests nothing less when she’s talking to a crowd. But it’s not on her. It’s on us. If you want change, then be the change. We don’t have time for anything else.