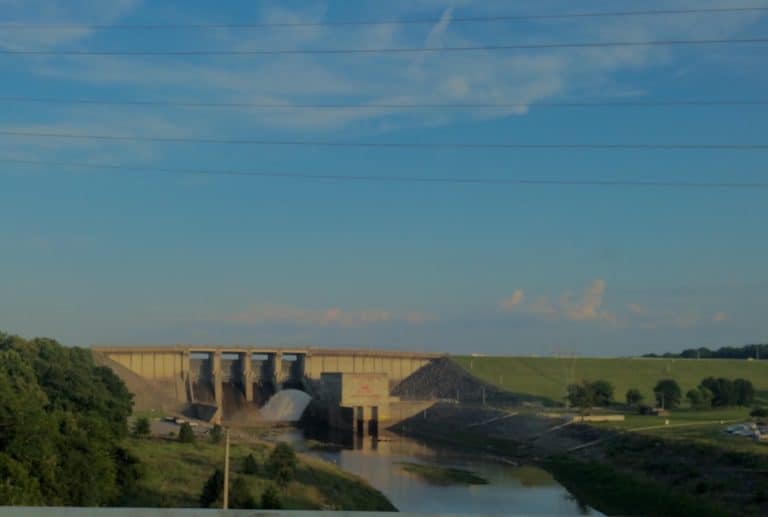 Rebuilding Government With A Job Guarantee

Friend and always thought-provoking writer Ryan Cooper has a piece up at The Week today giving a brief but comprehensive of the sheer amount of damage that the Trump administration has done and is continuing to do to the federal government’s administrative infrastructure, and proposes that President-elect Joe Biden goes about repairing it by eschewing the slow and wasteful procedures of the Obama administration and instead takes a lesson from the Trump administration by mirroring its “sheer shameless belligerence” with “a blizzard of executive orders and administrative rulings.” This would absolutely work, and those who doubt whether it could be wielded for progressive aims need only look at the historical examples of Presidents Lincoln and FDR. But as Cooper notes at the piece’s end: “It’s hard indeed to imagine Joe Biden doing any of this.” Biden is definitely not a Lincoln or FDR, let alone a Bernie Sanders, but that is not necessarily the whole answer. After all, the Obama administration’s highly restrained approach to regulation had exceptions from exceptional appointees and workers who came in with President Obama, such as the Consumer Financial Protection Bureau under Richard Cordray.

These gains could be replicated with focused advocacy and mass showings of support for certain appointments (and mass opposition to others), and with groups like HUD Draft 2021 popping up, it is clear that there will be a lot of advocacy of that kind. But this kind of advocacy, as so well illustrated by the Obama administration itself and even more so the deregulation of the Clinton administration before it, is more of a defensive strategy than an offensive one. And while the deconstruction of the federal administrative state under Trump is undeniable, as Nicole Aschoff points out the “failed state” framing ignores that from the perspective of who the state actually serves, the capitalists, the state is working exactly as intended. Sure, corporations will sometimes oppose or at least caution against a certain kind of rapid and reckless deregulation because that could actually wind up imposing more costs on them in the short term with updating to the new state of the law (such as David Solomon’s infamous defense of Dodd-Frank recently). But overall, the less administrative state the better for capitalists, not just because of how regulations usurp their dictatorial authority over their operations, but also because the federal largesse easily outcompetes the private sector as an employer with better benefits, higher rates of union representation, and the appeal of doing work in the public interest rather than, say, making food that harms the health of your community or working at a call center trying to extract what little money the working class has.

The problem of federal deregulation is often thought of as a wonk problem, usually because the points of attack (and consequentially the framing) are specific policies or whole agencies and their subdivisions. But the problem of federal deregulation is a labor problem — a problem of who controls labor, what that labor does, and how the value that labor creates is distributed. While wonkery is not going to be a moot issue any time soon (and thank god for nerds like me!), an essential goal of rebuilding the federal administrative state needs to be a reframing around labor and a goal of democratizing the state rather than just rebuilding what existed before.

It is particularly this perversion of prior efforts at having the federal government ensure full employment that requires modern advocacy to adhere to ten key principals of a federal job guarantee, as laid out in the Job Guarantee Now website:

Jobs for All: Create publicly-financed jobs for everyone who wants to work, whether they face barriers to employment or are laid off during downturns. These would be net new jobs with no displacement of existing public sector workers.

Bottom-Up: Foster broad engagement and participation from local communities, especially those most left behind, in suggesting and prioritizing projects.

Raise the Floor: By providing a universal public employment option, increase worker bargaining power and improve the quality of low-wage jobs throughout the economy.

Stable Economy: Protect the economy from future recessions by maintaining consumer spending, while building human capital and improving the environment in ways that create a stronger, more resilient economy.

The “Bottom-Up” principle is how we could use a federal job guarantee to transform the federal government even as we rebuild it from its post-Trump ruins. There are models for doing so, particularly in more recently created agencies like the CFPB which holds town halls that are far more accessible to the public that the labyrinthine and technocratic rule and comment process. A bottom-up federal job guarantee could go a step further than that though by giving people decision-making power rather than just commenting or having a seat at the table. And that shift is not just appealing per its democratic principals, it is a needed shift to reverse one of the worst trends in the U.S. conception of government — distrust. The odd and at-times cultish devotion that a lot of cable news hosts and cable news host-esque politicians have towards our institutions is not shared by the American public. As laid out in the most recent issue of Jacobin, the World Values Survey has found more than 80% of the U.S. has little or no confidence in Congress, and close to 60% have little or no confidence in civil service. These trends run parallel with a dramatic 20% of the U.S. preferring military rule and the other authoritarian trends seen in the Trump phenomenon.

Coming out of the New Deal and the radical market interventions and nationalizations done during World War II, trust in the federal government in 1958 was 73%. And what the public trusted the government to do was ensure their social welfare. Things could have gone dramatically differently — even as the New Deal transformed Americans’ expectations and trust in government, authoritarian tendencies persisted on issues like eugenic sterilization and more punitive criminal punishments. The German American Bund, a Depression-era organization that promoted Nazi Germany, had 25,000 members at its peak. Father Coughlin, a fascist-sympathizer radio show host, was deemed enough of a threat by FDR to get his radio show canceled and his magazine (ironically named Social Justice) shut down. Germany immediately prior to Nazi domination infamously was at a similar fork in the road during the Weimar Republic where violent clashes between communists and fascists in the streets were common.

The destruction of trust in the federal government is often blamed on the Vietnam War, and as one of the most atrocious acts the U.S. has committed against a foreign people and its own people, that certainly cannot be counted out. But if we return to the Pew Center graph, there is a far greater drop after the Vietnam War as neoliberalism began to take hold of the U.S. political establishment with Presidents Nixon, Ford, and Carter. Unsurprisingly, this period saw the re-emergence of fascist politics in the United States with the American Nazi Party, the Klu Klux Klan, and other organizations blaming civil rights for people of color and women as the cause for the decrease in living standards actually caused by the U.S. federal government abandoning its people. It also saw the publication of a go-to book of fascists in the United States, The Turner Diaries.

Finally, the last serious drop happened during the first President Bush administration, that was only briefly reversed by Clinton and the second President Bush before returning to less than 20% it has been at ever since. That last serious drop saw Ruby Ridge, Waco, and the Oklahoma City Bombing as well as the rise of “intellectuals” that the modern far-right relies on like Siege author James Mason (at least when he wasn’t dealing with one of the various prosecutions he has faced for his pedophilia).

Trump’s dismantling of the federal government has only been possible because of decades of Democrats like Jimmy Carter and Bill Clinton, as well as Republicans like Richard Nixon and Ronald Reagan, deregulating and dismantling the federal government and instilling in the U.S. populace the idea that the government cannot and does not serve the people. The liberal proposed solution to a post-Trump government is to ask the American people to make a leap faith in trusting the government based a litany of experts, ranging from actual experts like Dr. Fauci to know-nothing consultant types like Pete Buttigieg. This will not work because those experts cannot be trusted with the well-being of the American people and the American people know it.

A federal job guarantee could be the most radical reorientation towards democracy in the federal government since the New Deal. Its surviving programs like the Tennessee Valley Authority show that the methodology of rebuilding the federal government, specifically a democratic methodology, matters just as much if not more than what is built. Mr. TVA’s message that “We are not inert objects on a wave of the future” is one we can send today with a federal job guarantee that will both provide Americans with the relief they need and empower them to decide what that relief will look like.