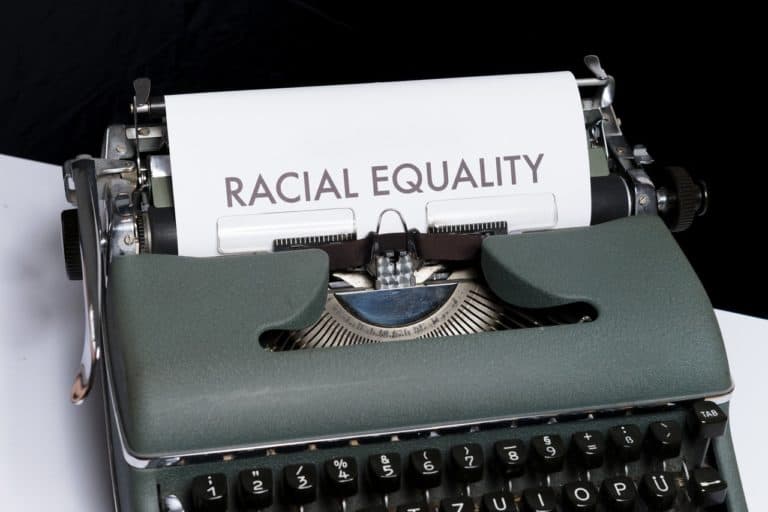 Reconstructing the Algebra of Race and Rights

This post is part of our symposium on universal basic income.

In The Alchemy of Race and Rights, Patricia Williams critiques capitalism for narrowing our demands on the state to monetizable claims, arguing the “purchasing of our liberties; the peonage of our citizenship” situates us in eternal stasis. If “…a change on one side of the equation is always balanced by the algebraically obligatory change on the other” then “[m]oney reflects law and law reflects money, unattached to notions of shared humanity.” For advocates demanding direct deployment of public money, (via a right to guaranteed income, for example), a rigid conception of public finance is a trap.

Critical legal scholars persuasively argue rights are abstract, unstable, and indeterminate. But these qualities are not generated merely by courts: indeed, issues of justiciability are downstream from the broader public law of collective governance and monetary design, which shapes our understanding of each other as economic agents and units, and the form and function of rights demands in the first place.

In his classic left polemic against rights (to which Williams’ bookproved an  “unwittingly fatal response”), Mark Tushnet stressed that an affirmative federal right to education “would produce consequences for the tax system, the system of property rights, the balance between central and local direction of education, and so on…”, meaning the courts would never allow plaintiffs to win the right. I agree courts are undemocratic; we shouldn’t look to them for support. But nor should we internalize their institutional limitations as limitations on the deeper politics of rights.

If we conceive of rights as social demands that exist before and beyond the courts, as tools that affirmatively express social commitments, then demanding transformation is precisely the point. Indeed, if rights demands are to serve as “non-reformist reforms”, they must definitionally demand contradictions of social reproduction and extraction be resolved or abolished.

This means avoiding the “social construction that locks money into an impossible equation…” , a “formula for class war…”, as Williams warns us. We can all enrich our vision of rights and social transformation by dispensing with a neoliberal lens, that sees money as a finite commodity harvested from the market, to be re-distributed, rather than a social technology, grounded in public law, to be pre-distributed or redesigned more equitably in the first place (as the many LPE blog series on money suggest). In essence, neoliberalism reduces public finance to an analytically inaccurate but politically useful algebra. It takes a broad and deep social enterprise — budgeting — and shrinks it to a sacred site of sacrifice, for rationing public money by merit, penny by penny.

But one cannot balance complex budgets with dynamic channels of revenue and expenditure simply by symmetrically raising taxes and cutting spending. The Congressional Budget Office’s projections rarely resemble reality, offering an “illusion of control.” Yet Thatcher’s dictum that “there is no such thing as public money, only taxpayer money” is useful politically, as it reinforces the grand message: “there is no society.”

Countering this message, we should approach public finance less in terms of “tax-and-transfer” and more in terms of “create and destroy.” As Amna Akbar has written, radical legal imagination creates space for the new. Social movements have long demanded emancipatory public finance: informed not just by abolition, but abundance. If we recognize money as a matter of legal design and a site of governance, which helps to nurture certain social spaces and repress others, we can better see the ideological tensions at play in the rights debate, and more broadly, the discussion of “paying for” rights,

As K-Sue Park reminds us, US legal frameworks arise from settler colonialism. Hence, we should assume the fiscal demos in question, as well as the relevant analytical categories, are necessarily racialized, gendered, and otherwise socially constructed. An analysis predicated on these lines helps render some forms of “payment” more visible and legible to further critique.

The social construction of US taxpayer identity runs deep. Locke delineated currency usage as a boundary between civilization and savagery; settlers manipulated monetary systems to engage in Indigenous genocide and dispossession (including via “tax foreclosures.)” Ex-Confederates adopted a “new identity as concerned taxpayers” to dismantle Reconstruction. As Mehrsa Baradaran explains, “sound money” concerns shaped the horror of sharecropping.

An obsession with white birth rates and tax rates plagues immigration law. The first U.S. immigration restriction law, the Page Law of 1875, nominally excluded Chinese sex workers, but was actually intended to exclude all Chinese women. Although the fear of “anchor babies” has no basis in law or reality  — and empirical work by tax scholars has established undocumented immigrants are especially compliant taxpayers  — lies permeate the discourse. The Trump Administration drastically expanded criteria for exclusion, deeming inadmissible any immigrants “more likely than not” to become a “public charge.”

In his classic essay on “targeted universalism”, john powell identifies perceptions of “costs” of and “contributions” toward universal rights as operating sites of white supremacy. Elsewhere, powell highlights an historical trend within which the “working, white, able-bodied male” won political freedom via “the substitution of taxpaying for property requirements…” as proxies for deservedness. This same freedom is allegedly available to “…any non-white that plays by the rules.” Crucially, powell argues that even liberal concern about racist resentment toward entitlements protects white prerogative. False scarcity sets us “at each other’s throats” instead of bringing classes together as a general (rather than discrete) matter.

Neoliberal public finance has reinforced the sexual division of uncompensated reproductive labor and specifically cast women and children of color as parasites. As Khiara Bridges writes, poor Black mothers are not only classified as ‘taxeaters’, but as taxeaters incubating an “embryonic criminal class” of more taxeaters. The Chicana Welfare Rights Organization satirically crystallized a similar characterization in 1968:

You’re not taxpayers, you don’t support yourselves. You don’t take good care of your kids; they are hungry, dirty, not clothed properly. You have boyfriends in your homes, and have illegitimate children. You are no good; you should be sterilized; your kids put in homes; you should be made to go to work; you should be ashamed of yourselves for living.

As Martha McCluskey has written, neoliberalism suggests an upstanding, uniform class of market participants have won by the rules and welfare policy is compensating losers. Camille Walsh illustrates how the Court invoked the resentment of white-bread-winning taxpayers to defeat the claim for a federal right to education in San Antonio v. Rodriguez, creating what Walsh calls a “shadow doctrine” of racialized budgetary concern. Anthony Infanti argues the U.S. tax code itself envisions a “taxpayer” as a “wealthy and privileged”, implicitly white, cisgender man, who is also “presumptively heterosexual”, “physically and mentally able”, and married. Kyle Wilmott observes that in Canada,”…the Indigenous taxpayer is empowered to shrink the scope of their Nation’s government.” Corinne Blalock notes that neoliberal identity discourses perniciously enable people to incoherently identify as “socially progressive but fiscally conservative.”

Like fiscal policy, US monetary policy is foundationally undemocratic. Noah Zatz’s recent essay illustrates how the legal concept of “employment” relies on a fissure between market-based and other forms of labor. Predictably, the Fed’s concept of “full employment” concerns itself with modulating ‘normal’ market-based labor, excluding domestic, agricultural, carceral, and other labor from primary analysis. It then suggests there is a permanent trade-off between full employment and price stability. During the last movement for a Job Guarantee, business reactionaries claimed a rise in Black wages threatened (white) prices. U.S. media linked inflation to Black uprisings and political agitation in the Global South (which the Fed would soon suppress). Unemployed folks were treated as “…pawns to be sacrificed in some economic chess game”, as Coretta Scott King famously charged.

Wendy Brown criticizes regressive monetary policy as undemocratic “governance by algorithm.” But the algorithms don’t even succeed on their own terms: according to one former Fed Governor, the Fed lacks a “working theory” of inflation, in part because it lacks a realist analysis of the politics of pricing. The burden of this uncertainty is placed on the backs of marginalized people. Inflation might arise from many sources within an economy; the Fed chooses to suppress employment and wages of marginalized people, concretely, to ostensibly stabilize prices, abstractly.

It’s a set-up. Austerity incentivizes predation, as well as household and social dependence on private capital for reproduction. Critically, neoliberals insist what lies beyond “the market” is subject to the state’s plenary power for surveillance and criminalization. US public finance buttresses a cycle of “social extraction” —  for instance, labor (a non-renewable resource), is marketized by the state and increasingly concentrated capital (corruption), the unemployed are discarded (waste), and then punished (violence).

We can’t win with false scarcity. An income guarantee may aim for new economic activities, but if the Fed clamps down, or firms and local governments engage in racialized price gouging and debt collection, guaranteed income is more likely to entrench a nominal “democracy of consumers” subjugated to an “aristocracy of producers.” An employment guarantee could help transition people away from extractive work. But if the program depends on a pot of jealously guarded “taxpayer money”, the labor will become punitive.

I imagine most readers of a symposia on UBI want everyone to have “enough” resources, if not equal resources. I follow Williams, and recently, Angela Harris & Aysha Pamukcu, in arguing universal rights, to basic income and other resources, are insufficient but necessary ingredients for justice. Indeed, I argue for permanent, non-discretionary funding of these rights. No one truly knows how much money the U.S. government spends encoding and encasing private property rights, much less private capital’s rights to coordinate or contract. In many ways, these costs are “baked into” society. So, ultimately, should it be for rights to income, healthcare, housing, education, employment for all.

Originally posted on the LPE Project Blog by Raul Carrillo on Feb 18, 2021

1 thought on “Reconstructing the Algebra of Race and Rights”