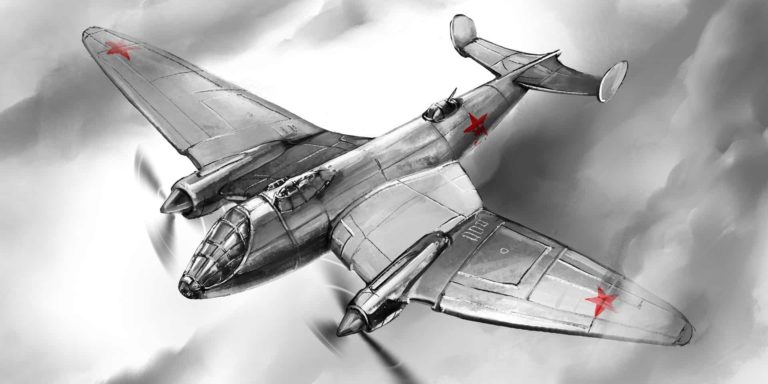 Deficit hawks, like dive-bombing kamikazes, are out now again, circling the battleship of our collective efforts to save ourselves. Can we pay ourselves to produce, distribute, and administer the Covid vaccine to every American in six months? No! say the dive-bombing Kamikazes—we cannot collect enough taxes to pay for that. It would require the government to borrow hundreds of billions more, increasing our “deficit” and the national “debt.” Can we pay ourselves to design and build a low-carbon infrastructure that will help put a cap on global warming? No and No! say the circling deficit hawks—and here we can see clearly: they have been launched into the sky, and are being directed in their dive-bombing formations, by an elite, powerful group of people who are bankrolled by mining carbon (on public lands!) and sending it into the atmosphere. What are we to do about these Kamikaze politicians and pundits who have been sent into formation above our beleaguered battleship?  How can we shoot them out of the sky so we can get on with the task of paying ourselves to do what is necessary for our collective wellbeing?

The only ammunition we have is factual truth-telling. We must forcefully call the bluff of their false “reasoning.” It is a falsehood to say that, for lack of tax revenues, we cannot pay ourselves to mobilize 800 million doses of the Covid vaccine—and begin mobilizing a green infrastructure at the same time. It is a falsehood to say that to address these desperate needs of collective society we must raise taxes on people and businesses, or that we must “borrow” from future tax revenues, requiring our grandchildren to pay higher and higher taxes to pay off the “debt.” These falsehoods must be forcefully repudiated by the logic of Modern Monetary Theory.

In my book Paying Ourselves to Save the Planet, there are many diagrams; in particular there are eight diagrams which demonstrate why the claims and admonitions of the deficit Kamikazes are, indeed, as false as they are dangerous to our collective well-being. What is at stake is not some imagined tax-burden for our grandchildren, but the existential quality of our grandchildren’s lives. We must pay ourselves to mobilize and administer the vaccine—and put in place the robust, free-to-the-public healthcare system that our common welfare requires. We must pay ourselves to rapidly begin designing and deploying a green infrastructure that will enable us to control and adapt to climate change. The eight diagrams—which I will now share, along with a narrative explanation—show us why we can afford to pay ourselves to do all these things (and more).

This is the “master diagram” we will build on. The U.S. central bank (the FED) is the grey house shape. The FED is the official, authorized, issuer of U.S. fiat money (called “Reserves”). The FED issues Reserves in exchange for collateral. Collateral is anything the FED itself decides is of equal value to the Reserves it issues. As illustrated in the diagram, the FED has a balance sheet where it keeps all the collateral it has been given in exchange for the Reserves (U.S. fiat money) it issues, with keystrokes, from its “money machine.” The Reserves it issues are kept in special accounts at the FED itself (the green circles). Each bank in the Reserve system has its own Reserve account at the FED—and the U.S. Treasury also has a Reserve account at the FED.

Up to this point, the book (Paying Ourselves to Save the Planet) has been explaining how Reserves (fiat dollars) are issued for profit-making private enterprise—and the important observation has been made that they cannot be issued unless a profit (or the likely advent of a profit) is involved in the transaction. This fact seems to create the following “reality”:

Fiat dollars (Reserves) to pay people and businesses to undertake not-profit-making enterprises (for the public benefit and well-being) can only be obtained by taxing the profits and wages of private enterprise. This apparent fact seems to put a limit on what public enterprise can do. If, for whatever reason, it becomes necessary for public enterprise to spend more fiat dollars than have been received in taxes, it appears those additional fiat dollars can only be obtained by “borrowing” from the after-tax profits (capital) of private enterprise—creating a “debt” that must subsequently be repaid with future tax revenues (i.e. our grandchildren’s money). These apparent facts are the ammunition of the deficit-hawk kamikazes!

Our ammunition, in return, is the following seven diagrams (building on the first) which demonstrate why the apparent facts, stated above, are false. The Federal Reserve system, it turns out, can and does create new Reserves, as necessary, to support the not-profit-making efforts of public enterprise. As the diagrams will show, it is not necessary to either tax or borrow from the profits and wages of private enterprise to pay ourselves to undertake whatever efforts Congress deems necessary for our collective well-being.

Here is the first step:

The U.S. Treasury issues certificates of future Reserves. These are commonly known as “treasury bonds.” Unfortunately, this is a misleading and confusing name because it incorrectly implies a similarity with a corporate or municipal bond. Any similarity, however, is profoundly superficial for the simple reason that the redemption of both corporate and municipal bonds depends on future corporate or municipal revenues (profits or local taxes on profits)—revenues which may, or may not, be forthcoming. U.S. Treasury future Reserve certificates, in contrast, do not require future revenues for redemption (as we will see) but only keystrokes by the Federal Reserve to create new Reserves when the certificates come due—an act which will always be forthcoming so long as the United States is a viable, sovereign, constitutional democracy.

The Treasury trades its future Reserve certificates for existing Reserves in one of the Reserve accounts at the FED. The private businesses, banks, trust-funds, or people who own the existing Reserves (or claims on them) are happy to accommodate this transaction because they get more future Reserves than they give the Treasury in trade—and because this profit is made (unlike most of their other profits) with virtually zero risk.

If private enterprise is unwilling, or unable, to trade existing Reserves for all the future Reserves the Treasury needs to trade (to meet its spending needs for the Public Enterprise) the FED initiates a special operation of its own to make up the difference.

In the first step of this operation, the FED asks its “primary dealers”—certain very large banks in its system—to provide collateral to the FED in exchange for new Reserves which the FED then issues with keystrokes (the same as it does in the profit-making Reserve-issuing process).

The FED now has the collateral on its balance sheet and the primary-dealer bank has the new Reserves in its Reserve account.

Next, the primary dealer trades the new Reserves to the Treasury for the balance of the future Reserves certificates the Treasury has issued.

The primary dealer bank now has the future Reserves, the FED has the collateral, and the Treasury has all the Reserves it needs to pay for the not-profit-making goods and services of public enterprise that Congress, for the collective benefit, has directed.

What happens when the future Reserves certificate, held by the FED on its balance sheet, comes due? Does the FED issue new Reserves and pay them to itself? Obviously, the FED—which issues Reserves as needed with keystrokes—has no need to hold Reserves and, indeed, does not even have an account to hold them in! What happens is this: the FED simply erases Treasury’s certificate of future Reserves from its balance sheet. The money transaction comes to an end when the only actor who doesn’t need money ends up with it—like electricity going to ground.

The coordinated operations of the Treasury and FED, illustrated in these eight diagrams, establish the irrefutable fact that Reserves can be—and are—issued, as necessary, to pay for public enterprise. There is no need to raise taxes beyond what they are established to be for the purposes of creating incentives and disincentives to commerce. There is no need to “borrow” fiat dollars from private capital—and, indeed, there is no “borrowing” on the part of the Treasury, and there is no “national debt” that must be repaid by our grandchildren. What there is, instead, are the results of the public enterprise—the not-profit-making goods and services that provide substantial (and even existential) benefits to our collective wellbeing.