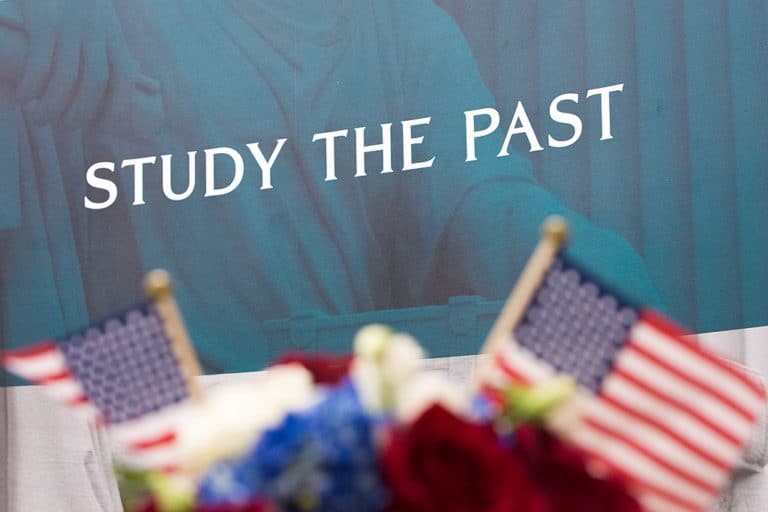 As United States citizens overwhelmingly celebrated their ‘freedoms’ this past weekend, it is time to ask the hard questions and analyze what those alleged freedoms are. The reigning mythology of Americanism relies on a mythos of supposedly noble ideals, from ‘no taxation without representation’ to ‘all men are created equal.’

The truth, despite nearly 25 decades of patriotic fan fiction taught as sacred history, is like a rotted kernel at the center of an onion. As you peel back the layers, you bring it closer and closer to the daylight. While fully exposing this kernel may yet be impossible, certain aspects remain hidden, for instance, the real motivation behind the sparking of the American Revolutionary War.

Put simply: the American Revolution was fought for the express purpose of maintaining slavery. It was nothing as noble as waging a war for freedom from the ‘yoke of tyranny’ as we were taught. There was a judicial decision in 1772 that ruled slavery was ‘so odious’ that it could not continue. The ruling was not made in a colonial court, rather in the London High Court. The mere notion that they would lose their slaves was enough to unite the landed class of colonial aristocrats, known as our founding fathers, to declare independence from the British Crown. Revolutionary war was waged to determine the outcome of the institution of slavery, in other words, free labor for the rich, land-holding white men who we now hail as founding fathers.

The managerial, or middle, class whites were readily unified behind this cause. The poorer whites would need some convincing. Of course, the slaves never were offered a say in the cause or founding, because they were seen as property worth preserving, not humans with a mind, heart, or soul. In the pursuit of convincing the poorer whites to fight their war, one of the framers and a spark of narrative genius. Inspired by Locke’s treatises on government, Thomas Jefferson imported an altered version of one of Locke’s phrases into the Declaration of Independence. That now famous phrase, “life, liberty, and the pursuit of happiness” was originally “life, liberty and estate.”

In other words, the ideological foundation of the United States of America was the pursuit of property for the rich, but that was obscured through narrative management to conscript poor whites into their war. The land-holding aristocrats were not going to fight on the front lines themselves.

“We hold these truths to be self-evident, that all men are created equal, that they are endowed by their Creator with certain unalienable Rights, that among these are Life, Liberty and the pursuit of Happiness.”

Thomas Jefferson, the Declaration of Independence.

It stands readily obvious that poor whites with no access to land would not inherently fight a traitorous war for their richer counterparts to attain more land. Landownership was unattainable for poor white colonists, and why would anyone wage war for something that would never benefit them or their loved ones? Rather, they needed something they could aspire to. By convincing them they were fighting for new-spangled freedom, the founding fathers were able to commit the first of many major narrative onslaughts that were, and are, for the express purpose of maintaining their new system.

Today, we see new narrative onslaughts at levels previously unimagined. The populace has been trained to obediently only trust ‘established’ media outlets. Following that, the public has been conditioned to believe independent outlets are ‘Russian’ or ‘Chinese,’ depending on their choice of partisan Kool-Aid. As such, anyone who listens to these {insert foreign power} outlets is a traitor and a villain. Even further, the mainstream, ‘trustworthy’ sources completely ignore some threats to the ruling order and spin others into a web of lies and capitalist propaganda.

The dumbing down of political ramifications and stances into good guys versus bad guys is another level of narrative control, managed skillfully and discreetly by Hollywood and its films and celebrities. By allowing purely private forces to manage the propaganda of the American capitalist class, the public believes it is free of propaganda, because it was not perceived as being generated by the government. In reality, state-run media is an American institution. Back to 1776.

American democracy has always been for the rich. In other words, only the rich have consistently had a real say in the institutions, powers, and policies of the United States government. Another phrasing of this “democracy for the rich” is “bourgeois democracy.” From the Revolutionary War to the Civil War, to the events of January 6th, 2021 (which liberals insist was an insurrection rather than a narrative management operation now used to lay the groundwork for Patriot Act 2.0), classifying all forms of dissent as terrorism, and other authoritarian crackdowns on civil liberties under blue fascism, major fights in our duopolistic factions have always been proxy wars of and for the rich. In today’s terms, that is the billionaires. In 1776 terms, that was land-owning, slaveholding, white men. As America expanded and reformed, so too did the definition and characteristics of the “rich,” the American bourgeoisie.

The founders created a system to enshrine their pursuit of property, of dominion, of hoarded wealth, as sacred and just. It did its job and continues to do so. The “freedoms” America was built on are the freedom to exploit water, land, humans, and the earth itself for the accumulation of inordinate wealth.