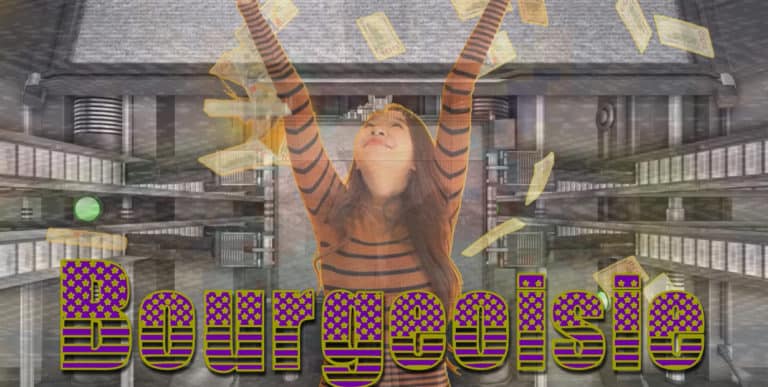 If 2020 hasn’t taught you how to spell bourgeois/bourgeoisie on the first try due to sheer repetition, you should really try it out.  You’ll probably discover that it’s a very useful word when describing basically everything wrong with America.

Bourgeoisie – the capitalist class who own most of society’s wealth and means of production.

Other than just using repetition to burn it into my brain, I also chunk the word to make it easier to remember.  Bourgeois is just (bour)(geo)(is) and bourgeoisie is (bour)(geo)(is)(ie).

But what’s the difference?

As noted above, bourgeoisie refers to the entire upper class with the majority of the wealth and the means of production.  Bourgeois, however, is basically singular, at least as a noun.  As an adjective it has a wide variety of uses.

A bourgeois person simply has enough money to hire workers and not work themselves.  Less Marxist definitions are more vague, and often relate the definition to the working class, however, I would draw the line at having enough wealth to not have to be a part of the working class to achieve a good standard of living.  I feel like this is an intentionally constructed problem.  If you can subvert the popular meaning of the very language we use to talk about class conflict to a point where we have even less words to describe our ruling class.

The conflict between the bourgeoisie and the proletariat/petit bourgeoisie is at its core a struggle between workers and those who are wealthy enough to never have to work again, and in that struggle the government is the only power structure that can be beholden enough to the people to mitigate the enormous advantage in influence the bourgeoisie have by virtue of their wealth.

In most modern democracies, however, we have very little democratic power.  Instead, that power is given to the bourgeoisie because of their wealth.  Most political parties are for this reason only concerned with the bourgeois class interest.

A socialist party, by contrast, is a party that seeks to have the workers’ voices heard more loudly within our halls of power.  That is and must be the defining quality of a working class party.

Despite party rhetoric, we can see by their actions that both American parties are predominantly aligned with the bourgeoisie, if not bourgeois themselves.

Men like this are so far removed from poverty they cannot fathom our lives.  No wonder they love America; at the drop of a hat they can buy 10 workers to help them do basically anything they want. No matter how many times they might look into the camera and deliver a line they hired 20 people to focus test, they cannot fathom struggle.