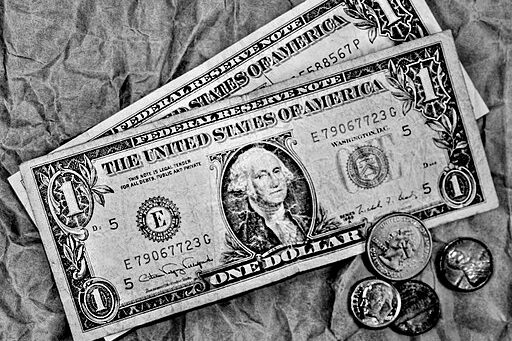 It begins with an obsolete concept of taxing to “pay for” spending at the federal level.

It also applies its tax burden in the one place, at the business/corporate level, where it will not impact the wealthy donor class as it is proposed, but will increase consumer pricing by the amount of the tax plus a profit margin for the shareholders. Let’s break these statements down so you can follow my logic in making them.

Our economy uses a worldwide standard of accounting, the dual entry balance sheet, to track money movement. Since the US federal government is the monopoly “issuer” of our nation’s currency it has an infinite amount of that currency available to “fund” any legislation or appropriation Congress passes and the President signs into law, even if no revenue source exists. The US dollar is self-funding and is created when that law is translated into spending in the private sector. This is now accomplished by simply marking up the appropriate accounts digitally at the Federal Reserve. No “printing” is required. Keyboards are stroked and “new” money is created.

Don’t all entries have to balance in the system?

They do. This covers one entry of the “dual-entry” system, but what about the other in the government sector? That is where the national debt enters the picture. Since Congress is given Constitutional authority (Article 1: Section 8) to create the nation’s currency from thin air some data entry is necessary to track the money created, and that entry is somewhat mistakenly labeled “debt”. It is a record of all money created by Congress since we began issuing our currency that hasn’t yet been used to pay a federal tax obligation or fee, but we’ll get to that shortly.

The important part to take from this so far is that any negative entry in the government sector’s accounting is a positive (someone’s monetary asset) in the private sector. The “red ink” of the federal government is the only “net” source of “black ink” the private sector has. The federal government is unique in that it never “has” money. It doesn’t need it since it creates the government’s unit of account for all transactions by simply spending it into existence to fund appropriations it authorizes. All other entities involved with those transactions, individuals, states, corporations, etc., must obtain the government’s unit of measure before they can spend them.

When one recognizes the authority of Congress to create money on demand it becomes obvious that its “debt” is simply an accounting of the money available in the private sector, the money supply. So, if the government doesn’t need “revenue” to spend, why impose federal taxes? There is no “infinity+1” in accounting or math to make it easier to spend money into existence if the government collects its unit of account back.

So, what do taxes have to do with it all? The answer is “A LOT”.

The primary reason for imposing a tax at the federal level is to create a demand for the currency that the federal government can create at will. This gives value to an otherwise worthless accounting function and drives real resources and labor into the economy where they are available to purchase and denominated in the government’s unit of account. It is how modern governments provision themselves to fund important appropriations, such as the military, and the cost of government functions and infrastructure.

Beyond that, taxation provides a way of reducing money in the economy to prevent inflation, reducing the share of the money received and accumulated by select groups if applied progressively, and imposing penalties for undesirable actions/products, such as tobacco or liquor. What taxation at the federal level cannot do is “fund” spending by Congress. Even when we did that gold standard nonsense taxation only created policy space for new spending by reducing the amount of money in circulation about the gold reserve. When your check clears your bank to pay a federal tax obligation the money supply is immediately reduced by the same amount and that, in turn, reduces the national debt.

So, why do we hear so much about “deficits” and “pay fors” about federal spending?

For some politicians, it is a matter of ignorance. However, for most and the political pundits that they must answer to, it is simply not expedient to go against the flow of public opinion and the general ignorance of voters involving federal finance. The concept of government being able to spend any amount of money that can be used to purchase resources from the private sector is completely foreign to the average American and would anger some of them to the point of demanding it is curtailed. Another segment of the population would be disappointed to lose a large incentive to punish wealth and corporate structure by removing some of their income that they view as “ill-gotten”.

People are generally ill-adapted to process the logic behind money, having been conditioned all of their lives to “getting” it before spending by necessity. They seldom question where the money originates, or even what it is. They only relate to their circumstances and project that onto their government by default. This makes the propaganda peddled by both political/ideological sides easier to sell.

However, pandering to misconceptions has real consequences for the economy.

While constituents of the Democratic party are likely to cheer for a tax on corporations, that they feel are unjustly compensated and taking advantage of labor, they don’t understand that those corporations are “price setters” for most of the products our economy depends upon. Democrats could structure a tax that would be much more precise in discouraging inequality by applying it to shareholders after the corporations have distributed their earnings.

That would, obviously, hit many of their top donors in their bank accounts, so it was decided to make the gesture at the corporate level where management still has control of pricing and can adjust to the higher cost, probably also with a profit added if history is a predictor of the future. Consumers, not shareholders, will end up paying the fifteen percent minimum tax on the prices they pay for everything they buy.

Biden and Manchin are the big winners.

Both have made deficit reduction a centerpiece of their political strategy, and the tax will accomplish that, but at the expense of consumers paying more at the cash register and more downward pressure on wages. Both have been involved with federal finance long enough to understand this fully. They are literally sacrificing America’s working class for political theater and more welfare for the already wealthy. The media will cheer for this, even if conservatives point out its problems, because they understand how the average American thinks and votes.

Republicans have lost the narrative battle by supporting business during a time when shareholder value and stock buybacks have reached new record levels. Americans have just begun to realize that the concept of business as “job creators” has always been a ruse. While that newfound awareness may be a positive, they should not assume that they won’t pay for any attempt to retaliate. This is especially true when the opposition party is just as dedicated to markets and profits, but better understands how to channel voter anger.

What is the probable result of such a tax?

When the fifteen percent tax is added to consumer prices at the same time as the Fed’s ill-conceived rate hike also contributes to making everything more expensive, we may see completely out-of-control inflation that can only be mitigated with drastic federal action to initiate price controls. More likely, massive government spending to allow poor and working middle-class Americans to afford to purchase the much more expensive goods and services will be enacted.

This, of course, only shovels public money creation into the bank accounts of the already wealthy shareholders and corporate management, similar to the net effect of the stimulus payments during the early days of the pandemic. That public money would be better spent now rebuilding the supply chain infrastructure that failed so miserably during the pandemic.

That spending could (should?) also include a federal job guarantee with a livable wage and benefits allowing dignity to prepare us for the onset of natural reactions to these very unwise decisions. However, that would require the voting public to become much more econ-literate and stop thinking of taxation as “revenue” for the one entity that neither needs nor uses revenue.