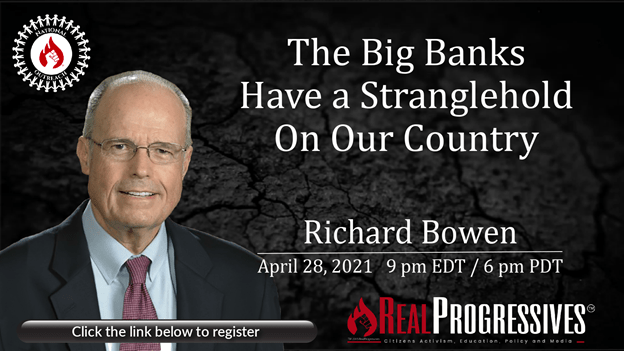 The Big Banks Have a Stranglehold On Our Country

In this month’s call, whistleblower Richard Bowen will share his experience witnessing massive fraud in the mortgage-backed securities industry. He’ll take us through the process as he witnessed it as a Senior VP at Citigroup and tell us what we, as activists, can do about it.

Richard Bowen was Citigroup’s SVP and Business Chief Underwriter. For 18 months he warned that 60% of the mortgages and mortgage-backed securities, instruments Citi was selling to investors, were defective. Citi represented otherwise. Bowen’s attempted warnings to the board of directors resulted in his forced ouster.

Bowen subsequently gave testimony and substantial evidence of the massive fraud to the Securities and Exchange Commission, three months before Citigroup was bailed out by the government. He also provided testimony to the Financial Crisis Inquiry Commission and the Department of Justice, witnessing repeated cover-ups and ensuring the public remained unaware of the extent of the fraud. No one would be held accountable.

In the 1980s banking and S&L crisis, our government aggressively prosecuted fraud, convicting over 1,000 senior bankers and sending 800 to prison. Today we know there were whistleblowers witnessing widespread frauds at many of the large banks during the 2008 financial crisis. However, through substantial campaign contributions and the revolving door between the regulatory agencies and the financial services industry, the large banks now exert a stranglehold on our country. In this last financial crisis, our government allowed the frauds to run rampant and prosecuted zero senior bankers. 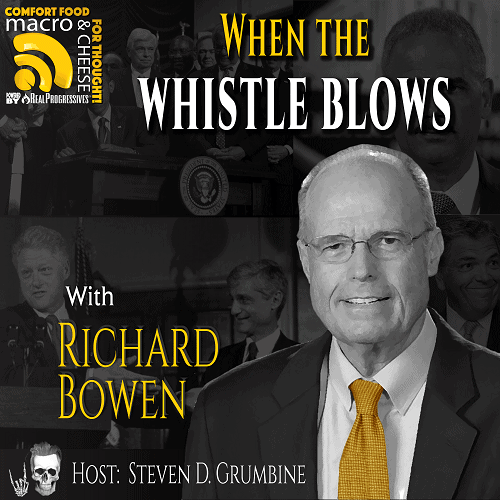 Episode 114 - When The Whistle Blows with Richard Bowen 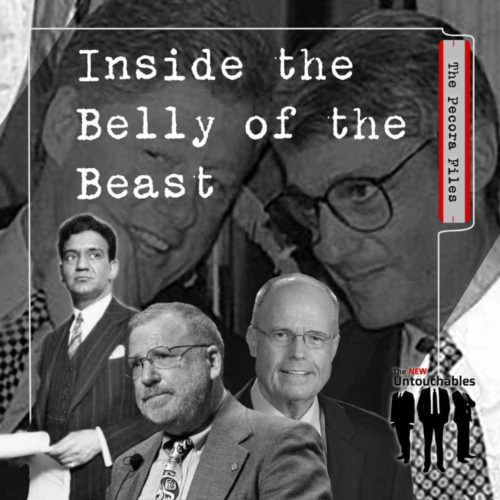 S1:E4 - The Pecora Files: Inside the Belly of the Beast