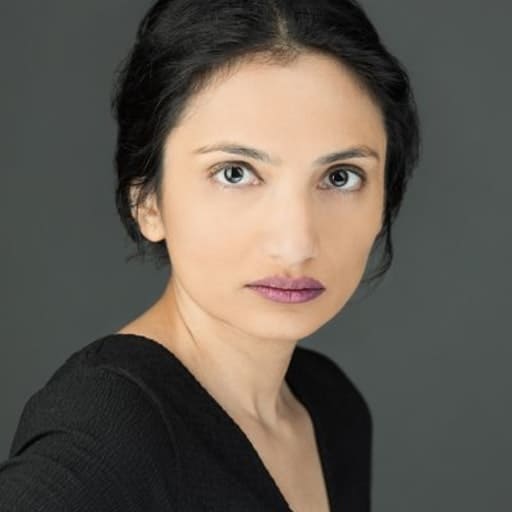 The Ghosts of Colonial Past

He wasn’t the first head of state to make such an uninformed statement. In 2010, then Secretary of State, Hillary Clinton said:

For goodness’ sakes, this is the 21st century. We’ve got to get over what happened 50, 100, 200 years ago and let’s make money for everybody. That’s the best way to try to create some new energy and some new growth in Africa

This week “journalists” and wannabe pundits on twitter repeated racist 1800s stereotypes about Chinese people. Predictably, people got upset and called them out. They responded by complaining that people weren’t taking their nuanced critiques of economic imperialism seriously. They also claimed they were being persecuted for making critiques about the Chinese government.

Finally, the Guardian took the cake for cluelessness when they published an article with the following headline:

Giving many the benefit of the doubt, I wonder if it is possible that many of these “journalists” don’t understand the finer details of imperialism and colonialism. In hopes of preventing future pundits and heads of states from embarrassing themselves, I’m going to break down what colonialism looks like and the effects it leaves on a country.

Colonialism leaves its marks on a country. These countries did not begin with an empty slate. They have been reconfigured to hyper-extract the few raw materials that the colonizer entity needs.

Remember, while the mother country may have a benevolent social-democracy, or some kind of quasi democratic government, the colonies have governments set-up by prospecting corporations. The East India Company was also given administrative authority. It ruled over India until 1858, when finally, the British government took over. Until then, India was in the hands of a ruthless company whose only goal was to maximize profit, who had a brutal mercenary force whose barbarism knew no bounds. The French had “Company of New France” to govern over some of the colonies.  Of course, we all know of the “Banana Republics” that were de-facto managed by United Fruit. These companies treated the colonies like their own private fiefdom.

Upon arrival, the joint-stock companies are on a mission to create as much profit as possible for their shareholders. The most common methods are: convert the agriculture to a cash-crop, exploit natural resources and exploit the labor. A colonial mission nearly always includes all three.

Before colonization, most of these economies were food sovereign, meaning, they could grow enough food to feed the population. During the process of colonization, all the variety of crops and produce are replaced by the single cash-crop or a small group of cash crops that maximizes profit for the colonizing entity.

In pre-colonial times, Rwanda’s rich farmland grew an assortment of fruits, vegetables as well as cassava and yam as their staple carbohydrate. With colonization, first by the Germans and then by the Belgians, this land was taken and established as a large industrial coffee farm. Rwanda was no longer able to feed itself, but that wasn’t important to the colonizers. The profits of industrial coffee was the top priority.  In fact, many of the vegetables that once grew in Rwanda are now extinct. To feed itself, Rwanda was forced to import basic foodstuff from the mother country.

In Cuba, the one crop they were allowed to grow was sugar. In Nicaragua, it was bananas. In India, it was tea, opium, jute and indigo. In Indonesia, it was sugar, tobacco, quinine, rubber and palm oil. In Benin, the crop was cotton and palm oil. In French West Africa, it was peanuts and cocoa.

When the entire country is configured to grow just a few profitable crops, there is one thing it cannot do: Feed the population!

The food dependence creates a weakness in the colonized that can be exploited at any time in cases of reprisals and dissent. As a retaliation of the “Quit India Movement”, Winston Churchill engineered a mass famine in Bengal in 1943. France used starvation as a weapon in Algeria in retaliation for their independence movement.

Picture was made during the Madras famine of 1876-78 by W. W. Hooper a relief camp in Bangalore. https://wellcomecollection.org/works/te5rj38h Wellcome Collection. (CC BY 4.0)

By having the power of the state and a mission of profit, these corporations increased their profits by either buying up all local businesses or bankrupting them through price dumping and sometimes outright stealing them through the barrel of a gun.United Fruit established a monopsony on all local banana producers in Nicaragua. Britain forced Indians to buy fabrics from the British corporation and destroyed India’s vibrant textile industry. Even recently, the US devastated indigenous farming through dumping subsidized corn in central America.

All this extra wealth doesn’t go unnoticed in the mother country. Millions of exploited workers watch the influx of wealth among the elites and demand better conditions. However, the aristocracy is already one step ahead of the gullible worker. They have figured out a secret formula for slightly improving the quality of life for the domestic worker, all the while protecting their profits. They extract more profits from the colonial land.

Soon, the colonies were filled with prospectors searching for anything and everything that could be extracted from the ground. In Belgian Congo, Union Minere exploited the rich copper deposits. In West Africa, it was gold, copper, Uranium and Iron. In India, it was iron, granite, gold and diamond. These colonies were only extracted for raw material.

Sometimes, these lands were colonies in all but name. Achieving profits while projecting an illusion of autonomy meant the colonizer had to use every trick in the book to enrich himself. In 1900s, Iran had an “autonomous” ruler, with a parliament, yet the British negotiated the D’Arcy concession that was comically one-sided. The British used every trick in the book to extract these resources from Iran. They bribed the princes and kings, and they even helped rig elections to get a parliament that was favorable to them. In the end, Iran was supposed to get 16% of the profits, but the British cheated Iran even on this paltry sum by falsifying their corporate records.

Resource extraction proved to be doubly profitable for the colonizers. They never placed any industry in the colonies. These raw materials were always processed as industrial products in the west and shipped back to the colonies. Processed, industrial materials are more expensive and it always created a mismatch that benefitted the colonizer.

Of course, if there was an ounce of profit left unsqueezed, they make sure to squeeze it by exploiting the humans on the land. In Rwanda, the Belgians introduced a form of slavery as “taxes” for their cash crop, it was known as the uburetwa – where men once a week had to provide labor for the “administration” of the government. The Dutch in Indonesia implemented “compulsory cultivation” whereby peasants were forced to give 1/5 of their land to the Dutch East India Company. None were so brazen as King Leopold in his privately-owned Congo Free State. Each person had to meet a “quota” of rubber for the day. Punishment for such failure included amputation, dismemberment and death.

In these colonies, the infrastructure was also limited. They were configured to transport exploited resources back to the mother country as quickly as possible. The private railways in Cuba were designed to transport sugar from the plantation to the shipyard in the shortest possible time. There was no regard for transporting people from city to city. There were two distinct separate lines, each designed to only transport commodities from their location to a dock. In Africa, Belgium sacrificed thousands African to build the railways to transport the rubber. All of these workers were forced and none were paid. In Iraq, Syria and the Arabic peninsula, the British blew up railways designed to transport people that already existed nearby.

The colonial powers built schools only in areas where Europeans gathered. If we look at the literacy rate in these colonies vs the mother country, there is a breathtaking disparity between the two. Schools that existed before the occupation were banned, teachers were put out of work. The only allowable schools are ones with European teachers teaching European supremacy masquerading as Christianity. They burnt local books, destroyed local temples and mosques. Even knowledge stolen from us, was repackaged as a European discovery. Because of non-stop European supremacy being bombarded around European children, the few educated locals are now fit to be hired as administrators in the service of the empire.

However, in large swaths of land, there were no schools. Every person was needed for their labor to maximize profits for the corporate government. Even as child labor was banned in Europe and America, in the colonies it was encouraged.

The mother country also controlled and still in some cases controls the currency in these colonies. They can set the price of anything, they can devaluate anyone’s fortune in a heartbeat and even as punishment for rebellions. If there is a shortage of labour, the mother country can devaluate the currency to ensure more people are in poverty. On January 20, 1899, after the US invasion of Puerto Rico, the US forced Puerto Rico to use the US dollar. However, the government arbitrarily declared that 1 Peso = .60 when the real value was closer to 1 peso = .70. It wiped out many people’s wealth. Many lost their homes, which were quickly bought up by US speculators. France, as recently as 1994, devalued the currency in various African countries.

Prior to Independence, most of these countries had an overworked, malnourished population that is mainly illiterate. The entire population had been forced into dire poverty. In response to conditions that no western person can ever imagine, people fought many liberation struggles.

However, instead of looking at the cold, hard reality of western imperialism, journalists, politicians and other punditry offer shallow, one-sided, self-aggrandizing criticism. Colonial powers are never called “authoritarian” despite unleashing genocidal violence. Victims fighting back oppression are defamed as authoritarian, even when their actions are mild in comparison.

We don’t see any breathless denunciations of President Taft for creating a race war in Cuba. Nor do we see anyone demanding denouncements of Charles De Gualle for destroying everything in Guinea for “having dissenting opinions.” Yet, we see these same voices demanding we denounce Fidel Castro or Sekou Toure who at least fought against these powerful forces with impossible odds in order to liberate their people.

Republished with permission. Original text can be found at the Historic.ly Substack.