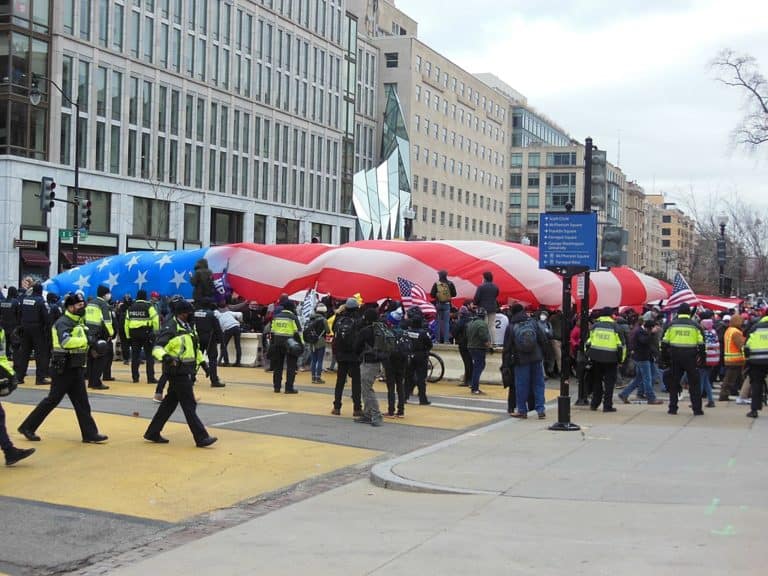 The Hot Iron of ‘Security’

On January 6, 2021, self-declared Trump supporters and “patriots” stormed the US Capitol building. By now, that’s old news. What isn’t old news is the ramifications of this event on the common American.

President-elect Joe Biden is an austerity zealot. He’s the reason the second “stimulus checks,” referred to by the IRS as “Economic Impact Payments” were slashed to $600. He wanted to prove he could command congress as the incoming President, and it worked. As Caitlin Johnstone once wisely wrote: “Prison is neoliberalism’s social safety net.”

What you may not know is  President-elect Biden is the architect of America’s police state. He wrote the 1994 Crime Bill and passionately defended it on the Senate floor. He wanted it to redefine the assumption that Democrats were “soft on crime”. The ‘94 Crime bill was the culmination of efforts by Biden pushing for Crime Bills in 1991-1994.

Despite USA Today’s gaslighting article claiming the contrary, the Crime Bill aka “Violent Crime Control Act of 1994” ushered in a new era of mass incarceration, one that primarily targeted black Americans. It was passed by combining it with other, more sensible legislation, such as the Violence Against Women Act.

The Crime Bill isn’t the only example we have of Biden’s stalwart commitment to expanding criminalization and the police state. On May 14, 1991, roughly 2 months after the infamous police beating of Rodney King, Biden introduced a “Police Officer’s Bill of Rights.” It didn’t pass, but if it had, it would’ve federally restricted investigation of police, mandated prior warning to the officer before beginning an investigation, prevent any federal agency from inserting “adverse material” into the file of a police officer without prior review and comment by the police officer in question, made it so courts would’ve had to compensate suspended officers upon reinstatement, and that’s just the surface.  If passed, the Police Officer’s Bill of Rights would’ve made these practices the nationwide standard.

Remember 9/11? Your answer is probably “of course.” We’ve been propagandized to “never forget”, despite over a month of official daily COVID-19 death tolls greater than the deaths on September 11, 2001. Before 9/11, Biden introduced a bill called the Omnibus Counterterrorism Act of 1995, and later bragged  it was the template for the Patriot Act, in many ways, on many occasions. According to the American Civil Liberties Union (ACLU) of New Jersey, “The Act cuts back on Constitutional checks and balances, and Bill of Rights protections”, and this author recommends reading their full statement on it for more details.

We have the father of mass incarceration (‘94 Crime Bill) and mass surveillance (2001 Patriot Act) as our incoming President-elect. And a bunch of “domestic terrorists,” a term redefined by the Patriot Act to mean  a “person engages in domestic terrorism if they do an act “dangerous to human life” that is a violation of the criminal laws of a state or the United States”, just stormed the capitol, taking selfies with cops.

Ostensibly, the iron is exceedingly hot for a “Patriot Act 2.0.”

In this author’s view, Americans of all political persuasions should be ready to defend themselves from further restrictions on our civil liberties. This could be protests, calling congressional offices, petitions, letter campaigns, or something else.

The founding fathers oversaw a revolution that led to a violent settler-colonial state under the perfect political framework for what has become neoliberalism.  Old Ben Franklin had a point here:

“He who sacrifices freedom for security deserves neither.”