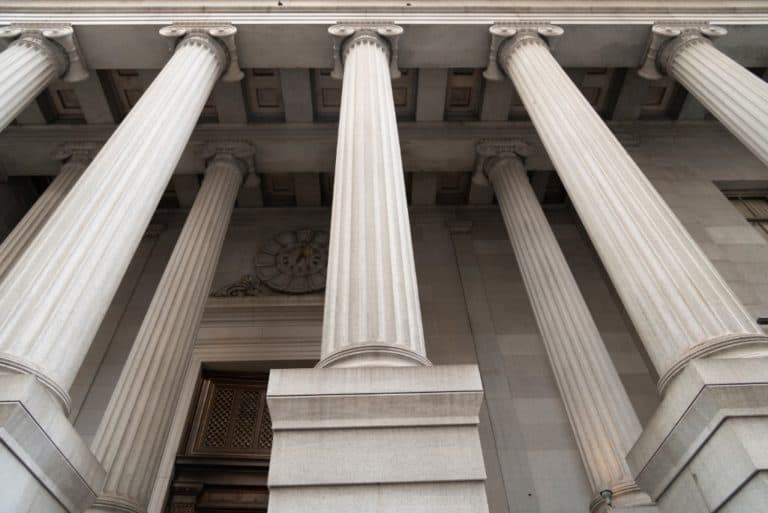 “The official obeys whom he serves. Nominated independently of the people, elected because there is no choice between candidates so nominated, the official feels responsibility to his master alone, and his master is the political machine of his party. The people whom he serves in theory, he may safely disobey; having the support of his political organization, he is sure of his renomination and knows he will be carried through the election, because his opponent will offer nothing better to the long suffering voter”

The duopoly as we know it is almost as old as America itself. Needing methods to elect representatives in the Republic the founders framed, voter-based political parties were a 1790s invention by the American people, at least the people recognized as such at that time. This came about in spite of the founders’ fear of factions and partisan politics undermining their Republic.

The first duopoly of the United States consisted of the “Federalist Party” and the “Anti-Federalist Party.” The latter also came to be known as the “Democratic-Republican Party”, sometimes referenced as the Jeffersonian Republicans. It reigned from 1792-1824.

The ironic part is Madison and Hamilton, respectively, warned against partisan politics in their writings of The Federalist Papers parts nine and 10. It seems achieving their political goals was more important than staving off the evil they foresaw. This same evil has ruled against the interests of the American working class ever since its start.

“There is nothing which I dread so much as a division of the republic into two great parties, each arranged under its leader, and concerting measures in opposition to each other. This, in my humble apprehension, is to be dreaded as the greatest political evil under our Constitution.”

In 1800, the Jeffersonians (Anti-Federalists) came to power. The Federalists were too elitist to compete, and barely hung on in the northeast, but their refusal to back the war of 1812 saw their ultimate demise. Between 1812-1816, there was an era of good feelings under President James Monroe where partisan politics were minimal. After that period, the second duopoly rose and reigned from 1828-1854.

The other side was filled with the newly formed Democratic Party, led by Andrew Jackson.  The Democrats supported an executive branch superiority, focusing on making it a primacy over the other two co-equal branches. The Whigs similarly supported a superiority of one the branches, albeit for them it was Congress. Whigs also advocated for modernism and economic protectionism. Democrats opposed both, worried that industry would overtake the interests and harm the conditions of farmers under modern improvements.

The Whigs did not last long. Their decline markedly began in the 1850s and party splits intensified after the Kansas-Nebraska act, which brought various territories under US control, creating the states of Kansas and Nebraska. The other aspect of their intra-party warring was due to debates around slavery.

The third duopoly spanned from 1854 to the mid-1890s and was distinguished by the emergence of the anti-slavery Republican Party, which adopted many of the economic positions of the Whigs, such as national or central banks, railroad developments, high tariffs, homestead programs and aid to land grant colleges. The Democratic Party became the opposition party during this period, though it often controlled the legislative process in part or in whole.

The Democratic or Republican Party has won the Presidency since 1852, and either or both have controlled Congress since at least 1856. The fourth, fifth, and sixth duopolies have been comprised of these two parties, the shifts being marked by topics of debate and changes in their respective target electorates.

The fourth duopoly shifted the debate to topics of regulation of corporations, roles of labor unions and child labor, whether America needed a new banking system, party politics and corruption, direct election of Senators, and the now-common primary process. The voting blocs remained largely unchanged, and this iteration of the duopoly reigned from 1896-1932. Historians have since remarked on why there was never a labor party movement in this, or any other period of time in the United States, unlike other countries like the United Kingdom.

In the wake of the Civil Rights Movement, especially after the signing of the 1968 Civil Rights Act, the two duopoly parties switched with each other’s platforms. This marked the beginning of the sixth, and current, duopoly period. From 1968 onwards, each party has ebbed and flowed. Early in this period, Republicans used the infamous racially-motivated and white-supremacist “Southern Strategy” to regain the Presidency. Rural areas, especially in the south became dominated by conservative thought empowering Republicans. The same is true of suburbs. By the way, suburbs were segregationist through the practice of redlining, which is why they remain predominantly white even today. The Democratic Party also focused on race-based politics by building a coalition of African Americans, Hispanics, and white urbanites.

“The answer, they say, is that the parties we perceive are quite different from the parties that  exist. To test the theory, they conducted a survey asking people “to estimate the percentage of  Democrats who are black, atheist, or agnostic, union members, and gay, lesbian or bisexual and  the percentage of Republicans who are evangelical, 65 or older, Southern, and earn over  $250,000 per year.” They were asking, in other words, how much people thought the  composition of the parties fit the caricatures of the parties.  Misperceptions were high among  everyone, but they were particularly exaggerated when people were asked to describe the other  party. Democrats believed 44 percent of Republicans earned over $250,000 a year; it’s actually 2  percent. Republicans believe that 38 percent of Democrats were gay, lesbian or bisexual; the  correct answer is about 6 percent. Democrats believe that more than 4 out of every ten  Republicans are seniors; in truth, seniors make up about 20 percent of the GOP. Republicans  believed that 46 percent of Democrats are black and 44 percent belong to a union; in reality,  about 24 percent of Democrats are African American and less than 11 percent belong to a  union.”

History proves the answer to changing the duopoly is a new party displacing one of the old. However, all the major parties have been fruit of the precursor parties splitting into factions. I cannot exaggerate how powerful it would be for elected and campaigning progressives to break with the anti-democratic Democratic Party and join with a truly independent and already established progressive party, like the Greens, in order to displace one of the two ruling parties that have been in power since 1852.

However, there is a better answer. Ending the duopoly is that answer. Passing Ranked-Choice-Voting and the Fair Representation Act would create a new fashion of American politics, similar to European parliamentary systems, but uniquely American, according to the experts at FairVote. The problem is, the people with the power to enact these policies are members of the duopoly and have a vested interest in maintaining the system that brought them to power.

There’s still an answer that’s achievable by the common American: Ranked Choice Voting (RCV). Also known as preferential voting, this method of voting allows you to rank the choices on your ballot, voting for multiple candidates by the order in which you’d want them elected. An example:

In that bullet-point ballot, if the Green party candidate is mathematically eliminated from the race, your vote would flow to your next choice, rinse, and repeat until the first winner is found.

Using ballot referendums, we can bypass the duopoly altogether and pass RCV ourselves. RepresentUS is a non-partisan, non-profit working to achieve that goal using the ballot referendum method, and they have made some wins, especially in Maine. Under our current system, between 80-95% of Congressional districts are non-competitive, meaning going into the election knowing statistically which party will win, no matter what.

The duopoly has always been a tool of the capitalist ruling class. The sheer amount of capital flowing in to keep it afloat is what makes it so insurmountable without using direct democracy (ballot referendums) to undermine it. It’s a good investment too, as legislation from both sides, from Republican Tax cuts, to the bipartisan CARES act, always predominantly and disproportionately benefit the already inordinately rich and powerful. Even the New Deal, which created the modern social safety net (what hasn’t been axed, that is), served to save capitalism and its ruling class from the brink of real revolution.

“The oppressed are allowed once every few years to decide which particular representatives of the oppressing class are to represent and repress them.”

The illusion of American democracy subsists on our electoral system. By giving the masses a generally meaningless say in the matter, the powerful use capitalist-owned mainstream media to manufacture consent and normalize the process, so we don’t realize that it is meaningless.

Ask yourself, why do the politicians change, yet nothing gets better or even changes?