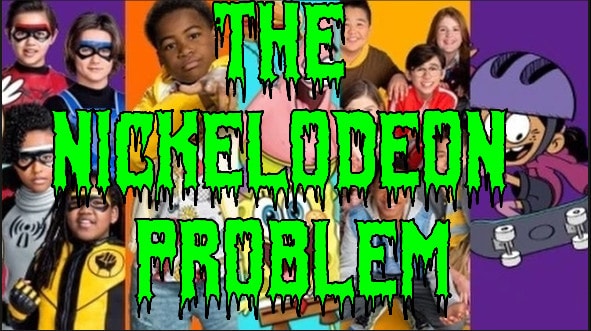 While the issues I mentioned are, no doubt quite bad, there is a bigger propaganda issue that’s shaped my entire life; and that’s the issue of the proliferation of advertising to children which really kicked off before I was born.

In this video, I’m going to be heavily citing the 2008 documentary “Consuming Kids: The Commercialization of Childhood.” I have some issues with this documentary because I feel like it presents an inadequate job of explaining in concrete scientific terms exactly why advertising to children is such a profound issue, as well as making it sound as though the issues they discuss are unique to children’s advertising when they aren’t. In this essay, I’m going to do my best to address these two concerns, but here’s some history on the problem.

The reason that this is such a bad thing is never well addressed in this video. It involves a process known as neurogenesis, which is the development of neuronal connections, the very wiring of the brain. There are at least three phases in life where neurogenesis is rapidly accelerated in human development, with the first obviously being embryonic development, but after being born it happens primarily in early childhood and in the later teen years. This means the messages that are incorporated into the human mind during those periods are more readily hard-wired into the brain. Recent research has suggested that neurogenesis is more active in adults than we imagined, so there is more of a chance than we had thought to be able to reprogram/deprogram ourselves in adulthood; but even considering that childhood is still the time in which our minds are most vulnerable. Additionally, we have been learning how powerful a driving force like nostalgia can be throughout our lives, and how powerfully it can be used within advertising.

But why do advertisers pursue children so rabidly? Other than an understanding that brand associations made in youth have the power to impact the spending decision of a lifetime, it’s an increasingly large market. In 2020 there are over 74 million children in America. In 2008, the direct spending of children age 14 and under accounted for $40 billion dollars of the GDP, but their greater power is in their ability to influence their parents spending to the tune of $700 billion dollars in the same year.

So, first it should be said that we need to restore the regulations on advertising to children because it’s quite apparent how much damage has been done by removing them. I think the US government might have an even larger role to play here, but to explain how and why, we must look at the media empires that have been built on the back of this deregulation.

For example, let’s look at Nickelodeon. Without children’s advertising in its many forms, it’s difficult to imagine how a channel like this could be profitable. Non-subscription channels like this rely on advertising to remain profitable, so any meaningful limit on that would jeopardize their existence, as well as the existence of other channels aimed at younger audiences like Cartoon Network and others, perhaps even forcing them into a subscription model, which they would logically have to advertise to get subscribers… you see the problem here, right?

So, how could we leverage the power of the US government to fill this gap and make children’s television less awful?  I assume you have some familiarity with the concept of Modern Monetary Theory, and if not, I have a brief primer I will link here.

In relation to propaganda, advertising is king, and advertising to children is about as akin to brainwashing as advertising can really get on a functional level. So, what if we used government funds to replace most of the advertising on children’s networks with informational or even educational content. Something like the famous “got milk?” campaign but backed in science and education and not a lobbying effort. This video recently produced by Cartoon Network about Black History and Historical Literacy is a great example.

Understanding the fiscal possibilities of MMT, this would be shockingly easy. Ad space on a network like this is certainly a finite resource, but it’s not something that’s likely to cause general inflation if the supply of it is diminished. It’s also just replacing the funding for these channels, so it’s not like they’ll suddenly have more money in their pockets to create additional market demand with. So, we are safe on this end as well. It also allows us to reach children with important messaging when it will affect them the most, making it a good time to talk to them about media literacy and critical thinking.

Of course, we need to be careful with how we allow this power to be used. There’s certainly the opportunity for an authoritarian government to use a channel’s legal dependency on them for income to make some terrifying mandates about programming, which is why I’d like there to be a certain amount of a private market here as well, so that channel never feels wholly dependent on government funds for their survival. But, really, could we do much worse than the consumer indoctrination that’s rampant in the ad breaks on these channels now?

That said, unfortunately the actual ads are only a small part of the larger issue this documentary digs into. The sad thing is, I’m not even sure I can imagine a world where there is a way to really solve these problems under capitalism without a MAJOR cultural shift that might be even more unlikely than abandoning capitalism at this point.

It’s worth watching for a better understanding of the scope of the problem than the clips I’m showing you in the video, but since it’s already 12 years old, I’d like to finish this out by talking a bit about how these unfortunate trends have expanded in the decade following its release.

A lot of the issues mentioned in this film seem like, in retrospect, they were only seeing the tip of the iceberg, and three of them happen to intertwine in a single example.  Those would be cell phones, toy ads, and kids marketing to other kids.

In my personal life, I used to babysit an 8-year-old boy to help make ends meet, and during this period he got hooked on YouTube toy reviews. As a person trying to make quality informative content on the platform, it was a bit shocking and disconcerting to see how many views these channels got to just sit kids in front of a camera and have them open and play with toys. These were in some cases the equivalent of hour-long toy ads, and he got addicted FAST. And when I say addicted, I mean turning off the TV would cause a visceral reaction and an outright temper tantrum. At first, I thought they were harmless, but I started to notice his rapt attention and realize something scary was happening before my eyes. I hate to admit this, but he was a rambunctious child and honestly, having something like this to keep his attention made my job a lot easier, but after the first few hours I was ready to put my foot down and accept that this had to stop even if it made my job a lot harder. Thankfully, I was able to get his parent on board with helping me curb this addiction and over time it wasn’t a problem anymore.

But it certainly was scary to see how fast the kid got hooked on what was effectively native advertising done by a family trying to make a comfortable living, and it was also scary to imagine how I might react as an overworked parent if I were to find such an easy out. So, given that, imagining how prevalent such a thing might be in a world where working multiple jobs is increasingly the norm for the working class was terrifying. But I didn’t have to imagine, as I said before, it was right there in the metrics.

For this problem, there might be a workable solution to work in tandem with regulations limiting children’s advertising. This would be the congressional act that scared YouTubers like myself only a year ago, COPPA.

While it isn’t currently designed to act in such a way as to limit this kind of insidious advertisement, it’s not particularly hard to imagine how it could be used in such a way in the future.