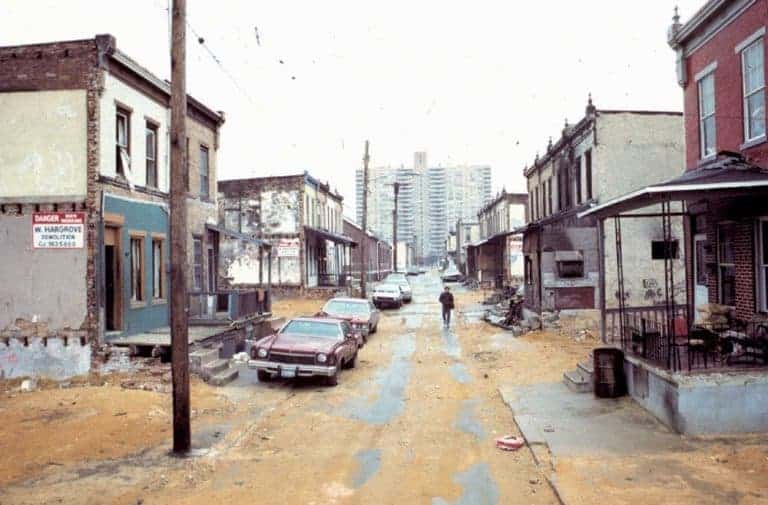 The Plight of the Outcast

Anyone who will tell you to stop crying is in denial of their own humanity. It’s as absurd as pushing pharmaceuticals to prevent suicide before asking a suicidal person, “What’s wrong?” It’s the same flawed logic that makes this society such a wretched place to exist. Because the same woman who spends her days at Walmart bagging groceries, looking into the eyes of every miserable person who just wants a few more bars of chocolate or a few more half-priced plasma screen televisions, deludes herself into thinking that everything is fine — it is what it is — the world works the way it works, and you must accept the things you cannot change and change the things you can, unless the thing she cannot change is her son’s outlook on the world; her son who can’t bring himself to lie about what he sees when he looks out his window each day, lie about the incredible things human beings could do together if they weren’t caught up in being so cruel, because his heart is not something that the world can contain.

It’s not something he can repress by spending enough time in the locker room. So he chooses to spend his time seeking out meaning, seeking out real truth by reading books and discovering real, true music and learning to manifest his own visions into some tangible creation that might bring another person joy in this cold, dark world. And this process is not one of covering up his pain with Hershey’s bars and plasma screens, but of opening up wide to take the whole world in and let the whole world take him in. And the boy knows that this is worth it, because a life in which you do not seek to be better is not a life worth living. He knows that he would rather die than succumb to the pressure to cut his hair all short and get some girlfriend he’s not really into so they can have a nice prom, so they can have a nice wedding, so they can have a nice life — well, at least one that looks nice from the outside.

And the others would rather see him join the football team than explore his own humanity without limits, because if he did this then he might start crying for a reason they do not understand, for when someone cries and you do not know why and they also do not know why, you cannot say this or that thing to make it better; and because of this you realize that there are certain things that happen in this world which you do not have the power to make better. But you do not fully realize this truth because you are afraid of what you, yourself, might find if you, too, let go of your delusions that anything in this world is yours to control, and dive into that abyss yourself. Because if people did this then the boy’s mother would unearth the years of physical abuse by her father and psychological abuse by her husband (which she always worked hard to repress), and also she would have to face head-on the fact that these people also abused her son. Unlike his mother this boy does not run from his feelings, because he saw what happened when his mother did, and he saw where it ended them both up — scraping by for food and the electricity bill because a paycheck from WalMart can sometimes buy some amount of survival, but nothing that will take away from the thick, looming sadness hovering over both of them every single day, in their one-bedroom apartment that they may get evicted from any day now because his father is always late paying child support.

People get suicidal because, for whatever reason, they see painful and inescapable truths about the evil in this world. Perhaps they have seen these things because they are on drugs, or perhaps they are on drugs because they have seen them, or perhaps their brain is wired to ruminate on sadness instead of hide from it. But whatever the reason, these things they see are no less real or painful, and just because someone does not see things the same way you do does not make them “out of touch” with “reality;” for reality can be interpreted in countless different ways, and one can respond to any of these interpretations in an exponential number of ways beyond that. Despite that many people would rather call someone who’s struggling “crazy” than look themselves dead-on in the mirror, these people likely have some inkling that crazy is just a word for the things you cannot understand. But they choose to invalidate these struggling people anyway because if they acknowledged an unpredictable person’s humanity, they would have to confront their own. For many people, this confrontation is an intolerable option because it would rob them of their social control– or at least the control they pretend to have, only because the rest of the closeted crazy people choose to pretend to grant it to them. Social structures cannot exist outside of people’s imaginary standards of who is respectable and who is not, so most people will do whatever they need to do to maintain that control, even if that control comes at the expense of the very lives of people who really just need help.

It’s funny, really, that people are so attached to the illusions of control that surround them that they will fight tooth and nail to preserve them. People will sooner become part of the “oppressing class” than they will turn around to fight it, because in fighting it you cease to be a “have” — part of the in-crowd, which makes you a person who will instead turn around and stomp on those you see as beneath you (let’s not forget that you were once one of them) because they threaten your status as existing above them on the coveted social ladder. This dynamic exists within virtually every system, class, and institution, at least here in America; you see it in workplaces and churches and schools (among both teachers and students), and wherever else. The saddest sight, though, is when you see it in playgrounds and school cafeterias and sports fields, where there are mainly three groups: the cool kids, the kids who want to become cool, and the kids who refuse to play into that bullshit game. Kids in the latter group are usually the ones who get bullied, and many of them drop out because they’re sick of being spit on by both classmates and the teachers who impose strange expectations onto them about what it means to be a good student or successful person. But these outcasts have seen from a young age that the people who get 4.0s, go to college, become lawyers, and settle down with other mediocre, uninteresting people are the ones that produce children who become cheerleaders and jocks who stomp on those who see through their emptiness in the brutal race to the top. These struggling outcasts become loners, delinquents — dropouts — menaces to society (when truly they’re much less menacing people than the ones who participate in such social cruelty), and they have so much to offer this world because they are intelligent by way of paying attention to their own experience. Most of all they look upon the world, and hopefully themselves, with honesty.

But it really doesn’t matter how much these outcasts have to offer. Because as long as those with social control disapprove of the things they have to say and contribute, they’re destined to end up poor and powerless. This is because along with power comes the resources to survive, and without basic necessities, you cannot actualize yourself or your full potential. So instead of these brilliant people with phenomenal hearts growing up to make society better (which they would if they could), they often end up in industries like sex work and the drug trade because that is their only feasible way to survive (and they are smart and resourceful enough to survive in this way). Then, the haves in society have the audacity to look upon these people as untouchable lepers who either need to stop being lazy and get a job, or should be the objects of our charity, both of which are completely ignorant and repellent perspectives. In total, this goes to show how on-point these outcasted people were in originally tuning out of the social scene before it consumed them. Personally, I would rather be shit on by society than be the one doing the shitting — would you not?