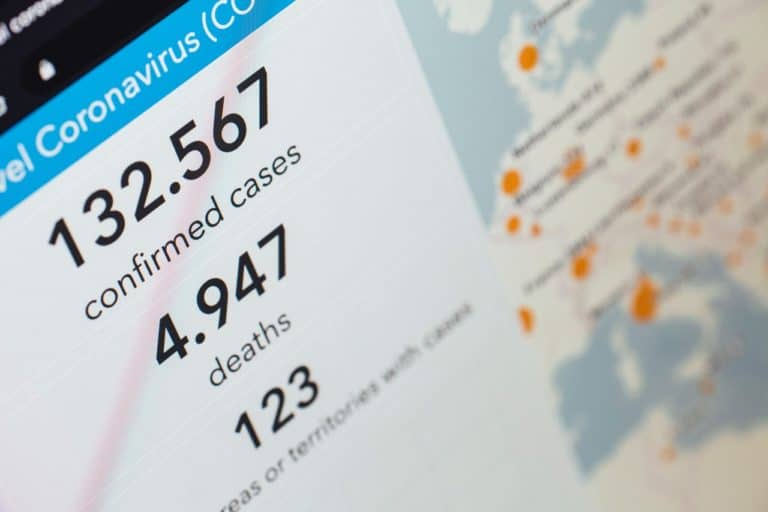 The Real COVID-19 Depression Is Coming

This article was originally published on Medium on Nov 10, 2020 by Emma Caterine

According to Wikipedia, the COVID-19 recession started on February 20, 2020. Like Black Thursday for the Great Depression and the collapse of Lehman Brothers for the Great Recession, the date has been set at February 20, 2020 because it was the date of a major stock market crash. It is a narrative-driven idea of economic downturns, the spark that lit the fire. People probably do not know that the Great Depression’s real harm was mostly not felt until two years after Black Thursday when a deflationary spiral started and the effects of the Dust Bowl began to merge with the economic crisis. And some who were alive may even forget (as our memories have become more and more short-term) that the Great Recession was also not felt by many Americans immediately after the collapse of Lehman — the IMF, for example, only considers the year of 2009 to have been an actual recession, and unemployment did not peak until October of 2009, more than a year after the collapse of Lehman. These events were less sparks landing on gunpowder as much as sparks lighting a comically-long Coyote and Roadrunner type fuse to a bunch of dynamite.

I think people also tend to forget how poorly the prior economic downturns were handled. Herbert Hoover said the economic downturn would be no worse than the brief recession that had happened 10 years prior and that it was simply caused by foreign economies like Germany (sound familiar?). George W. Bush, as he was with practically everything, was a dawdling fool following the lead of free market ghouls like Alan Greenspan and corrupt industry-captured regulators like Arthur Levitt. Credit will probably not be given to him by the unhinged Democratic establishment for at least the next 20 years, but Senator Bernie Sanders’ fight to make sure the CARES Act extended and supplemented unemployment benefits has kept many of the worst effects of a recession from being felt. If those provisions had been cut, and without Sen. Sanders they absolutely would have been, the catastrophe that the pandemic has been would have been far worse.

But now those benefits are running out. Even more important than the supplementing of unemployment was the extension of unemployment, essentially a federal override to force states to provide the most basic level of benefit that literally the majority of states have not provided since the neoliberal backlash against unemployment in the 1990’s. On top of that, moratoriums over everything from debt collection lawsuits to evictions to foreclosures are soon ending or have already ended. Using New York’s eCourts system, I compiled lawsuits by some of the major debt collectors in NYC that are going forward from November 10, 2020 until December 31, 2020:

This is an underestimate since more dates will probably be set, especially for December, in the upcoming weeks. These lawsuits come from all sorts of financial actors, from credit card companies to debt buyers suing on decades old credit card debt, from landlords to student loan lenders. None of these companies is holding back anymore, and where they think they have the greenlight to start going after people (they seem to think, correctly or not, they have been given such a greenlight in Queens), they are going to do so. The firm Pressler, Felt & Warshaw for example, especially with their client Encore Capital (and its subsidiaries Midland Funding and Midland Credit Management), is not moving forward with a lot of lawsuits in the City, but it is on a lot of lawsuits in other New York places like Long Island.

The most recent figures I can find on unemployment in NYC had unemployment at 14.1% in September 2020, but that was immediately prior to the second round of shut downs which in some areas included certain businesses, so the rate may have gone back up since then. Regardless, the overall point to extrapolate from this high unemployment rate plus all of these debt collection lawsuits moving forward is that New Yorkers, without additional relief measures, are going to experience a vice grip of decreased or eliminated income and debt that could push many into bankruptcy and insolvency. There has actually been a decrease in bankruptcy filings this year due to a combination of businesses winding down due to the pandemic, the extension and supplementing of unemployment, and the moratorium on the type of collection actions like foreclosures that usually prompt people to file for bankruptcy. That will not last as moratoriums lift and more and more people face the threats of losing their cars, their homes, and the precious little money they have in their bank accounts.

Many of those people, even with the restrictions of the 2005 bankruptcy law, will qualify for Chapter 7 bankruptcy (we are already seeing a large increase in the ratio of Chapter 7 filings versus other kinds of bankruptcy). For consumer debtors, a Chapter 7 bankruptcy will be harmful to their credit and emotionally distressful, but it should result in the discharge of much if not all of their debt. Similarly, in places like New York, those who are on unemployment may be “judgment-proof” — their income is exempt from garnishment by collectors and they don’t have enough non-exempt money in their bank accounts for those to be garnished. Of course debt collectors do break the law, and will likely do so more often as they get desperate themselves and their clients get desperate to make up the lost profits from the COVID-19 lockdown. But even accounting for that, the circulation of capital is going to be greatly hindered if not outright stopped. That could lead to the earlier mentioned deflationary spiral which, along with events like the Dust Bowl, is when the Great Depression really started to hurt for most Americans:

There is a temptation now that Trump has been beaten at the ballot box to think that we are out of the woods. Even most Leftists who dislike Joe Biden (like myself) will admit that he will be far more competent at handling the COVID-19 pandemic generally than Trump has been. But because of relief won by Senator Bernie Sanders and just the time it takes for an economic downturn to ripple across the economy, it is likely that the economy and especially the financial circumstances of working class people are going to get much worse in the coming months. We need to fight for relief the same and greater than the CARES Act in order to mitigate this harm, and frankly we are already too late in getting a second round of relief to prevent a lot of the harm that is coming.

We need to get organized to fight this fight. I would of course recommend joining the Democratic Socialists of America since (1) I am in it and (2) there is probably a chapter near you. If you’re already in DSA or another organization, it is time to get ready to fight like hell to continue unemployment expansion and supplementation, because without the immediate shock of the pandemic and urgency of a response we cannot count on Bernie or another clever progressive elected to make it happen. But we can make it happen, whether in the last months of Trump or in the first months of Biden, and whether we do will determine the future of millions or even billions of people. So start putting away the champagne glasses you used to toast the end of Trump, there is a lot of work to do.