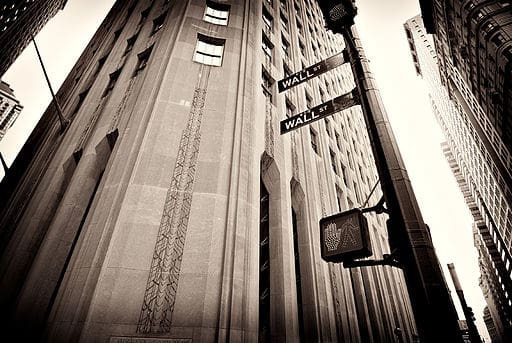 How Tom Became a Real Progressive

Money was the only democratizing force I believed in. Politically, I became self-aware during the 2016 presidential election, the year of Bernie Sanders. Previously, my political beliefs were a mix of personal experience and pragmatism. My mother imparted a healthy distrust of authority, but pragmatism without economic literacy leads to being a Clinton Democrat, at best. That is about where I stood on the spectrum. I only cared about economics, because money was the biggest problem in my life and all the lives I cared about.

Before the pandemic, the average income per capita in my hometown was $30,000. That’s unlivable if you are across the river from Manhattan. I went to college to escape that fate and believed in the American Dream more than anyone. There were occasional lucid moments in my economics education, but even liberal universities favor corporate rule. Professors would try to balance readings and mention exceptions to rules, but the thread running through all economics courses aligns with Wall Street.

When hired to be a Financial Advisor, I was responsible for analyzing investment and economic trends to help people make decisions about their money.  What I learned in school matched thinking in the investment world, in spirit. The standard of evidence in finance is return on investment. For economics academics, a well-constructed formula, even with wild assumptions, is evidence. Both of these approaches were irreconcilable with reality. The stock market was going through the longest bull market, but I knew a lot of people struggling with debt and unemployment. Since my analysis had real financial consequences, being married to a political ideology would be a liability, so I loosened my grip on what I thought I knew.

I began to realize the economic fallacies went as deep as the data published by the government, for which Wall Street holds its breath. It’s a lesson in how to lie with statistics. Wages, inflation, and employment numbers were reported with misleading context. The first major realization I had is that we really have two economies. Inequality is so extreme that averages are not useful indicators of how most people are doing. If one person earns $100 and another earns $0, it would be misleading to say people make an average of $50. It is a true statement but weak analysis. With my suspicion confirmed that the economy was worse than reported, I began seeking solutions and learned about policies that I never knew we needed. Not only are they economically viable, but we need them. These policies include Medicare for All, free college, and a Federal Job Guarantee.

There was an eerie lack of curiosity in my office. These people are intelligent but did not look under certain rocks. At the same time, everyone spoke as if they had answers. I remember seeing reports on financial news about how the Federal Reserve’s Quantitative Easing (QE) did not have an effect on economic growth and inflation. Being a multi-year policy, natural experiments proved the lack of efficacy while it was still in progress. Only the market slightly rose on announcements by the Federal Open Market Committee, anticipating something positive might happen. This was shocking to me, and I brought it up to senior advisors who acted as though they’ve known it for years. Weeks later, those coworkers and the anchors on financial news were back to obsessing over QE and interest-rate policy. I was still new in the business, so I doubted my own understanding. It was like 1984, when the TV screens spread information about the war and who the enemy was, which flipped from day to day. The Federal Reserve continued these policies for years, and conservatives warned hyperinflation was just around the corner the entire time. It wasn’t.

All the inconsistencies made me uncomfortable making investment decisions, so I started learning from unconventional sources. By the time I discovered Modern Monetary Theory (MMT), I knew leftist policies were more economically sustainable. Basically, it is like trickle UP economics. Except, this works because lower-income consumers spend more productively but the wealthy already have their needs met. My concern was the one I encountered in conversations with the working class, “How are you going to pay for it?” Many workers do not find tax-and-spend plans or appeals-to-compassion compelling. They need something that works.

One day I saw a video about MMT from Real Progressives. Then I spent months studying it, cynically. When I was able to grasp MMT, the implications fired off through branching trees of thought from one enormous revelation. All the expensive national policies that people called for during the Sanders campaign were possible. There was no reason anymore for workers to hold out on themselves. Worrying about the availability of tax dollars was a distraction. So many people can agree with this statement but I want them to internalize and feel it the way I did. It takes time to retrain the mind to think primarily in terms of real resources and not dollar amounts. Then, MMT becomes useful.

The majority of Americans are experiencing a recession. My purpose in Real Progressives is to show my fellow workers that their suffering is unnecessary and not mathematical certainty. I think of myself as a translator. Economics is written and discussed in an exclusive language of the ruling elite. At Real Progressives, we empower people with economic literacy. Every day that we learn and dispel an economic myth; we undo learned helplessness. I hear a lot of socialists say that the working class and the left have no power. As the majority, we only lack imagination. I believe that once we know what is possible, morality will take us the rest of the way.

1 thought on “How Tom Became a Real Progressive”