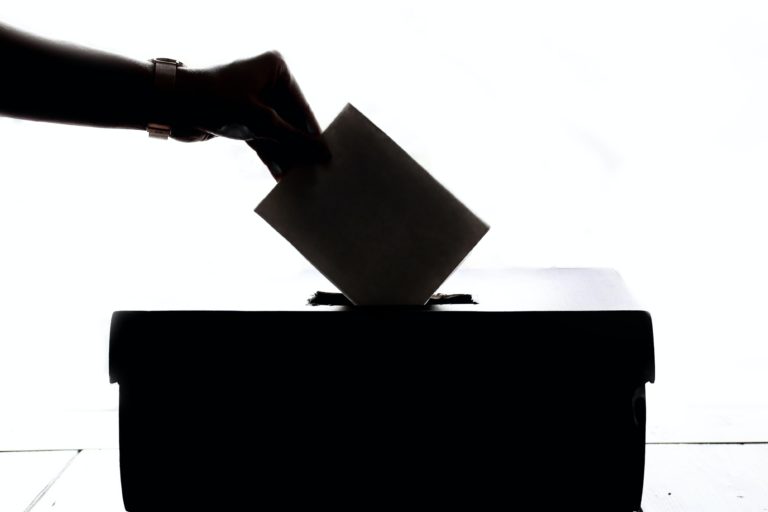 This story was originally published by Reveal from The Center for Investigative Reporting, a nonprofit news organization based in the San Francisco Bay Area. Learn more at revealnews.org and subscribe to the Reveal podcast, produced with PRX, at revealnews.org/podcast.

Nor is Lillian Shuster.

These three lifelong voters, all residents of Palm Beach County, Florida, are very much alive, healthy and ready to vote in November.

But all three, along with several other Florida voters contacted by Reveal from The Center for Investigative Reporting, were flagged last year by an eight-year-old conservative nonprofit named the Public Interest Legal Foundation, or PILF. In May 2019, PILF sent Palm Beach County election officials a list of voters who they claimed had cast ballots in recent elections despite having died years before. These votes, PILF claimed, were evidence of widespread voter fraud in a county that will be critical to Democratic hopes in November.

A few months later, PILF published a breathy report, “Calm Before the Storm: Are Palm Beach County’s Elections Protected Against Emerging Threats?” The report has a scientific veneer, referring to “county office visits, records inspections, voter roll audits and data science best practices” as the basis for a spate of claims about the precariousness of elections in the county where President Donald Trump is registered to vote. PILF accuses hundreds of people of casting votes twice – in Palm Beach County and in another state. The report also claims that “more than 100 deceased registrants actually cast ballots in recent elections in Palm Beach County after their dates of death.”

PILF declined to provide any of its underlying data or analysis to Reveal and denied multiple interview requests. But documents obtained via a Freedom of Information Act request by watchdog group American Oversight and shared with Reveal show that PILF’s research quickly falls apart under scrutiny.

One of those documents was a PILF spreadsheet from May 2019, sent to Palm Beach County elections officials, itemizing one of the group’s key findings: that 100 votes had been cast by dead people in recent years. Reveal compared PILF’s list to the Social Security Death Index, a national registry of deaths; Florida voting records; and other public records. Then we set out to contact as many people on PILF’s list as we could locate. We found no evidence that votes have been cast for dead people in the county, and we were able to disprove at least 56 instances of alleged voter fraud compiled by the group.

PILF’s 2019 report is just the latest in a series of discredited analyses the organization has produced in its attempt to validate the myth that voter fraud is rampant in U.S. elections.

In 2016 and 2017, the group published two reports, “Alien Invasion in Virginia” and “Alien Invasion II,” which named thousands of Virginians PILF claimed had voted despite being noncitizens. After several people named in the report sued for defamation, PILF admitted its analysis was wrong, retracted large swaths of both reports and apologized to the plaintiffs, all of whom were U.S. citizens. In 2018, PILF lost a lawsuit in Broward County, Florida, when a federal judge called its allegations of voter fraud – PILF claimed there were more voters on the county voter rolls than eligible voters – “misleading.” And in May, ProPublica discovered that PILF had made another false allegation, this time about more than a million absentee ballots they claimed had gone missing in the 2018 midterms, a claim Trump had touted in a tweet. It turned out that PILF had not only misreported federal data, but it had mischaracterized unreturned ballots – a common phenomenon – as “missing” and therefore susceptible to fraud.

PILF is part of a network of well-funded conservative nonprofits working behind the scenes to push the specter of voter fraud and to pressure local election officials into purging or “cleaning up” voter rolls.

Boosted by the GOP, this movement has gained steam over the past 20 years, building off the contested presidential election between George W. Bush and Al Gore that was decided by the Supreme Court in 2000. Players such as Hans von Spakovsky of The Heritage Foundation, Tom Fitton of Judicial Watch, Catherine Engelbrecht of True the Vote and PILF’s J. Christian Adams have found an audience on Fox News and on Capitol Hill that is hungry for their claims of voter fraud.

As their profile has grown, these groups have written hundreds of threatening letters and filed a mountain of lawsuits against local election officials, challenging everything from the expansion of mail-in-voting in California to the legitimacy of voter rolls in Pennsylvania. The effort has been warmly embraced by Trump and the Republican Party, who have championed the groups while spreading the conspiracy theories they have been instrumental in propagating.

As the nonpartisan Brennan Center for Justice has exhaustively concluded, voter fraud in America is exceedingly rare.

Yet PILF has been unrelenting in its campaign to prove voter fraud. The organization specializes in requesting vast troves of voter information via open records laws and then conducting audits of that data to pinpoint individual voters whom they suspect of fraud. While Fitton gins up fear on Fox News and True the Vote splashes conspiracy videos on YouTube, PILF portrays itself as a nonpartisan team of technocrats digging in to do the hard work that local governments have failed to do.

A close look at that work – by journalists and the courts – has consistently revealed that work to be inaccurate or misleading. That hasn’t stopped Trump from promoting PILF and Adams, PILF’s president and general counsel.

In 2017, when Trump created the Presidential Advisory Commission on Election Integrity, a bipartisan body tasked with investigating electoral fraud, he named Adams to the committee. Introducing Adams at the inaugural meeting in July 2017, Trump called PILF a “great group.” (The commission was disbanded six months later under a barrage of lawsuits and never issued a final report.) In August, the president appointed Adams to an even more prominent post on the U.S. Commission on Civil Rights, a decision that drew outrage from civil rights groups across the country.

PILF “is a sham organization,” said Maine Secretary of State Matthew Dunlap, a Democrat who served with Adams on Trump’s short-lived election integrity commission and was himself sued by PILF in February for access to his state’s voter rolls. “I think they sort of prop up the idea that there’s a real problem out there and only they can solve it.”

For months, we asked Adams and PILF spokesperson Logan Churchwell to comment on the flagrant mistakes we found in PILF’s research. Neither responded. We also reached out to former Kansas Secretary of State Kris Kobach, who served as vice chair of Trump’s voter fraud commission, and von Spakovsky and Engelbrecht. None of them responded to interview requests.

In an email response to questions about the organization’s Palm Beach County findings, Adams acknowledged that “false positives are expected and that is why we provide as much data as we can to election officials.”

In a subsequent email, Churchwell claimed that Reveal was misrepresenting the foundation’s work, writing: “You do not have all of the information and what you do have was given to you thirdhand and piecemeal. The Foundation’s collaborative work in Palm Beach County spanned a year. Our research methods evolved and expanded over that period and your inquiry fails to reflect those changes.”

The spreadsheet Reveal analyzed, sent by Churchwell to Palm Beach County Supervisor of Elections Wendy Sartory Link in May 2019, appeared to comprise the culmination of PILF’s research into alleged voter fraud there. In a letter accompanying the spreadsheet, Churchwell wrote: “We are at the completion stage of our review and we wanted to give you the results.” There’s no indication in subsequent emails between PILF and Palm Beach County that PILF subsequently expanded its research.

Link said her staff tried to explain to PILF that the organization’s research was faulty. Yet many of the findings detailed in Churchwell’s letter appear verbatim in PILF’s “Calm Before the Storm” report, which was published six months later, in November 2019.

“Many of their claims are unfounded, and we have relayed that information directly to them,” Link told Reveal by email. “I do not think we saw a copy of the report before it was published, but I did speak with them afterwards to tell them again about the inaccuracies in what they reported.”

But often, that wasn’t the case.

The Social Security index does indeed list somebody called John Johnson, who died May 30, 2003, in Dallas, Texas.

But there is another John Johnson with the same birthdate, who has the Florida unique voter ID listed in PILF’s spreadsheet. That John Johnson, who is 87, told us this month that he’s “still very much alive and well and still working as a lawyer.”

“I voted in all those elections,” he said.

How PILF decided to place other people on its list of dead voters isn’t as clear.

For example, the list includes Mary Cox, a voter from Lake Worth, along with her unique Florida voter ID. The spreadsheet lists Cox as having died in 2004 and having cast three illegitimate votes in 2004, 2006 and 2008. Reveal could find no listing for a Mary Cox with the same date of birth on the Social Security index. We did, however, discover that the Mary Cox identified in PILF’s spreadsheet died in 2018, not 2004.

“She would be so pissed,” said Cox’s daughter, Deborah Fahey, who also lives in Palm Beach County and who cared for her mother in the last years of her life. “They (PILF) are probably figuring that if they pick somebody that old, then nobody’s around to contradict it or care. But let me tell you, she did vote, and she voted up until 2016 and she died in 2018. So it’s all bogus.”

In a spreadsheet PILF created to identify “dead” voters who had cast votes, the organization named Mary Cox. PILF claimed she died in 2004 and cast illegitimate votes in 2004, 2006 and 2008. But Cox actually died in 2018. CREDIT: Tami Gayoso

Unlike the reports published in 2016 and 2017, PILF’s Palm Beach County report doesn’t name each voter the group alleges has committed fraud, making the report less vulnerable than previous reports to defamation claims. Rather, it simply claims that an aggregate of more than 23,000 votes may have been cast fraudulently and warns about the threat this poses to free and fair elections.

“It is imperative that deceased voters be timely removed from the voter roll so that illegal votes are not cast through an abuse of the mail-in ballot system,” the report reads.

“I guess I shouldn’t be surprised,” Ho said. “It’s such a level of mendacity, they never cease to impress.”

PILF’s pattern of flagging voters as potentially fraudulent raises another question: Could legitimate voters end up being purged from voter rolls as a result of PILF’s faulty analysis and bad research? That didn’t happen in Palm Beach County, according to Link, but could it happen elsewhere?

“They haven’t been effective if that’s one of their goals,” Ho said of PILF. “Where they have been effective is propagating this narrative that we have a lot of fraud in our election system and that we need to be making voting harder in this country, rather than easier.”

This article was edited by Esther Kaplan and copy edited by Nikki Frick.