Why the New Deal Became the No Deal

The opening photo montage [on the Real Progressives home page] seems to be outlining an over-arching story about why American progressivism needs to make a special effort, now, to re-kindle the vision of Franklin Roosevelt. The activist, direct government spending of Roosevelt’s New Deal pulled America from the depths of the Great Depression, mobilized the nation for the successful prosecution of World War II and, after the war, ushered in a decade of middle-class prosperity previously unimagined. Then something strange happened: A succession of American presidents and congressional administrations systematically began undoing everything FDR had put in place. This process has now culminated with the presidency of Donald Trump in which activist, direct government spending to address virtually any need of collective society (including basic public health initiatives in the face of a viral pandemic) is viewed by dominant American conservatism as excessive—and unaffordable—government over-reach. 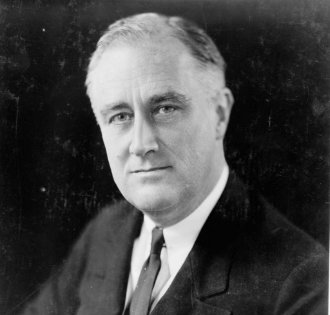 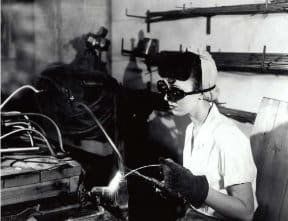 What is missing from this story is why Roosevelt’s New Deal was systematically attacked and dismantled after WWII. What motivated this about-face with regard to the New Deal’s economic model of direct government spending to pay Americans to build things they collectively benefited from, and provide services they collectively needed—a model that had demonstrably served America so well for the previous decade and a half? Answering this question, it seems to me, is crucial to any strategy for rekindling Roosevelt’s vision—and for implementing the new perspective of Modern Money Theory.

What the New Deal did, that had never been done before on such a grand scale, was to create government fiat-money to pay citizens to produce goods and services that private enterprise was unwilling, or unable, to provide. This put money in people’s pockets where before there had been none, creating a purchasing power that subsequently supported the production of private goods and services. In the process of creating that purchasing power, the government’s spending programs also produced things that American citizens directly benefited from: electric grids, roads, schools, hospitals, etc. This was the super-charged, double benefit of the New Deal. It was also the first implementation of the economic theory of the British economist John Maynard Keynes, who had been arguing—unsuccessfully—for just this kind of direct, activist, government spending for domestic benefit since the conclusion of World War I. Keynes failure to win that argument in Europe deepened the economic slide of the depression and led directly to the rise of fascism, Adolph Hitler, and the catastrophe of World War II. But the unique success of Keynes’ economic model in America was a shining light on what is possible. 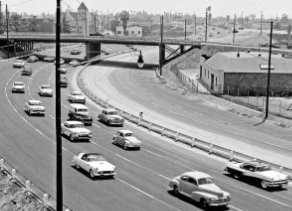 After the triumph of America’s war mobilization, Keynesian economics were firmly established in the American status quo. President Eisenhower, for example, used direct government spending to build the U.S. interstate highway system—and the federal government continued, throughout those early post-war years, to pay for the college tuitions of tens of thousands of ex-American servicemen and women, an educational push that did more than anything else to create the new American middle-class. 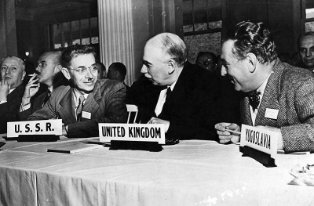 But there had always been a faction of American society passionately opposed to Roosevelt’s vision—and the Keynesian economic model supporting it. That faction comprised the special interests and powerbrokers associated with Wall Street financing and corporate America—people who feared that a continuation of the New Deal monetary model would lead, inevitably, to a socialist American government (i.e. a condition in which the federal government, rather than private enterprise, would decide what investments should be made and what projects should be undertaken). And, more to the point, a socialist government would deprive the Wall Street financiers and corporate elite of the exclusive power their capital and profits had always exercised (until the interventions of the New Deal and World War II) over the American economy and political agenda.

The attacks against the New Deal and Keynesian economics—underwritten and led by this powerful set of interest groups–began in the 1950’s with the fearmongering campaign of Senator Joseph McCarthy. To make the fear more intense, the economic activism of Socialism was conflated with the social controls of Communism. Socialism/Communism were framed as “un-American” forms of government which denied the free-will and liberty of American individualism—the founding ideals of the country. 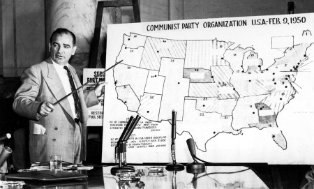 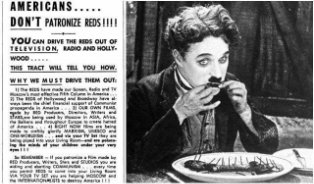 Anyone who was—or had been—associated with direct government spending for the good of collective society was labeled a communist sympathizer. The economists and managers who had ushered in the New Deal—and who organized and ran the American economy during the mobilization and execution of WWII—were publicly discredited and accused of being “un-American” traitors or communist infiltrators.

Tellingly, after publicly decimating the “communist” Keynesian economic model (and those who supported it) in the name of the “free-will individualism” of private enterprise capitalism, this same faction of special interest power brokers, subtly transformed this same Keynesian monetary model into another kind of “New Deal”—this time for corporate America. That second “New Deal” was the military-industrial complex. Federal money created and disbursed to the corporate financiers of the military-industrial complex did not build infrastructure or produce goods and services for the American people—instead, it paid corporate America to build and maintain an unchallengeable war machine to wage a “cold war” against Communism. 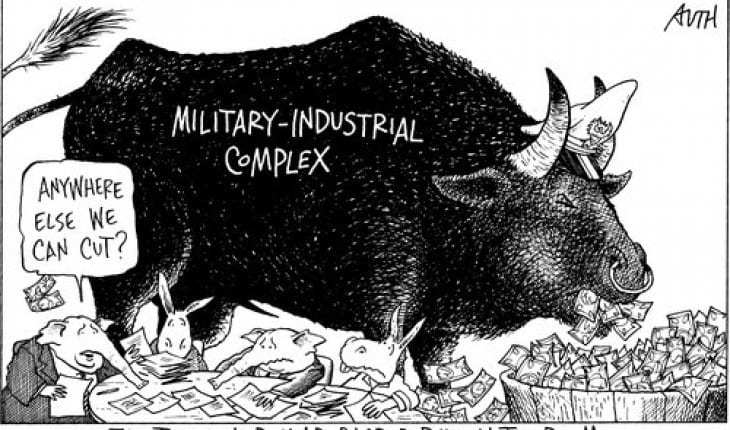 This second “New Deal” proved what John Maynard Keynes, himself, had made clear and warned against: Keynesianism could empower governments to do good things for the collective well-being, or selfish things for an elite class that ruled, controlled, and manipulated the government’s purse strings. Keynesianism wasn’t disproven in the 1950’s, it was “secretly” hijacked by a ruthlessly selfish corporate and financial oligarchy.

Each of the American presidents thereafter, Democrat or Republican, aided, abetted, and empowered this oligarchy—either by actively supporting it, or passively refusing to rebut its narrative about the need to hold government activism for the collective good in check. Only one Democrat—Lyndon Johnson—briefly resurrected Keynesian strategies to create a third New Deal—this time, once again, for the American people themselves. Johnson’s Great Society initiatives introduced Medicare, Medicaid, Food Stamps, Public Radio, and myriad other programs that enhanced life for millions of citizens. Ironically, Johnson’s efforts were cut short by his acquiescence to America’s continuing and compulsive fearmongering of Communism (i.e. the Vietnam War). 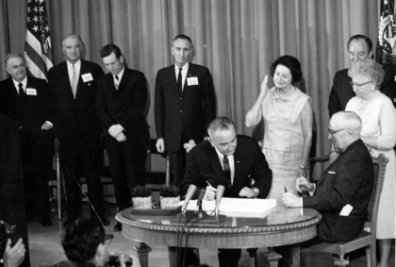 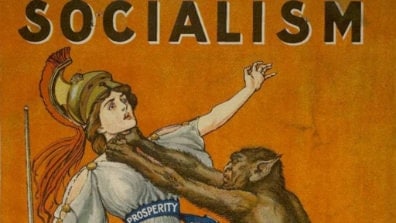 It was, then, America’s obsessive fears of Communism (and its conflating of Communism and Socialism)— fears stoked and orchestrated by the financial and corporate power structure of private enterprise for its own enrichment—which enabled the repudiation of FDR’s vision. While the Vietnam tragedy and the end of the Cold War cooled the nation’s anti-communist, anti-socialist fervor, the view of federal government activism as an encroachment on the free-will of private enterprise continued to be a burning ember that could be rekindled for each election cycle—and each federal budget debate—to hold in check any resurgence of New Deal sentiments. (Most recently, sentiments for universal healthcare and a “Green New Deal” to address climate change.)

Taking this perspective, it would seem the specific and special task American progressivism has today is two-fold:

3 thoughts on “Why the New Deal Became the No Deal”