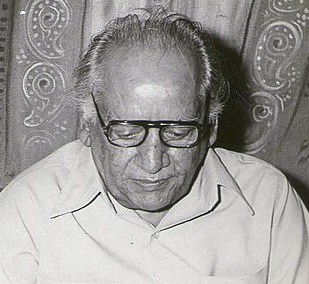 Faiz Ahmed Faiz (1911-1984) was a Pakistani poet and author who wrote in Punjabi and Urdu. In 1951, he was charged with conspiracy to overthrow the government, was sentenced to death, but was released after four years in prison, then lived most of his life in exile. He was awarded the Lenin Peace Prize for his poetry in 1963 and was nominated for the Nobel Prize in literature shortly before his death in 1984.

A powerful poem by Faiz Ahmed Faiz, a progressive Pakistani poet who used his voice to highlight the plight of the common man.