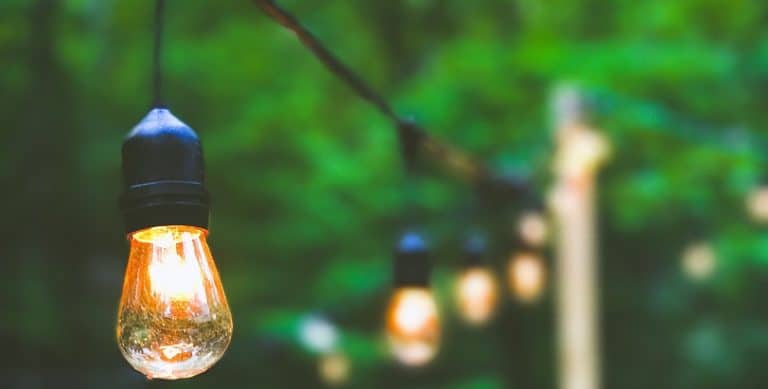 What’s Wrong With The Green Party?

Like many people, I have a store of knowledge and principles that determine the candidates, movements, and political parties I can support. My store tells me the duopoly is an unreformable obstacle to progress, libertarians lack compassion, and independents lack organization. So, I should be a Green, right? Well, not exactly. My store also tells me that changing this country requires enthusing the working class, building coalitions, having a winning economic strategy, and breaking into the mainstream culture on a tidal wave of momentum. Knowing that, how could I possibly be a Green?
Allow me to elaborate. The Green Party has been around for 34 years. They peaked in 2000 with 2.7% of the vote and haven’t progressed since. They have zero momentum. They’re not going to become a viral social-media sensation tomorrow, next week, or next year. All indications are that they’ll be exactly where they are after another 34 years, and the environment will be worse off for it.

Admittedly, the Green Party hasn’t had too much attention during those 34 years, but it’s had enough for people to know it exists (they were blamed for Bush winning). Yet, the masses haven’t flocked to their cause. Why? When I ask, people say “it’s just not for me”. They struggle to elaborate, but, when they do, their responses are essentially about not identifying with the Green’s membership or political focus. The membership is largely made up of students, activists, environmentalists, aging hippies, conspiracy theorists, and middle-class coastal liberals who are too pure and edgy for the Democrats. How is a working-class, middle-aged, factory worker supposed to identify with that? How is a baby boomer supposed to identify with something that looks an awful lot like the thing they grew out of after college? They’re not. And, when the Green Party pick a leader, they choose a reflection of their membership: a middle-class, coastal liberal, who looks and sounds a lot like an aging hippie (who tidied up a bit for the camera), bobbing her head to some imaginary tune that only she can hear. I love Jill Stein, but I can see why others don’t.

As for the Party’s political focus, it’s inextricably linked to environmentalism, despite recent attempts to branch into other policy areas. How far up a list of priorities do you think the environment is for a working family struggling to pay their bills? It’s probably near the bottom, which is why the party does not and has never appealed to the working class. I fear changing this will be near-impossible. The very name “Green” has entered the vernacular to describe anything that’s environmentally sound. When referencing the party, the word conjures up images of grubby student activists and tree-hugging hippies. How can they change this, short of a complete rebranding? I don’t think they can.

The working class is not impressed, but how could they be? What has the Green Party done in 34 years to reach out to labor unions? What have they done to build coalitions, other than to say “join us as a Green or go your own way”? And, when the Green Party presents a platform with some decent working class policies, what do they do with their small amount of media attention? They use it to promote student debt relief. Their student activist base was probably happy. As were a number of middle-class folks who went to university. The factory worker, bus driver, and bartender over there waiting to be represented were less enthused.

Despite this, I could probably forgive the lot and support them anyway if they just spoke sense on macroeconomics. I’ve taken the time to learn Modern Monetary Theory (MMT) and, let me tell you, a progressive party that doesn’t understand MMT is impotent. Unless Greens understand how federal financing works, they won’t be able to implement any of their policies, because they’ll forever be fighting to raise taxes or cut the military to pay for things. While I and most progressives support doing that anyway, most people don’t, at least not on the scale needed to fix our society. MMT explains how this fight isn’t even necessary. It tells us our fiat currency is a limitless social construct that expedites the utilization of labor and resources to meet public needs. What this means is the government doesn’t need an income to produce more currency. It’s resources that are limited. Not money. You’d think this would resonate with Greens, who want a greater focus on the limits of our resources, but it seems they’re too wound up in conspiracy theories and Robin-Hood politics to see a solution when it’s right in front of them. Around 80% of Green delegates recently voted down an MMT proposal related to their platform.

The worst thing is, when I allude to these problems in a conversation, they don’t want to hear about it. If I say the Green Party has image problems, not once have I been asked to elaborate. When I elaborate anyway, they say “stop bashing the party”. How is the Party supposed to achieve electoral success if it can’t acknowledge its faults? It reminds me of Democrats blaming Russia for everything. Instead, Greens blame the mainstream media and political establishment for everything, as if their own Party is some perfect, faultless entity. Yes, the political and media establishment doesn’t like you. Do you expect them to change any time soon? No? Then what can you do to help your party? Nothing? Is it perfect? Ok, bye. See you in 34 years – still getting 1% of the vote.

So, I’ll return to my knowledge and principles and what they allow me to support. In the space of 2 years, the Movement For A People’s Party (MPP) has endorsed MMT macroeconomics, reached out to labor unions about building a 3rd party (and they’re interested), sought to build coalitions (without ordering potential partners to assimilate or go away), has a platform focused on working-class priorities, and has a growing membership of working-class people. They’ve done more in 2 years than the Green Party have in 34, they have the momentum, and they have none of the baggage. The only thing Greens have is ballot access, which will expire in 2018 or 2020 in most states anyway. Even on that point, MPP is already getting signatures from people pledging to support ballot access for their nascent party. The party hasn’t even launched, and yet they’re further along or are achieving parity with the Greens in most areas. That’s momentum I can get behind. That’s something that threatens the duopoly.

Conversely, something that’s been around for 34 years without threatening the duopoly is something that the duopoly is happy to see exist because it only serves to shepherd angry progressives into a vehicle for failure. Well, I’m exiting that vehicle. I’m not an MPP foot soldier yet, but they sure as hell know what they’re doing. A revolution is coming. I can’t tell you which vehicle it will ride in on, but I can tell you which vehicle is broken down by the side of the road. The Green Party needs to find a mechanic (a nice working-class one if they can) or they need to get out of the road because our planet doesn’t have time for them to figure out where the engine is.