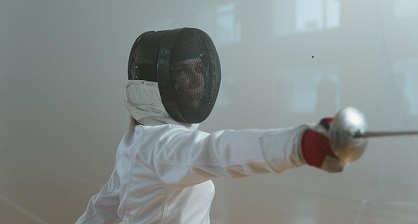 If You Really Care About Social Security, Stop Capitulating To The Left

I woke up this morning expecting to spend the better part of the day writing letters of recommendation for Ph.D. students. Then I came across an e-mail message that had been posted to a list serve that is read by many progressive (some might say “radical”) economists. The subject line read: DEFEND SOCIAL SECURITY so I took the time to read it.

Its author was outraged by the recommendations coming out of President Obama’s “bi-partisan” deficit reduction commission, which he characterized as “disgusting” and something that should “be fought as hard as possible.” Then, having urged “credentialed economists” to “take the fight” to the airwaves, newspapers, Internet, etc., he drew my ire and derailed my morning plans (sorry students) with the following tactical proposal:

“[I]t sometimes is necessary to defend incremental reforms when they’re under attack.”

Allow me to suggest an alternative approach, one that actually would be “radical” and therefore appealing to a self-proclaimed radical: Let’s start telling the truth about Social Security. We are not (or should not be) patsies for the Democrats (or any other political party or organization). We are educators. So let’s educate people on the basic facts.

Fact #1: Social Security is not “broken.” It is not “going broke.” It will, as Eisner told us more than a decade ago, “be there” as long as we protect it from its so-called saviors.

References:
Eisner, Robert. “Save Social Security from its Saviors”, Journal of Post Keynesian Economics, Vol. 21, No. 1, Fall 1998). This is, in my view, the most honest and concise essay on the subject.

Fact #2: The balance in the Social Security Trust Fund is absolutely irrelevant when it comes to the government’s ability to make payments, in full and on time – today, tomorrow and forever.

References:
Eisner (again) who said, “Accountants can just as well declare the bottom line of the funds’ accounts negative as positive – and the Treasury can go on making whatever outlays are prescribed by law”.

Greenspan: “A government cannot become insolvent with respect to obligations in its own currency.” (1997)

Greenspan: “I wouldn’t say that pay-as-you-go benefits are insecure, in the sense that there’s nothing to prevent the federal government from creating as much money as it wants and paying it to somebody. The question is, how do you set up a system which assures that the real assets are created which those benefits are employed to purchase” (2005)

Social Security isn’t broken. It doesn’t need to be “fixed”. Why on earth would we play along with this charade in order to give cover to the Democrats? Doesn’t anyone remember 1983? For anyone who doesn’t, that was the last time we saw “incremental reforms” of the kind many “progressive” economists support. As a result of those reforms, today’s workers are contributing more and retiring later. And for what? Those reforms were supposed to make the system solvent for 75 years. Now, here we are, less than three decades later and it’s still “broken”? And we’re supposed to defend further, incremental cuts?!

I guess it sounds like a small price to pay. An added year to two before retirement, a small hike in the payroll tax, a modest reduction in the cost-of-living adjustment. Whatever. Worth it to “DEFEND SOCIAL SECURITY” according to some. But just look at the impact of one of these so-called “incremental reforms”, taken from a paper I wrote in 2005:

Benefits promised to an average wage earner who retires in 2050 are a full 69% higher than the benefits that were paid to the average retiree in 2004. Republicans argue that these increases are too substantial and that the system promises a full $5,600 more than it can afford to pay to retirees in 2050. To deal with this problem, [they] call for a change in the way future benefits are calculated. If the President succeeds in redefining the formula, the “bend points” will be calculated using an inflation index instead of the current wage index.

At first glance, this might seem like a relatively innocuous adjustment. After all, the historical trajectory for prices is also upward, so benefits will still tend to increase over time. But prices tend to rise more slowly than nominal wages – over the long run – so benefits would increase less rapidly under inflation- indexing.

To see the full impact of switching to inflation indexing, consider the benefits that would be due to a hypothetical 20 year-old worker who enters the labor force in 2005, earns the average wage throughout her working life (roughly $36,500) and retires at age 65 in 2050. Using Congressional Budget Office (CBO) projections, she would be scheduled to receive benefits of roughly $22,000 (in today’s dollars). Thus, under the current system, she would receive $459,800 in guaranteed benefits over the course of her retired life (estimated at 20.9 years).

Now consider the impact of indexing to inflation rather than nominal wage growth over this same period. During the relevant period, the CBO projects that nominal wage growth will outpace inflation by 1.2 percent (i.e. real wages will grow at 1.2 percent). With the “bend points” indexed to inflation beginning in 2009, this worker will lose 1.2 percent of her scheduled benefit in each of the 39 years (2009 to 2047) included in her benefit calculation, leaving her with only 62.8 percent of her scheduled (2050) benefit. This amounts to a reduction of $8,184 in her annual benefit (0.628 x $22,000), which translates into a $170,000 reduction over the course of her lifetime!

So there you have it. Incremental reform? I doubt the twenty percent of retirees who rely on Social Security as their only source of income would agree. (Or the 60 percent who rely on it as their primary means of subsistence in retirement.)

Funding Social Security is always and everywhere a political choice. The strongest evidence of this comes directly from the 2009 Annual Report of the Trustees. In that report, they predict gloom and doom for Social Security because “there is no provision in current law that would enable full payment of benefits, once the Trust Funds are exhausted”.

In contrast, the Supplementary Medical Insurance (SMI) Trust Funds are “both projected to remain adequately financed into the indefinite future because current law automatically provides financing each year to meet next year’s expected costs.”

It does not take courage to rally around the liberal mantra (Obama, Reich, Baker, Krugman, etc.) regarding ‘entitlements’ and ‘tough choices’. It takes courage to speak out against it.

2 thoughts on “If You Really Care About Social Security, Stop Capitulating To The Left”