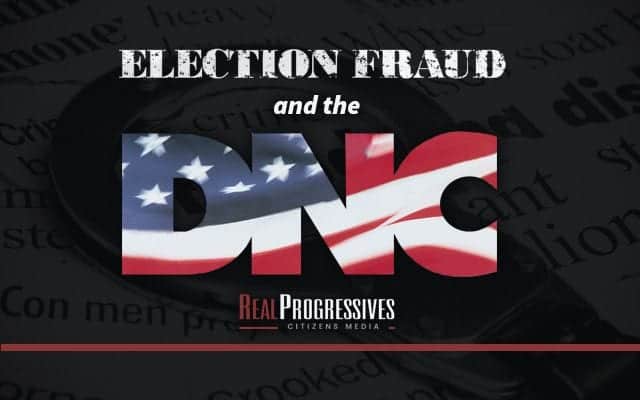 Election Fraud and the DNC

US Presidential elections have sometimes been very close, have been contested in various ways, and are never short on surprises. However, the year 2016 will go down in the record books as the first Presidential election in which election fraud and voter suppression clearly determined the outcome of one party’s primary electoral process. Although it was certainly not the first year of voter suppression and electoral fraud, it will go down as the first year that a significant number of Americans became aware of the problem, and know that something must be done about it.

In all of the Presidential elections between 1936 and 2012, Gallup polling has correctly predicted the winner in all but 3 cases. In the 1976 election, Gallup had predicted that Gerald Ford would win the election, when, in fact, he lost to Carter by two percent. Going into the 2000 election, the Gallup poll had Bush leading by 2 percentage points. During the election, Bush maintained 48%, but Gore gained two percentage points, thus resulting in a hard-fought contested election.

The dead heat 2000 Presidential election became historical on several counts. First, it was the first that voter suppression, especially of African-Americans, was recorded as impacting the outcome of the election. Second, it was the first time that the US Supreme Court became involved in deciding an election’s outcome.

In Florida, voter suppression had commenced prior to the 2000 Presidential election. As governor of Florida, Jeb Bush; and then-Secretary of State, Katherine Harris, launched a campaign to enforce an old law on the books which prevented felons from voting. Fifty-eight thousand alleged felons were purged from the voting rolls that year, just prior to the General Election.

The 2000 Presidential election in Florida ended up being so close that an automatic recount was initiated two days after the election. During the recount, stories of hanging chads, and butterfly ballots were commonplace in MSM. These stories would receive the majority of coverage by journalists instead of stories about the purged voter rolls. After thirty-six days, Katherine Harris unilaterally certified the election, claiming that Bush won by 537 votes. Presidential candidate Gore’s legal team protested Harris’ certification and filed an appeal for another recount in Florida court, which ultimately sided with Gore. Subsequently, Bush’s legal team, which included US Senator to-be Ted Cruz, and the future chief justice of the Supreme Court, John Roberts, appealed the Florida court decision to the US Supreme Court, which ultimately issued an opinion siding with Bush. Therefore, Bush went on to become the 43rd President of the United States.

What the media ignored, and nobody wanted to discuss at the time, was the fact that Jeb Bush’s voter suppression had illicitly removed an estimated twelve thousand eligible voters from registration rolls. Of those voters, approximately forty-four percent were African-American. It is estimated that approximately ninety percent of the purged African-American voters would have voted for Gore. Because of the illicit purging, 4,752 would-be Gore votes were never cast-almost nine times more than Bush’s Florida margin of victory. This election demonstrated that, even in a Presidential election, suppressing even a fairly small number of votes can forever alter the outcome of an election.

Prior to the 2004 Presidential election, the Gallup poll predicted another very tight race, with Bush and Kerry each polling at 49% percent. On election day, November 2, 2004, it appeared at first that the Gallup poll had underestimated Kerry’s strength. According to exit polls at 7:54 that evening, Kerry had an estimated three hundred electoral votes to Bush’s one hundred and seventy-five. As the last polling stations closed in California, exit polls showed Kerry winning by more than 1 million votes. Many Americans went to bed thinking that there would be a new President in 2005.

By the next morning, Bush ended up with two hundred eighty-six to Kerry’s two hundred fifty-one electoral votes. The exit polls had been very wrong. Based on the exit polls, CNN had predicted Kerry defeating Bush in Ohio by a margin of 4.2 percentage points. Instead, election results showed Bush winning the state by 2.5 percent. Bush also tallied 6.5 percent more than the polls had predicted in Pennsylvania, and 4.9 percent more in Florida. According to an expert in research methodology, Steven Freeman, the odds that exit polls of three states could vary so significantly from the actual results are one in 660,000. Interestingly, the greatest disparities between exit polls and the official vote count came in Republican strongholds– a pattern that suggested Republican election officials stuffed the ballot box in Bush country.

”When you look at the numbers, there is a tremendous amount of data that supports the supposition of election fraud,” concluded Freeman. ”The discrepancies are higher in battleground states, higher where there were Republican governors, higher in states with greater proportions of African-American communities and higher in states where there were the most Election Day complaints. All these are strong indicators of fraud — and yet this supposition has been utterly ignored by the press and, oddly, by the Democratic Party,” Freeman continued.

A fast forward to 2016, illustrates why in 2004 the Democratic Party did not contest what was clearly election fraud against Presidential candidate Kerry by the Republicans. The same issues and concerns have arisen following the 2016 Democratic primary. A Bloomberg Politics survey taken in March 2016, showed Sanders with a slight lead on Clinton. But, according to actual primary voting results, Clinton was winning by a significant margin.

In 11 of the 25 primaries, the exit poll discrepancies favored Clinton by more than the margin of error, including one primary that was twice the margin of error. The probability of this happening without fraud is 1 in 77 billion, according to mathematician, Richard Charnin. Some have used the argument that the exit polls are inaccurate. However, exit polls conducted for the Republican primary, many at the same time and polling places as the Democratic primary, were extremely accurate. Two exceptions were: West Virginia and Texas, which had discrepancies disfavoring Trump.

There were other glaring inexplicable discrepancies in the 2016 Democratic primary, as well. It has been demonstrated that in states having a paper audit trail, Sanders won by an average of 2%. On the other hand, in those states without a paper trail, Sanders lost by a whopping 30%. Likewise, in 13 of the 14 states using the caucus system, Sanders won with an average of 65 percent. It is clear that the election was rigged and the American electoral system is structured to permit it, as well as conceal it.

In addition to election fraud, the 2016 Democratic primary was plagued with complaints of voter suppression, as a result of reduced polling places, reduced early voting timeframes, photo ID requirements, and questionable purges from registration rolls. According to Justice Gazette, in Arizona alone, there were an estimated one million voters who were disenfranchised, most of whom were Sander’s supporters. In California, the Democratic primary results were certified even before 2 million mail-in ballots were counted.

Just prior to the Democratic convention, Wikileaks publicly released numerous DNC hacked emails. They became the proof that the DNC not only violated its charter of neutrality by favoring Clinton, and that powerful Clinton supporters became involved in and favored voter suppression techniques as a way for Clinton to gain an advantage over Sanders. A RICO complaint which alleges voter fraud against Bernie Sanders has been filed against the DNC, and Debra Wasserman Schultz.

Because electronic voting machines are vulnerable to hacking, Germany, Canada, France, Ireland, Italy, Denmark, Finland, and 53 other countries have banned their use and rely solely on the hand counting of paper ballots. To maintain its truly Democratic spirit, as well as gain the respect of other nations, the United States must follow suit.

We, the people need to demand that voter suppression end. We must require that voting be done with paper ballots and those that leave an audit trail in which votes can be verified. Until our election procedures undergo such reform, in a comprehensive manner, voter suppression will continue. That is not an acceptable outcome for the American public or for any real progressive.