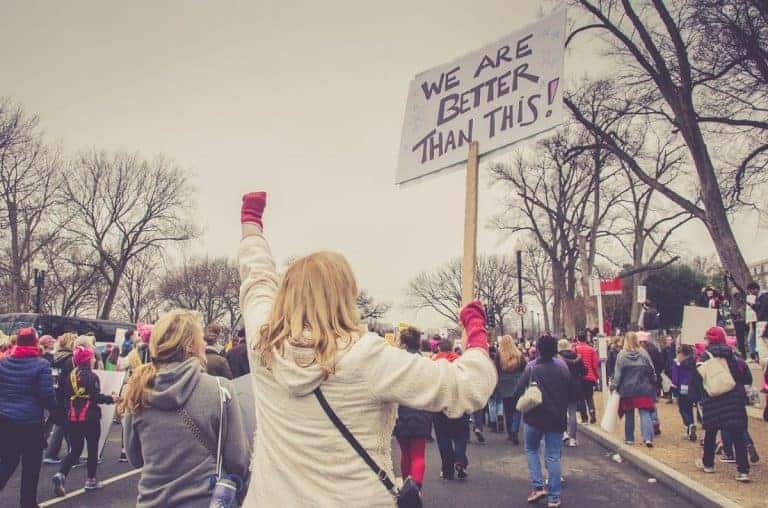 Response To The Powell Memo: A Progressive Blueprint Part 6

What follows is Part 6, the final installment of a direct rebuttal to the original Powell Memo, frequently using Powells own words, which instead offers a progressive plan to take back the country from the ravages the corporate oligarchy has committed on the American people and restore the freedoms and protections to which we are entitled. Read Part 1, Part 2, Part 3, Part 4, and Part 5.

A More Aggressive Attitude Toward Activism

We must devote ourselves to organizing, not only to develop a new political coalition but also to resist the State. The oligarchy is not going to give up their power without a fight, but as the poem by Shelley states, Ye are manythey are few! And they know it.

For many years, the progressive movement has been far too tolerant of those who attack the rights and entitlements due to the American people. The Democratic Party, which likes to paint themselves as working for the good of the average American, has been one of the most complicit in the corporate takeover of the government. They have been disposed to appease Republicans; to wrongly regard the opposition as willing to compromise, or as likely to fade away in due time. It is now essential that members of the Progressive movement at all levels and at every opportunity be far more aggressive than the Democrats have ever been in the past.

There should be no hesitation to replace not only the Republicans but also the Democrats and others who openly seek the destruction of the American people. There should not be the slightest hesitation to press vigorously in all political and social arenas for support of single-payer health care, free college education, clean energy, and a Federal job guarantee. Nor should there be reluctance to politically penalize those who oppose it.

Removing the rot deeply entrenched in our political system will not be easy, but is necessary if we want to live in a working democracy that benefits every citizen, not just the wealthy few. One thing is certain: capitalism is unsustainable and must be replaced with some type of socialist model in which no individual can amass obscene amounts of money. The economic Calvinism has got to end.

We can learn much from revolutions of the past, the most successful of which have been primarily peaceful. According to Erica Chenoweth, an expert in civil resistance, it takes only 3.5% of a population engaged in sustained nonviolent resistance to topple brutal dictatorships. But its getting that 3.5% of Americans activated that is going to be the major challenge. Most are apathetic, or maybe things just aren’t quite bad enough yet, or they have been well brainwashed by the government and corporate media that this is how things work and can never be changed.

Activism needs to be concentrated first at a community level, to create a safety net for people community-wide for when capitalism finally collapses, which it must, given the US government is unwilling to spend US dollars for the public purpose. Capitalism is not a sustainable system on a planet of limited resources. There are, however, sufficient resources for everyone if we manage them wisely and dump the use of fossil fuels. This will involve setting up local cohousing communities, food and medicine cooperatives, and implementing alternate local currencies, similar to the kinds established in UK towns such as Lewes and Totnes.

For progressives to truly enact change, they must begin organizing for a series of massive, prolonged general strikes. Because the US is monetarily sovereign and can produce as many dollars as it needs, the government doesnt care if you dont pay your taxes, which dont fund anything anyway. They do care, however, if you refuse to produce the goods and services it needs to keep functioning. Stop working for a while, bring commerce and travel to a halt, and you can be sure the government will start to listen.

Make no mistake: the government will throw everything possible at activists and striking citizens to get them back to work. In some instances, strikes are illegal. But given the government has shown that it cares nothing about the rule of law nor the rights engendered in the Constitution, the people have earned the right to throw off their tyrannical government in whatever way they deem necessary. Violence, however, is ineffective when dealing with a highly militarized nation. Holding the economy hostage is how to strike the oligarchy where it really hurts.

Essential ingredients of the entire program must be responsibility and quality control. In these days of fake news the publications, the articles, the speeches, the media programs, the advertising, the briefs filed in courts, and the appearances before legislative committees all must meet the most exacting standards of accuracy and professional excellence. Facts must be double- and triple-checked for accuracy to ensure the progressive movement is perceived to be truthful, whether others agree with our viewpoints or not.

Conservatives have framed any sort of government regulations as a threat to traditional American freedoms and stress that these restrictions are antithetical to democracy. Corporations are particularly anti-regulation because those regulations interfere with their bottom line. More regulations mean lower profits. And the right has brainwashed a large segment of the general public into believing fewer regulations are in their best interest.

Regulations exist for a reason, and government regulations are all under attack at the moment because regulations interfere with corporations bottom line. Corporations dont care about you. Thats why its the governments job to ensure they do not harm Americans with dangerous practices. As linguist George Lakoff suggests, we should start referring to these not as “regulations,” but as “protections.”

Our true freedoms, those supposedly guaranteed by the Constitution, have been seriously curtailed since 9/11. The Patriot Act, the NDAA, and ubiquitous government surveillance of every type of communication have long ago erased the freedoms those who fought the first American Revolution died for.

As for economic freedom, we could have that already if the common citizen understood how post-1971 economics worked. Since the US was unpegged from the gold standard, as a monetarily sovereign nation, it can always pay its bills. The government is the sole issuer of the US dollar (not the Fed, as people believe).

Its not government debt that is keeping people from having a good standard of living, its private debt. Who would the government owe if it is the sole issuer of the currency? The government debt is really just assets in the pockets of the people. But the government has put the onus on private citizens to get private loans from banks to pay for things such as health care, college education, and other things that the governments in other countries pay for (even those that are not monetarily sovereign).

All it would take for every American to have free health care, free college, clean energy, and a guaranteed job or basic income is for Congress to decide on a budget for all of it and the president to sign it. At that point, the Fed releases the funds and the American people are taken care of.

But of course, that means the insurance industry, the fossil fuel industry, and the military industrial complex would not be able to rake in the huge profits they had been able to before. Here again, is where the general strike comes into play.

Teaching the American people (but above all, those in the Progressive movement) the basic concepts of Modern Monetary Theory is crucial if they are to understand that they are living in a prison with invisible chains. Most people hate economics, but the basics should be made easy for them to learn. Simple ideas such as Federal taxes do not fund spending can be introduced relatively easily through social media, t-shirts, bumper stickers, etc.

Its not enough to be against the crimes committed by the government against the people, we must have a clear vision and direction of what we expect for the future. The people must once again take charge of our government, and rather than resist the treasonous government we have, replace it with a better one that works for all the people. Our country has come far from the principles of democracy that its founders envisioned. We have no time to spare. The American people are in deep trouble, the environment is on the brink of disaster, and the hour is late.