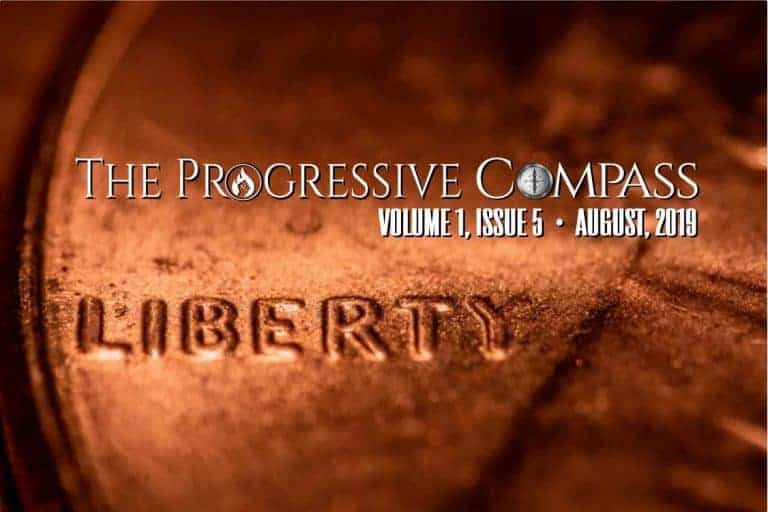 My Family Looks Like One the El Paso Shooter Hated

As news poured in during the shooting in El Paso, I looked at my girlfriend who has family in Texas, and we braced for the things we knew were coming. “Mexicans”, “border”, “illegals”… we knew those were coming because it’s the new normal.

We have fewer than 60 days to tell Trump and the USDA to stop destroying our nation’s safety nets. SNAP is an investment, not a burden. The United State is one of the wealthiest countries in the world and a major food producer. The US can certainly afford SNAP as a country and as a people; this is a fact. Let them know that we do not want three million more Americans starving by signing and sharing this petition and public comment form.

VIDEO – If both the unemployment rate and money growth don’t cause inflation – and the people understand this – they will see through more of the lies and propaganda.

There is a way to have a caring economy – economists have been studying this for decades – yet most people don’t know about it. Invite friends to come learn how this is possible at this free public lecture at Carnegie Library Lecture Hall (Pittsburgh, PA). Click the link above to RSVP and get more details. Can’t attend in person? Watch the live stream of the event on Facebook at Real Progressives!

The 3rd International MMT Conference will be at Stony Brook University on Long Island, NY. This year’s agenda includes “MMT and the Green New Deal,” “Money, Race and Civil Rights,” “Digital Money and the Future,” and so much more. Real Progressives will be there in full force.

Real Progressives focuses on seven knowledge areas. This month we are spotlighting Economic Justice as it applies to the Green New Deal.

We cannot continue on our present path and expect the world to become a better place for our children. It is for this reason that we absolutely must solve our economic and environmental ills through the Green New Deal.

What’s Wrong With the Green Party?

The Green Party must appeal to the working class if it expects to gain electoral success, but even that might not be enough to resolve their image problems.

“How Are You Gonna Pay for That?” With Dr. Fahdel Kaboub

VIDEO – Dr. Fadhel Kaboub, President of the Global Institute for Sustainable Prosperity, dispels various myths while explaining how we can pay for a Green New Deal, Medicare for All, and tuition-free college – without inflation.

MMT is the cornerstone of the Real Progressives movement. As such it is constantly under attack.

Seize The Means of Production of Currency – Part 2

The Tribune recently published an article unequivocally titled “Against MMT.” Here is part 2 of the response by Bill Mitchell and Thomas Fazi, leading proponents of Modern Monetary Theory, arguing that socialists should not be afraid to “seize the means of production of money.”

Dispatch From the Trenches Part 1: Classism, Paternalism, Neoliberal Assault on the Poor, and UBI as the Deus Ex Machina

Warren Buffet famously said, “There’s class warfare, all right, but it’s my class, the rich class, that’s making war; and we’re winning.” Indeed. The assault on the poor has been going on for more than 40 years, starting with the Powell Memo which served as the blueprint for class warfare.

The Name ‘Progressive’ – Its Proponents, Would-Be Usurpers, and Wannabe Exploiters

What does it mean to be a progressive? This article fleshes out the definition and how the label has been used – and misused – in politics.

The world can break free from the money matrix by understanding Modern Monetary Theory.

These are selections from Real Progressives’ audio and video work, from our Macro n Cheese podcast to our various live streams and video interviews.

Propaganda, Revelations, and Prosperity: The End of Neoliberalism (with Scott Ferguson) 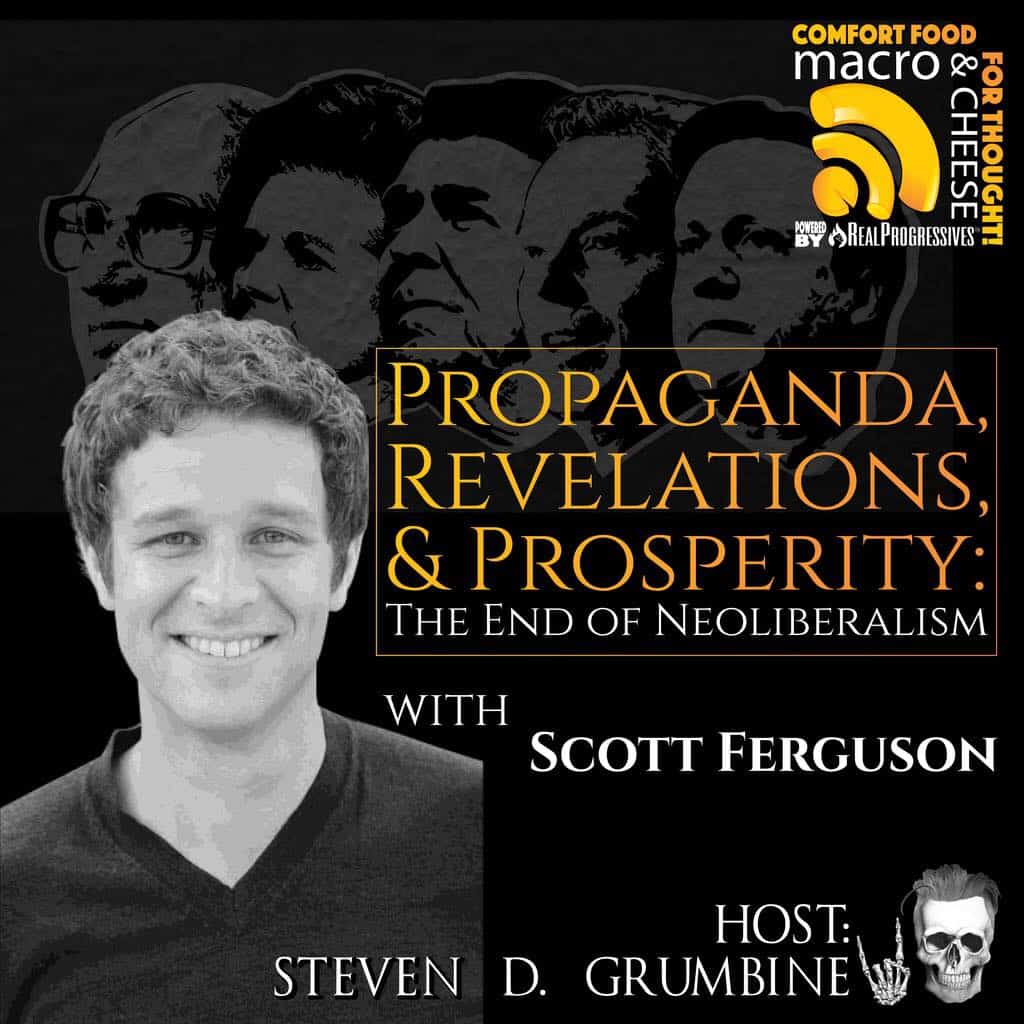 VIDEO – Nations use automatic stabilizers to avoid catastrophic economic changes. Food stamps are one of these hedges; it’s one of the measures to keep the economy from tanking. At $1.39/meal, it helps keep some money moving into local economies (and incidentally helps people). If you haven’t already, sign the petition and public comment form TODAY. Let’s not allow 3 million more to starve while congress vote to raise the bloated military budget.

VIDEO – Elizabeth Warren, is not polished on the new progressive issues she borrowed from Bernie. She has never stood up well to Trump. Third Street doesn’t believe Warren will stick to her progressive ideals and Wall Street is warming to her. The neoliberal corporatists are terrified of Bernie Sanders. Warren has stated she will take corporate money if she gets the nomination!

Trisha on Governments and Corporations

VIDEO – Climate Emergency: What can we do when governments and corporations will do nothing?

MMT, Taxes, and What Drives Currency

VIDEO – The real reasons for taxation – and why taxes do not pay for anything on the federal level. 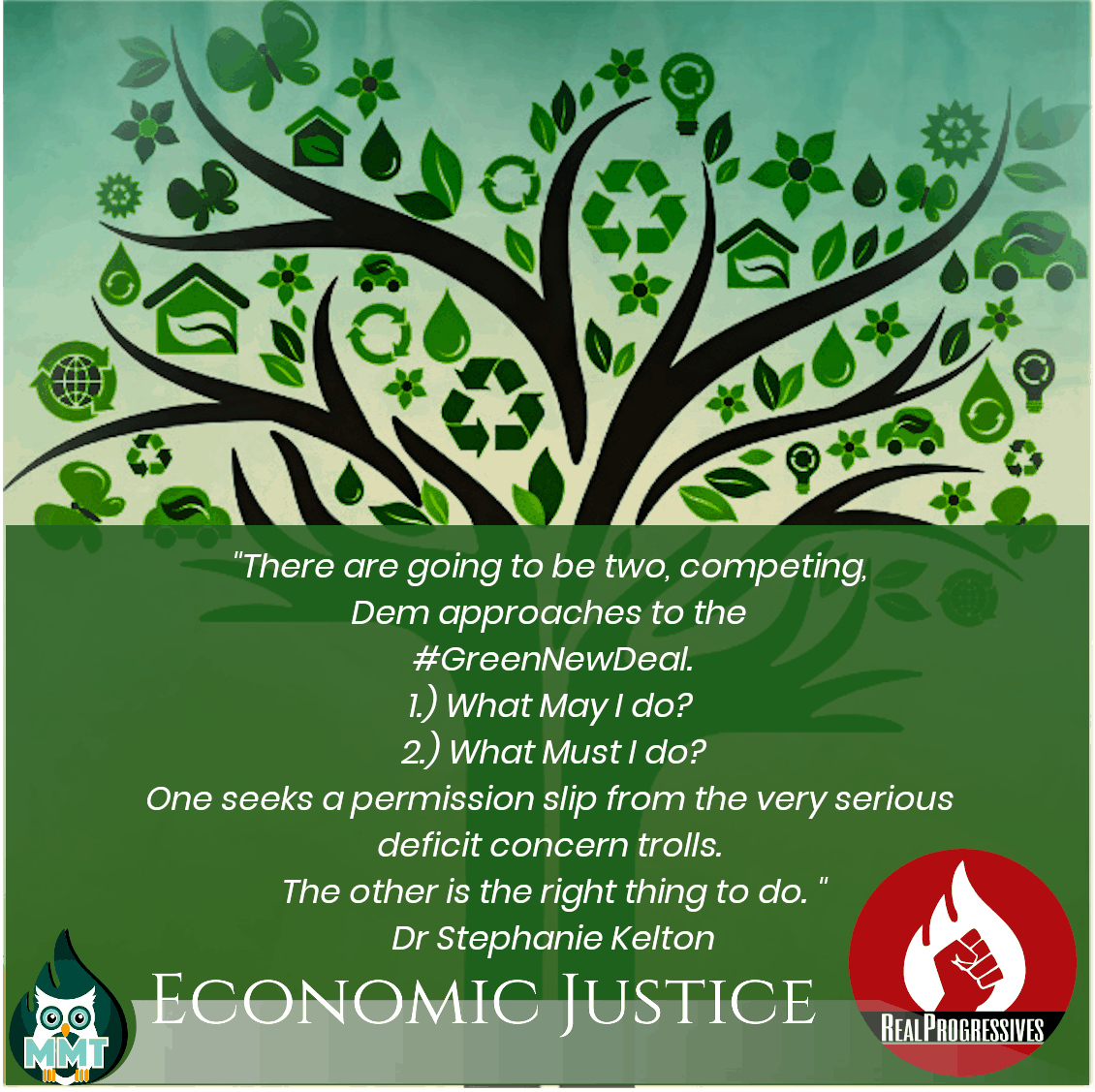 We hope you enjoyed this issue!

Send this to a friend, they too can sign up to get mail here! You can find previous issues of The Progressive Compass here.

Please help our Real Progressives efforts and become a monthly donor at PayPal or Patreon.

Thank you for the continued support.

Explore these and many more potential volunteer roles with Real Progressives. We’ll train you!

Do you have questions? Send us an email at info@realprogressives.org