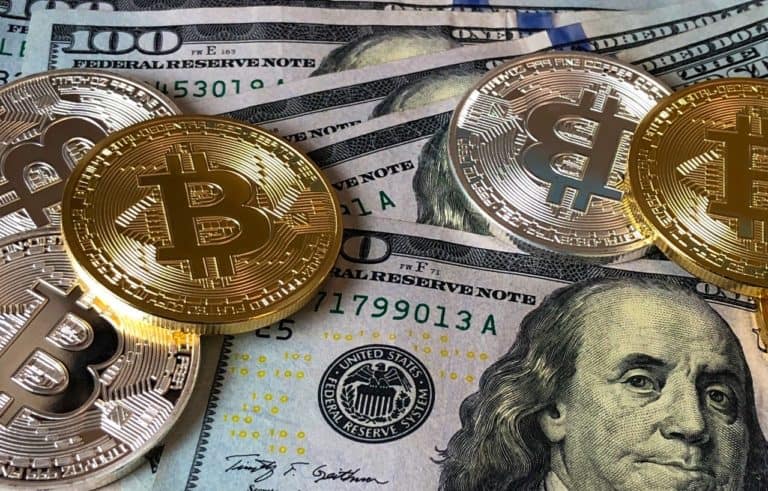 Implications of El Salvador Adopting Bitcoin as a Currency

Salvadoran economist Lourdes Molina writes (the emphasis is their own) (Google translated):

It seems that as a country we are destined to be governed by politicians who love the “early rises”, where important decisions for the life and the possibility of development of the country are made with their backs to the citizens, in a hasty manner, without any kind of debate (or technical, or political), and without any evaluation of costs and impacts. It happened to us with dollarization, with the election of second-level officials, with free trade agreements, reforms to the pension system, and now it happens again with “bitcoinization.”

The “plans” to introduce a law to adopt Bitcoin as legal tender were revealed one weekend, from the mouth of a third party, in a video in English. Once again, the population, which should have been the first to learn of these intentions, was the last to do so. The plans were finalized on Tuesday, June 8, when the Minister of Economy presented the bill in question to the Legislative Assembly.  Less than 5 hours later, the law was approved.

With the approval of the law, many more questions have arisen than answers, and, so far, the authorities have been unable to answer them, what’s more, it is not even known whether within the government itself they are clear about the implications of Bitcoin as instrument of public policy or even if there was an attempt to assess them before making the decision to present the bill. Such is the improvisation that, even, the contradictions became patent: while in the legislature it was affirmed that the use of cryptocurrency would be voluntary, at the same time, President Bukele affirmed the opposite in social networks. Finally, as approved, its use will be mandatory.

The implications of the Bitcoin Law have different facets: economic, social, technological, environmental, and of course, fiscal. In each of these dimensions there are still many questions pending to be resolved and considering the complexity of the answers, this time I will focus on sharing some of their implications in economic and fiscal matters.

The main concern with the use of Bitcoin is that it is a virtual asset with a high level of volatility, whose value depends on a market in which decisions are made based on speculation and outside the regulation of any monetary authority. It is not for nothing that several Nobel laureates in economics refer to cryptocurrencies as the perfect example of speculative financial bubbles.

The foundation of Bitcoin’s worth is scarcity.  It is not by circumstance, but by design, that each “coin” costs miners more electrical and computational resources   to produce than the ones before. Mining is done by using computers to solve enormous mathematical questions that, unfortunately, have no practical use. Early on coins could be mined with the CPU in your personal computer, but now mining is done with specialized hardware, and only where electricity is cheap enough. There is a 21 million coin maximum written into Bitcoin’s source code. More than 18.7 million coins have been mined since 2009, but the remainder of less than 2.3 million coins is projected to take more than 100 years. Underneath all the market speculation, Bitcoin’s value comes from this accelerating ecological spiral of resource consumption. El Salvador is estimated to have 791 MW (megawatts) of geothermal potential, and is already generating over 200 MW. However, University of Cambridge calculates Bitcoin’s present energy consumption (updated every 24 hours) at somewhere between roughly 3,000 and 20,000 MW. Meanwhile, El Salvador is importing about 20% of its electricity, while 65% of its capacity under development will use fossil fuel, and its average citizen is only using 10% as much energy and about 7% as much electricity as an American does. Any notion that this is improving Bitcoin’s environmental footprint is an utter and unfunny joke. As is any suggestion that this will improve the quality of life for El Salvador’s unbanked working people, who already pay more on average per unit of electricity and earn much less for their labor than workers in the United States. Coinbase, one of the leading cryptocurrency trading platforms, reported that in just the first quarter of 2021, their retail investors (individuals like you) exchanged $120 billion in cryptocurrency, but for institutional investors the figure is $215 billion (an increase from the fourth quarter of 2020 of nearly 300% in both categories), with 39% of the volume being Bitcoin. Back in El Salvador, President Bukele is offering citizens $30 each, provided they sign up for government issued digital wallets that are yet to be created.

El Salvador’s 2019 GDP was about 27 billion dollars. The market cap for Bitcoin on this day topped out at about $594 billion, which is a drop from yesterday’s $669 billion of about $75 billion, or 2.8 times the size of El Salvador’s entire annual economy. The GDP of El Salvador also equals less than 1/5 the current wealth of Elon Musk, whose transparently manipulative tweeting will most likely continue to have a greater effect on Bitcoin’s value than its adoption by a few small global-south economies. If El Salvador went backwards into requiring businesses to take out their scales and accept gold, instead of forward (but really also backward) into requiring them to accept Bitcoin – would it mean that gold is suddenly a wise investment internationally, or would it threaten the global economy?  Would it improve equality?

El Salvador does not have its own sovereign currency and instead uses U.S. dollars. They have not announced that Bitcoin is replacing the dollar, instead they are going to be used alongside one another. Forcing businesses in El Salvador to accept Bitcoin does not change that Bitcoin has a price measured in U.S. dollars. It also does not mean that any of El Salvador’s trading partners will accept Bitcoin as payment. Any Bitcoin that a business in El Salvador is forced to accept will have to be sold for U.S. dollars before that business can use the income to import. Which means they had better become adept at predicting its wild fluctuations, such as the recent single-week 40% price drop if they want to survive for long. It should be obvious that this could lead to turmoil and further poverty in El Salvador if businesses cannot refuse what is not an actual currency, and that the world, then, will not even notice.

While the situation in El Salvador might very well be a publicity stunt to stimulate global-north investors, that does not mean the many warnings surrounding cryptocurrencies are all unfounded. Many economists point out that Bitcoin has an innate value of zero, unlike other assets, for example, the real estate market (people need houses and other products, Bitcoin mining does not offer anything useful beyond its scarcity), but that both are subject to excessive amounts of debt-leveraged speculation. That the cryptocurrency market went from a value of more than $2.5 trillion in May of ’21, to less than $1.2 trillion as of this writing in June, represents a deletion of value nearly 25% the size of the housing-market-bubble collapse that brought us the great recession. That is why there are newly suggested Basel requirements (bank regulations) that cryptocurrency investments should require a 1,250% risk weight. Will it be enough? How much greater will speculation have to be, and how much further will we entangle it with the rest of the economy, before it causes a new financial catastrophe that can only be alleviated by a sovereign-currency? The banks will, of course, be bailed out. Will you?