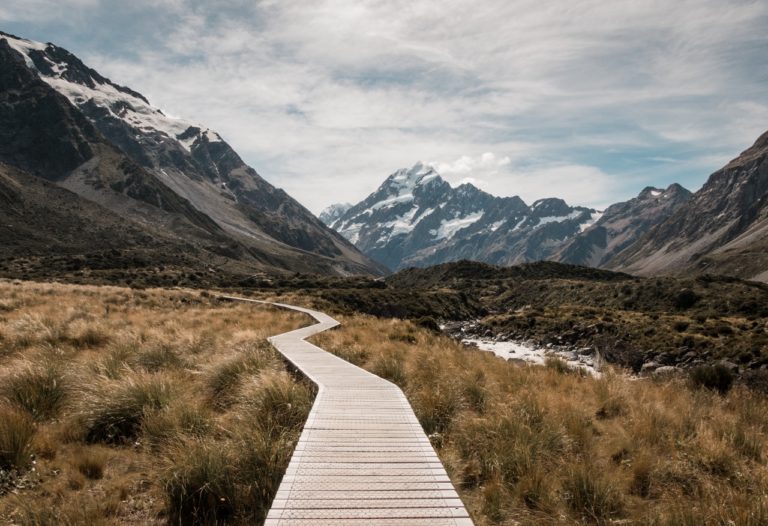 My Path to Becoming A Real Progressive

I suspect there are still many voters and registered Democrats who were like me in 2016.

I believed the Democratic Party represented me – a liberal American concerned about civil liberties, individual rights, democracy, and free enterprise. In short, I believed the party was socially progressive and promoted social welfare.

I believed these things about the party which is why I toed the party line.

From the 1990s onward, I was largely indifferent to politics. I had a passive attitude towards what happened in Washington. Only every four years did politics become sort of interesting. I didn’t follow the primaries. Whoever won it and was declared the candidate got my vote.

I recall reading a Facebook post about Bernie Sanders the November before that. He sounds genuinely progressive. And he has grassroots support, I thought. The first few months of 2016 roll around. By that time, it was clear Bernie was the preferred candidate. His crowds were larger. His supporters, more passionate. Then in April, after the first major state primary (New York), there was the first scandal. Voter rolls had been purged. Ballots had disappeared. Hillary had won despite her visibly smaller popular support.

How the hell could she have won?

On March 5th, Democrats Abroad (Philippines) held its primary. Democrats Abroad (DA) is the official arm of the Democratic Party for some nine million Americans living outside the United States. Its country committees across Europe, the Americas, the Middle East, Africa, and Asia help voters like me, who live abroad, participate in the political process.

Democrats Abroad has 13 delegates to the national convention. It is recognized as a “state” party by the Democratic National Committee (DNC) and is represented on the DNC by eight voting members.

DA Philippines, like its counterparts, maintains its own website. Everyone is an unpaid volunteer. In January 2016, the webmaster offered me her position. I accepted and the country chair approved me for the role. Within a week or two, someone wanted to post a pro-Bernie article. It was the only content in the entire website that wasn’t pro-Hillary. I approved it but was incredibly surprised when I received an email from my predecessor instructing me to take it down. “Why,” I asked. Her reply: “We must be united. Vote Blue no matter who,” she said. I refused and before the week was over, I was replaced. I was shocked.

Then in early-March, at the DA’s makeshift voting place, after casting my vote and taking a seat, I fell into a conversation with another voter. He had traveled all the way from somewhere in northern Philippines. We discovered that we had both voted for Bernie. We were chatting along when I happened to glance at two women seated across and facing us. One was Asian, probably Filipino, and probably a naturalized American like I was. And, wow, were they glaring at us.

I did a double take. My fellow ‘Berner’ saw it, too. No words were exchanged, but I was taken aback by the hostility in their eyes.

Bernie, by the way, handily won DA Philippines and, indeed, nine of 13 delegates to the national convention were pledged to him.

But we all know what happened next. The Democratic Party violated its charter – its very own laws, its very constitution – in order to squash the will of the majority of its members and install its own. Read the relevant section for yourself:

“In the conduct and management of the affairs and procedures of the Democratic National Committee, particularly as they apply to the preparation and conduct of the Presidential nomination process, the Chairperson shall exercise impartiality and evenhandedness as between the Presidential candidates and campaigns. The Chairperson shall be responsible for ensuring that the national officers and staff of the Democratic National Committee maintain impartiality and evenhandedness during the Democratic Party Presidential nominating process.”

Why did Trump win in the first place? Because the DNC’s strategy blew up in their face.

Hillary was widely unpopular. She was (and still is) so disliked that the DNC cleverly decided that if she went up against a Republican who was an outsider with a controversial reputation, she would win.

Numerous articles expound on this but let me just quote Hillary’s very own message to the DNC dated April 7, 2015:

Elevate Trump as Pied Piper candidate. Instruct media to treat him as a serious candidate. Regards, HRC. This email was part of the Wikileaks archive of March 16, 2016.

Hillary’s message floored me. It implied she had influence beyond the Democratic Party. Why would a contender for the Democratic nomination express a preference for an outside candidate to become the Republican nominee? It hints of the existence of a group that transcends both political parties. And one that Hillary belongs to.

If so, this raises a lot of questions and would change my perception of the true nature of American democracy.

It would explain, for instance, why the Democratic establishment did what they did to Bernie, the more popular candidate, in 2016 and, again, in 2020.

The primaries of both years were rigged. This shadowy group could control who won the nomination, but they would not interfere in the general election. They did this in order to retain the illusion of American democracy.

Five years later, I am now convinced the Democratic and Republican parties are two parties representing the same constituents – the ultra-rich.

These two parties are a duopoly whose differences appear to be ideologically different but are, in fact, united in agenda.

One example to support this conclusion should suffice and that is the minimum wage.

There is no single move that would improve the lot of working Americans (especially minimum-wage workers) and stimulate the economy like a higher minimum wage.

Speaking as someone whose college major was economics, I cannot conceive of a single move that can accomplish these two things – improve the well-being of the working class and stimulate the economy – like raising the minimum wage.

This move is long overdue. It was last raised in 2009 and, since then, the cost of living has increased 20%. The cost of essentials, such as housing and healthcare, have increased even more.

In 2020, a worker had to earn $20 an hour to afford a modest one-bedroom apartment, according to the National Low Income Housing Coalition.

The Dems just submitted a bill raising the minimum wage from the current hourly rate of $7.25 to $15 over the next four years. Such bullshit. Were the bailouts they approved last year with the Republicans going to take four long years to distribute? No.

There is no good reason for an incremental approach. None.

The Democratic Party does not represent us. It is controlled by and represents an exceedingly small group of very wealthy and powerful individuals whose greed (and hubris) know no bounds. These oligarchs and plutocrats control the Republican Party as well. Our struggle is not about ideology. It is not about the left versus the right. Our struggle is about the poor versus the rich. It is about the have-nots versus the powerful. Its theme is as old as civilization itself. Brace yourselves for this system is going to implode – soon!